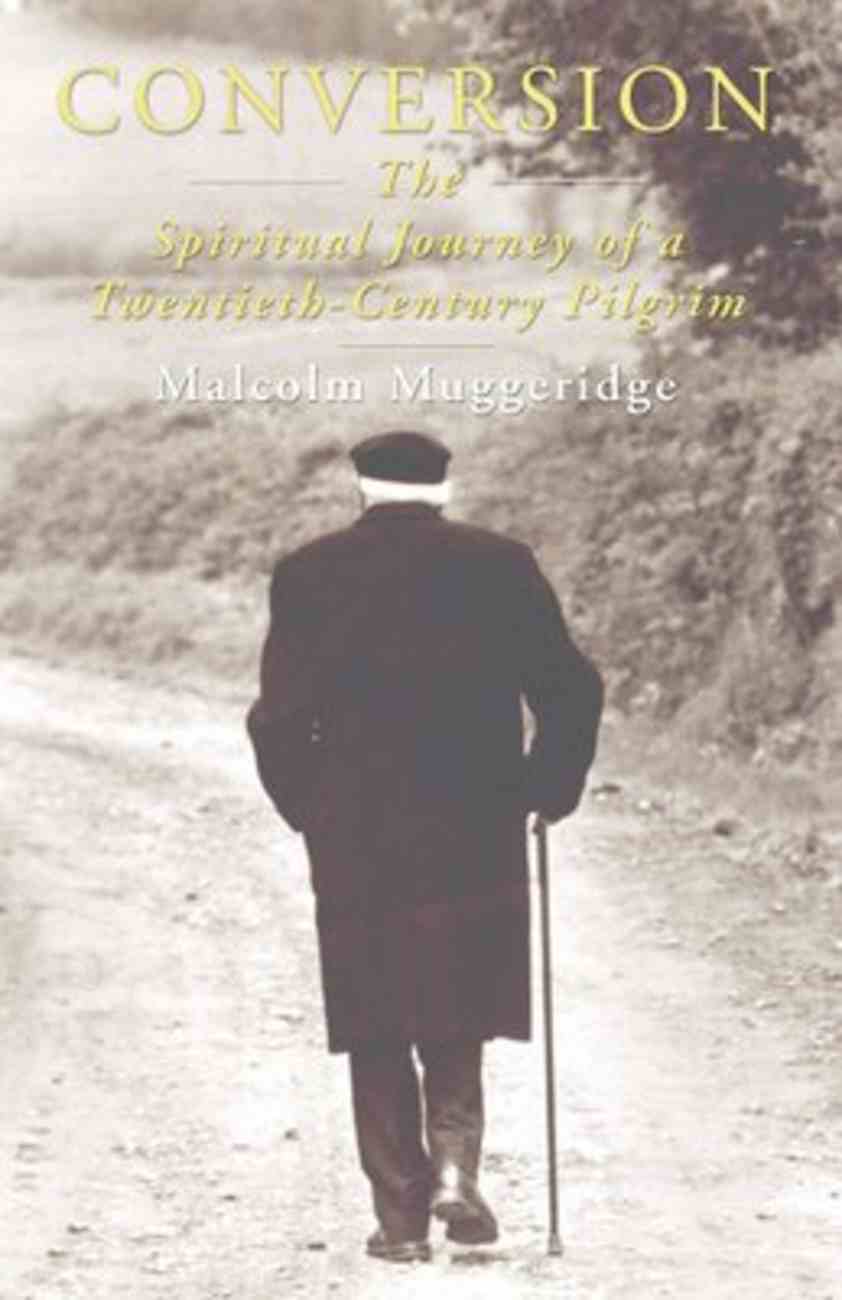 From the book: Ò What is a conversion? The question is like asking, 'What is falling in love?' There is no standard procedure, no fixed time. No Damascus Road experience has been vouchsafed me; I have just stumbled on, like...

From the book: Ò What is a conversion? The question is like asking, 'What is falling in love?' There is no standard procedure, no fixed time. No Damascus Road experience has been vouchsafed me; I have just stumbled on, like Bunyan's Pilgrim, falling into the Slough of Despond, locked up in Doubting Castle, terrified at passing through the Valley of the Shadow of Death; from time to time, by God's mercy, relieved of my burden of sin, but only, alas, soon to acquire it again. ÒFrom my earliest years, there was something going on inside me other than vague aspirations to make a name for myself and a stir in the world: something that led me to feel myself a stranger among strangers in a strange land, whose true habitat was elsewhere, another destiny whose realization would swallow up time into Eternity, transform flesh into spirit, knowledge into faith, and reveal in transcendental terms what our earthly life truly signifies. In November 1982, Malcolm Muggeridge was received into the Roman Catholic Church, an event which attracted much attention and curiosity. To Malcolm Muggeridge, it signified Òa sense of homecoming, of picking up the threads of a lost life. Malcolm Muggeridge, well known around the world in the latter part of the twentieth century as a journalist, writer, and media figure, is still remembered as a vociferous unbeliever for a great part of his career. But always he had had an awareness that another dimension existed, that there was a destiny beyond the devices and desires of the ego, and that earthly life could not be the end. This book, first published in 1988 and the last of his writing to be published in his lifetime, is a personal statement of the history and development of his religious beliefs. An important section relates to Mother Teresa of Calcutta, latterly beatified, and with expectations to becoming a Saint. Her influence was perhaps the most powerful force leading this deeply thinking man to God and to the Roman Catholic Church. He describes also the effect upon him of meetings with Alexander Solzhenitsyn, a man whom he considers to be one of the greatest prophets of our time, with a profound spiritual message for our turbulent world. This moving testimony is not about the mechanics of becoming a Roman Catholic. Rather, it is about a series of happenings, occasions of enlightenment, that led one spiritually troubled man to find God. It is a statement of belief which will fascinate all who are interested in the workings of the human mind, and will inspire all who seek the Truth.
-Publisher

Malcolm Muggeridge worked as a journalist for many years on the Guardian, Calcutta Statesman, the Evening Standard and the Daily Telegraph. In later life he became best known as a broadcaster on television and radio.