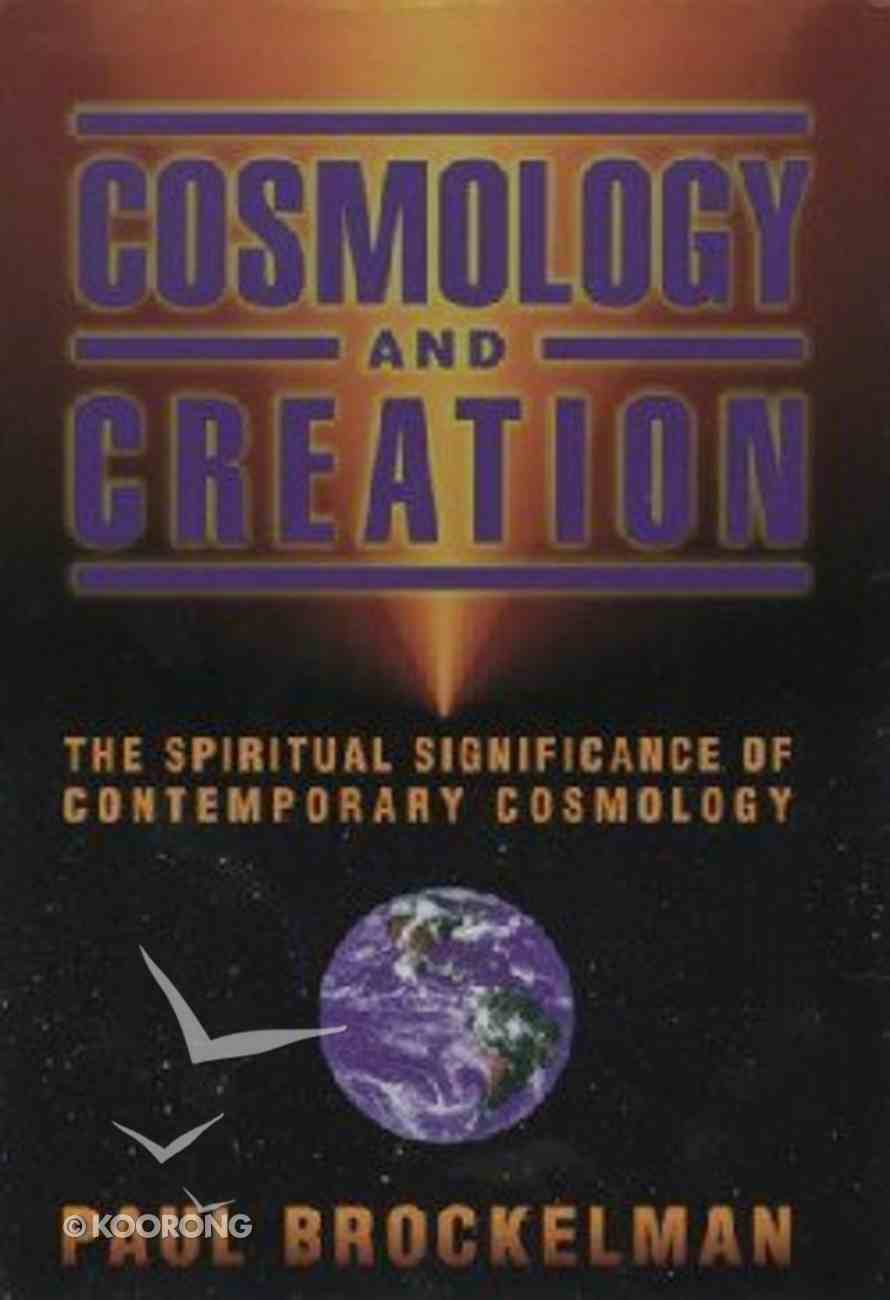 Many people have observed that the "new cosmology" seems to have an affinity to, or at least room for, a religious understanding of reality. Why is this so, and what does it mean for contemporary spirituality? In this book Paul...

Comets, Cosmology and the Big Bang: From Halley to Hubble
Allan Chapman
Paperback

Many people have observed that the "new cosmology" seems to have an affinity to, or at least room for, a religious understanding of reality. Why is this so, and what does it mean for contemporary spirituality? In this book Paul Brockleman argues that the new scientific cosmology also functions as a religious creation story, or "cosmogony". Traditional creation mythologies, he says, are stories which make available to a particular culture a vision of an ultimately meaningful sacred reality; they show precisely how all of creation (including ourselves) emerges from and is situated within that reality. This understanding can provide the basis for a comprehensive guide to living. Although quite different from earlier creation myths, says Brockleman, the new cosmology is indeed an evolutionary story spanning over twelve to fifteen billion years. This evolutionary story directly parallels the nature, characteristics, and stages involved in the traditional stories: It is an all-inclusive and deep vision of all creation which, like the earlier myths, reveals both a sense of what reality is all about and what the human role and destiny is within it. It stirs feelings of reverence and wonder as well as a sense of gratitude that we are part of the cosmic drama. And it teaches us to be more humble in the face of such an immense reality. Whether and how it is possible to recover a living sense of ultimate Mystery in view of the alleged demystification of the universe by modern science is the great challenge to religion in our time. Paul Brockleman shows that a profound sense of wonder and awe is inseparable from our new understanding of our universe - of its great age, its immensity, and its astonishing complexity. He concludes that this understanding can and will lead to actual transformation in people's lives - changes not only in how they see life, but how they live out their lives in the light of that vision.
-Publisher

The Big Bang is a myth, says Paul Brockelman in this fascinating look at the spiritual side of modern cosmology. But it is a myth in the best sense--a fully realized creation story, one that, for all its scientific origins, has the power to transform us spiritually.^ In Cosmology and Creation, philosopher and religious scholar Brockelman seeks to bridge the gap between the scientific and the spiritual, to bring together (as he puts it) the head and the heart. We have isolated the two realms from each other for so long, he argues, that we have begun to lose a mystical sense of our place in the universe. But Brockelman believes that contemporary physics has advanced far beyond the mechanical view of nature, as propagated in the Enlightenment; the cosmology of the Big Bang has fostered a new way of understanding existence itself. To illustrate, he examines creation myths of the past, showing how they transcend simple explanations of the world to provide a deeper understanding of what
-Publisher

Creation Or Evolution: Do We Have to Choose? (New Edition, And Expanded 2014)
Denis Alexander
Paperback

Has Science Killed God?: And Other Essays From the Faraday Institute
Denis Alexander
Hardback