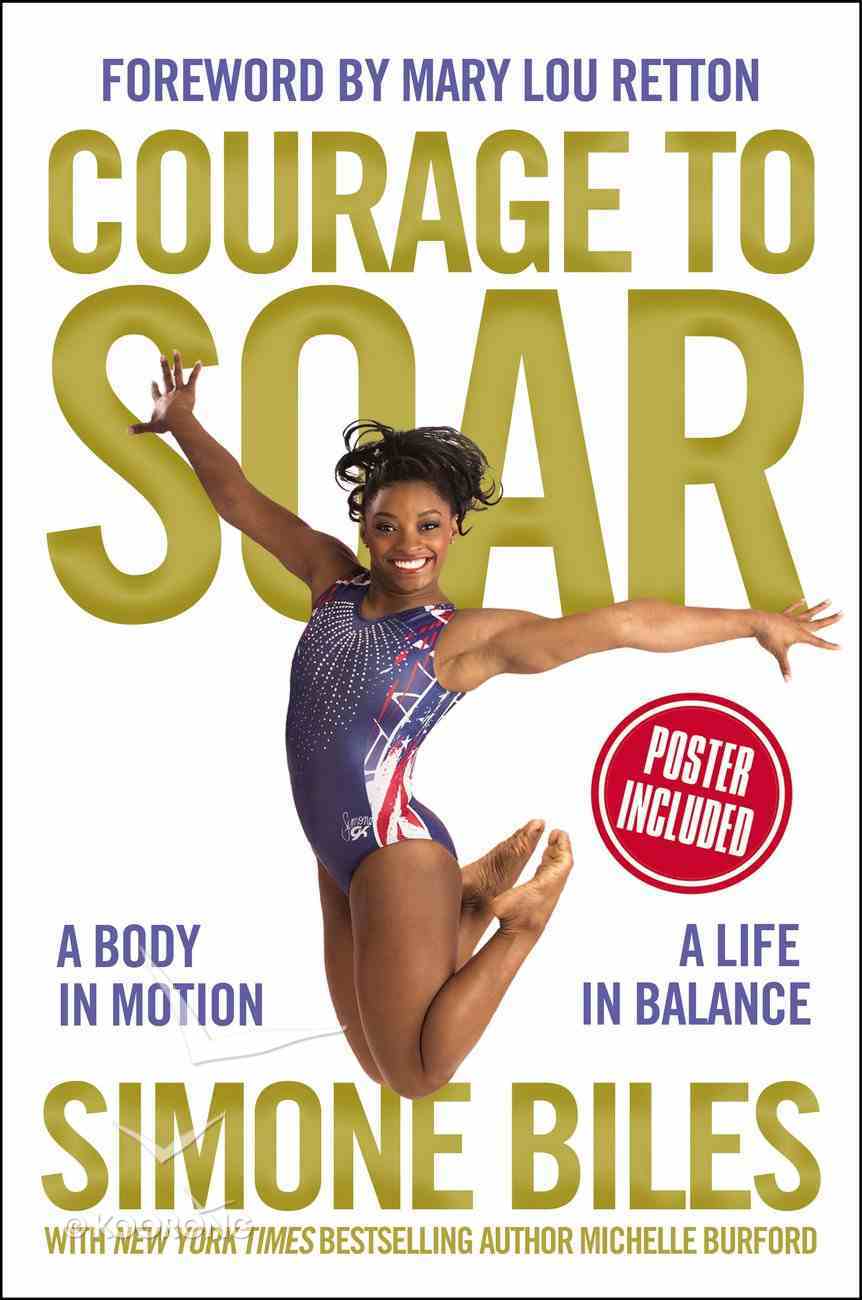 Courage to Soar: A Body in Motion, a Life in Balance

Simone Biles' entrance into the world of gymnastics may have started on a daycare field trip in her hometown of Spring, Texas, but her God-given talent, passion, and perseverance have made her one of the top gymnasts in the world,...

Treasures in Dark Places: One Woman, a Supernatural God and a Mission to the Toughest Part of India
Leanna Cinquanta
Paperback

Everything is Possible: Finding the Faith and Courage to Follow Your Dreams
Jen Bricker, Sheryl Berk, Nick Vujicic (Fwd)
Paperback

What is a Girl Worth?
Rachael Denhollander
eBook

Simone Biles' entrance into the world of gymnastics may have started on a daycare field trip in her hometown of Spring, Texas, but her God-given talent, passion, and perseverance have made her one of the top gymnasts in the world, as well as a four-time winner of Olympic gold in Rio de Janeiro.


But there is more to Simone than the nineteen medals--fourteen of them gold--and the Olympic successes. Through years of hard work and determination, she has relied on her faith and family to stay focused and positive, while having fun competing at the highest level and doing what she loves. Here, in her own words, Simone takes you through the events, challenges, and trials that carried her from an early childhood in foster care to a coveted spot on the 2016 Olympic team.


Along the way, Simone shares the details of her inspiring personal story--one filled with the kinds of daily acts of courage that led her, and can lead you, to even the most unlikely of dreams.

SIMONE BILES is a four-time Olympic gold medalist and a three-time World all-around gymnastics champion. In 2015 at the World Championships in Glasgow, Scotland, she became the only female gymnast to ever win three consecutive all-around titles. She is also the most decorated American female gymnast, with a total of nineteen medals, fourteen of them gold. Simone, who was born in Ohio and later adopted by her grandparents in Texas, began her training at age 6. During a serendipitous day care field trip to Bannon's Gymnastix, a coach recognized Simone's natural talent and sent home a letter to her parents, requesting that they enroll her in a class. Simone rose quickly through the sport's levels, and in 2011, she began her junior elite career at the American Classics in Huntsville, Texas, where she placed third all-around. Amid a few setbacks in the following two seasons, Simone rebounded in 2013 to claim the first of her three all-around World Championship titles. With her strong faith in God and her triumph against the odds, Simone is inspiring millions to dream big and follow their hearts.nbsp;

My Father, Maker of the Trees
Eric Irivuzumugabe
eBook