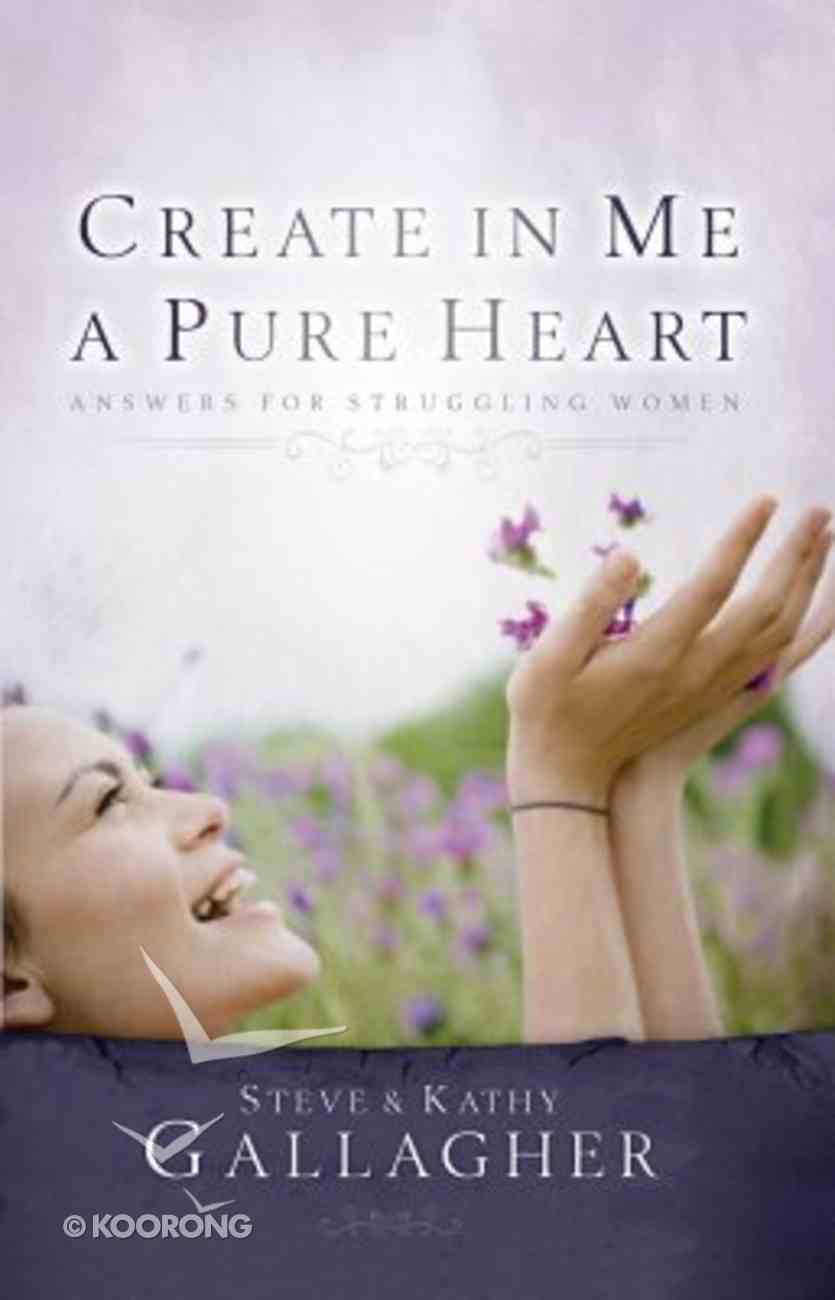 Create in Me a Pure Heart

�She who gives herself to wanton pleasure,� observed the Apostle Paul, �is dead even while she lives.� These ominous words perfectly articulate the living hell in which many Christian women are currently living. At first glance, one might think that...

Women, Rise Up!: A Fierce Generation Taking Its Place in the World
Cindy Jacobs
Paperback

You Are Beautiful: A Model Makeover From Insecure to Confident in Christ
Ashley Reitz, Lorilee Craker
Paperback

�She who gives herself to wanton pleasure,� observed the Apostle Paul, �is dead even while she lives.� These ominous words perfectly articulate the living hell in which many Christian women are currently living. At first glance, one might think that there are only a few women involved in sexual sin scattered throughout the Body of Christ. But statistics penetrates much deeper than anybody might have imagined.
For instance, experts believe that 17% of Christian women are addicted to some form of sexual sin. Internet professionals claim that women account for 28% of all visitors to pornographic websites.
The truth is, Christian women are not only becoming increasingly involved in traditional forms of sexual sin such as fornication and adultery, but they are now branching out into new activities such as lesbianism and cyber-sex.
According to a recent report by the U.S. Centers for Disease Control and Prevention, 11% of women surveyed have had a sexual experience with another woman, compared with only 4% of women in a similar 1992 survey.
Clearly, sexual sin is no longer only a man�s dilemma.
However, the root causes for sexual sin differ between the sexes. While men are apt to be aroused visually, women tend to become stimulated through their emotions. Women almost always attach emotions to their sexual activity. Very few women can become intimate with a man without some kind of emotional bond being in place. It has been said that men give love to receive sex in return, while women give sex to receive love in return. This desire for an emotional connection with another person is one of the primary motivations for women who become involved in sexual sin.
Another contributing factor can be the craving for male attention. The recent explosion in popularity of cosmetic surgery is evidence of a growing trend among women to be considered sexually desirable.
Other women become promiscuous as a result of indulging themselves in romantic fantasies. The huge numbers of women viewing soap operas and reading romance novels are a telltale sign of how this fantasy life has entrenched itself in female America. Many of these women become so fixated on the hope of finding Prince Charming that they end up having sex or committing adultery with multiple men.
Moreover, this trend is not limited to adult women. Young girls are being reared in a culture which continually pushes promiscuity. Girls learn early on that the primary source of their value as a human being comes by way of their looks and sexiness and act provocatively. Teen icons, such as Britney Spears, teach young girls to think sensually, dress seductively and act provocatively. Fashion designers market sexy lines of clothing with risqu� ads. Television producers teach girls to associate free, unrestrained sexual expression with success, happiness, power, and �love.�
Considering all of these growing trends, it is little wonder that sexual sin has dramatically increased within the female population of the United States.
What then is the answer for these struggling women? True Christianity has always provided both a clear-cut path to victory over sin, and a life of fulfillment.
Create in Me a Pure Heart offers candid wisdom, sensitive counsel and unvarnished truth. It instantly connects with the heart of every struggling woman, affirming that there is freedom from the shame of sexual sin and a path to purity even in the midst of our sexualized culture. Packed with sound biblical truth and the God-given answer to overcoming habitual sin, every chapter breathes hope to the reader.
Steve Gallagher�s best-selling book, At the Altar of Sexual Idolatry, has helped thousands of men overcome sexual sin. Create in Me a Pure Heart extends this liberating legacy to struggling women.
-Publisher

Steve Gallagher is the President of Pure Life Ministries, a ministry that has helped Christian men overcome habitual sexual sin since 1986. He has appeared on "The Oprah Winfrey Show", "48-Hours with Dan Rather", "The 700 Club", "Focus on the Family", and travels nationally as a conference speaker. He lives in Dry Ridge, Kentucky.

Steve Gallagher is the President of Pure Life Ministries, a ministry that has helped Christian men overcome habitual sexual sin since 1986. He has appeared on "The Oprah Winfrey Show", "48-Hours with Dan Rather", "The 700 Club", "Focus on the Family", and travels nationally as a conference speaker. He lives in Dry Ridge, Kentucky.

:"I became so obsessed with getting the attention of men,? recounts Beth, ?that I would actually try to charm married men into thinking I was more wonderful than their wives. How sick is that??
Susan?s husband introduced her to X-rated movies, but?as we will soon see?it wasn?t long before she developed her own infatuation with the adult entertainment industry.
Lisa wasn?t promiscuous, but she so craved the attention of men that she would purposely wear revealing clothes?even in church.
Tiffany was a 14-year-old pastor?s daughter who got involved in sexual conversations in chat rooms. She finally became involved in an Internet romance. ?It was beautiful for me, because I didn?t have to give him my body in return.?
To the people around her at church, Jane seemed like a typical Christian woman, but she assumed a different persona during her weekly trips to other cities.
The behavior of all of these women varied, but they each shared two things in common: they all claimed to be Christians and they all used sexual sin for the purpose of self-gratification.
While there are those women who are simply addicted to some type of sexual activity, most women involved in illicit sex use it as a means to attain some deeper form of satisfaction, such as the desire to feel loved, be noticed, or even be desired sexually. Many women start down the road simply looking for attention or fulfillment but end up addicted to some form of sexual behavior?
The truth is that Christian women are not only becoming increasingly involved in traditional forms of sexual sin such as fornication and adultery but are now branching out into new activities such as lesbianism and cyber-sex. For instance, consider the following statistics about the online activities of women:
?Women are twice as likely as men to visit chat rooms.
?One out of every six Christian women is addicted to pornography.
?One out of every three visitors to adult websites is female.