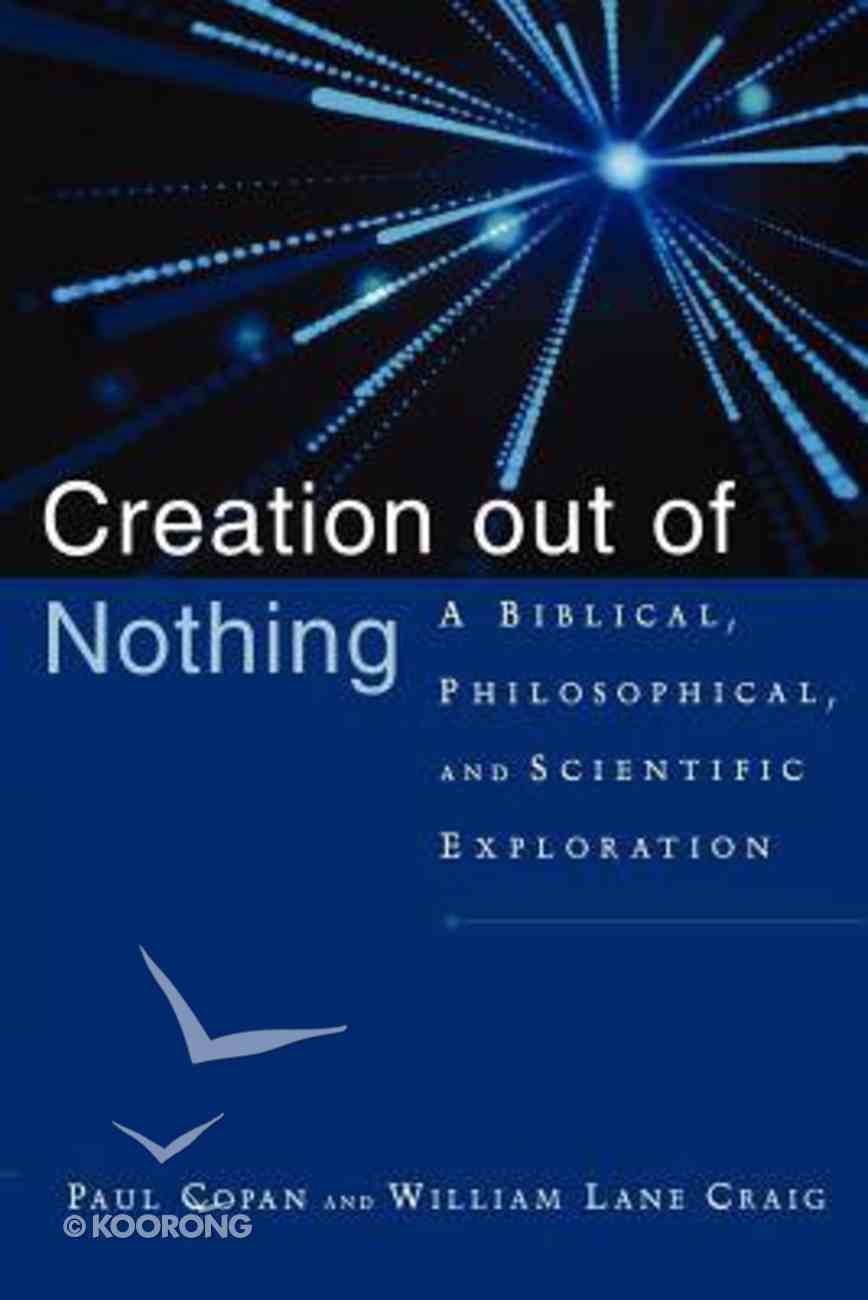 Creation Out of Nothing: A Biblical, Philosophical, and Scientific Exploration

A Biblical, Philosophical, and Scientific Exploration

Creation out of Nothing provides a full-fledged exploration of the doctrine of creatio ex nihilo (creation out of nothing) that focuses on biblical, theological, extrabiblical, philosophical, and scientific support for the doctrine.

The book begins with a statement about the significance of creatio ex nihilo that clearly defines what is meant (and what is not meant) by the concept. The doctrine is discussed within the context of the Old and New Testaments and extra-biblical material. The book includes discussions of the philosophical issues of creation versus conservation and the finite versus infinite past before addressing the scientific confirmation of creatio ex nihilo.

"Few classical Christian doctrines have been subjected to as much criticism in the past two hundred years as the claim that God created the world 'out of nothing.' In this brilliant book, Copan and Craig rehabilitate the doctrine. With wide learning--the authors pass skilfully among biblical, philosophical, theological, and scientific issues--and carefully constructed arguments, the authors clearly show that creation out of nothing can be defended against its critics. They also compellingly show why the doctrine is essential to believing Christians. I recommend this badly needed book with great enthusiasm."--Stephen T. Davis, Russell K. Pitzer Professor of Philosophy, Claremont McKenna College

The Christian church has historically believed that God created the universe out of nothing. But some theologians and non-Christian groups believe that the universe has always existed along with God. Who is correct? Does it matter? In Creation out of Nothing, authors Paul Copan and William Lane Craig examine the biblical, philosophical, and scientific case for creation out of nothing. Furthermore, they make it clear that nothing less than the uniqueness and sovereignty of God are at stake. This book will challenge all thoughtful Christians to understand why it is important to believe in the doctrine of creation out of nothing.
-Publisher

Creation Out of Nothing
Paul Copan, William Lane Craig
Paperback

Finding God in the Waves: How I Lost My Faith and Found It Again Through Science
Mike McHargue
Paperback