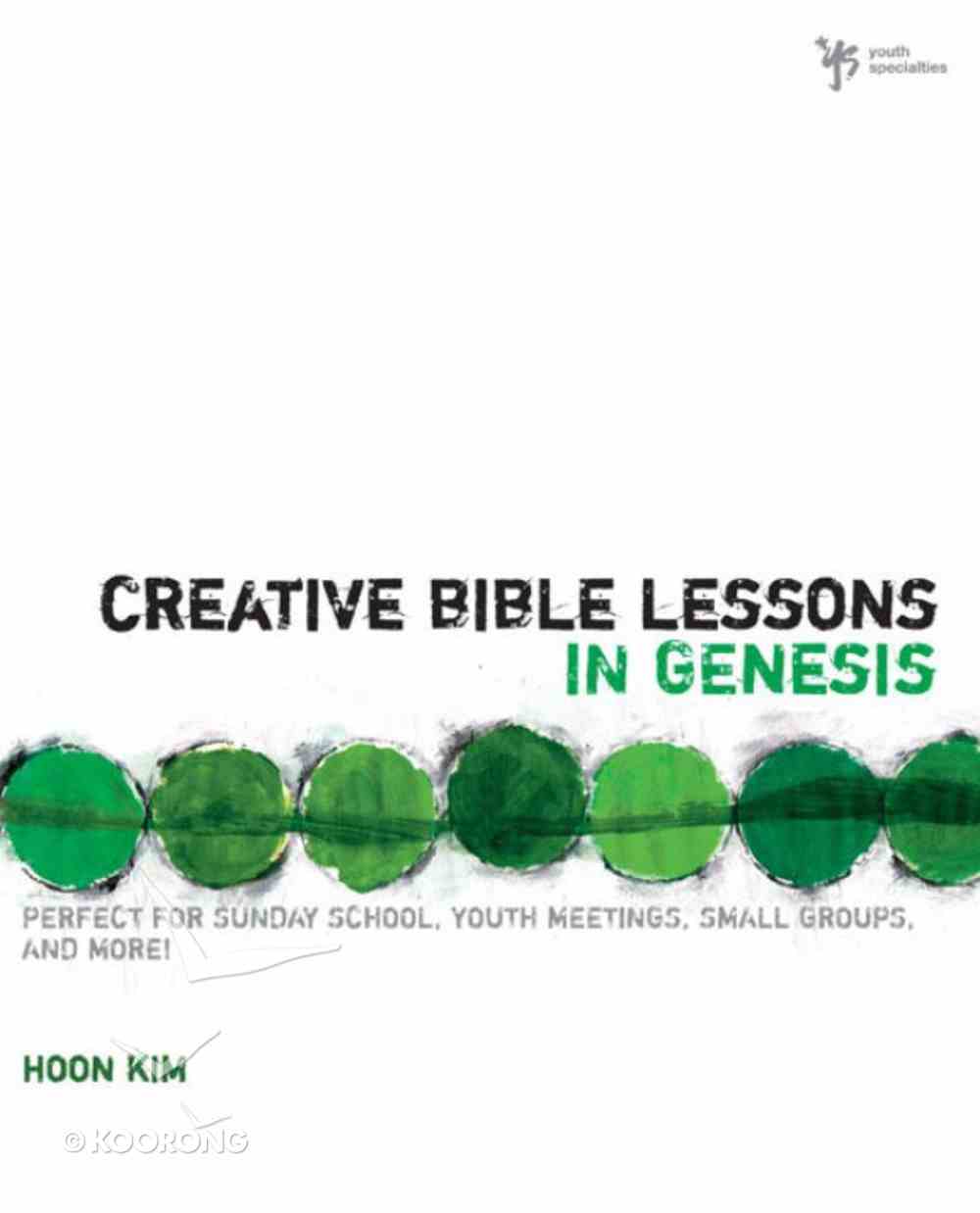 Creative Bible Lessons in Genesis is designed to connect the digital student, living in a world where truth is experiential and relationships are wireless, to an everlasting God whose image and faithfulness echoes in both his ancient people and today's...

Creative Bible Lessons in Genesis is designed to connect the digital student, living in a world where truth is experiential and relationships are wireless, to an everlasting God whose image and faithfulness echoes in both his ancient people and today's high-schooler.

Creative Bible Lessons in Genesis follows the work previously done with other studies in the series. What makes this volume different is that it is sensitive to the influence of postmodernism on today's culture and values, it complements the widespread use of multimedia, and is experiential in approach. With a desire to be relevant, it does not scan Scripture, but intends to be scripturally thorough and accurate, with an understanding that the power of the studies is ultimately found in the biblical text. Because much of what is understood to be 'truth' today is arrived to by subjective interpretation, there is a strong but subtle element in the studies that highlights the Imago Dei (image of God) in man. The blueprint of the Trinitarian God in man is, perhaps, the sturdiest bridge between postmodern 'experiencisms' and ultimate truth and reality. In order to emphasize these elements, Bible studies include projection games, helps, and visuals. Also, many of the studies are highlighted by a participation which attempts to be close to the text account. There are small group and large group elements that have been developed with the technologically savvy student in mind. Creative Bible Lessons in Genesis follows the lives of various individuals in Genesis. In a world where communication is less face-to-face and more screen to screen, family breakdowns are the norm rather than the exception, and role models often communicate debatable values, an anchor for life can only be found in the God, who does not change. Human nature can only be satisfactorily understood through the image of God in man, and that all behavior, desires, and actions people take are ultimate acts of worship, and desire for God. The return to the Imago Dei in man is the clearest way to present absolute truth to a relative society in that it is able to posit a valid argument for God and faith from an intellectual and logic platform, as well as from a subjective/emotional/experiential platform.
-Publisher

Hoon Kim has been doing youth ministry for over twelve years and is currently serving as the student ministries pastor of United Youth at the Korean United Church of Philadelphia. A Westminster Seminary graduate, he was born in Korea, raised in Italy, and educated in the United States. He has a heart for multicultural ministry and is a popular speaker at youth events. Him and his wife Shelly live in Philadelphia.