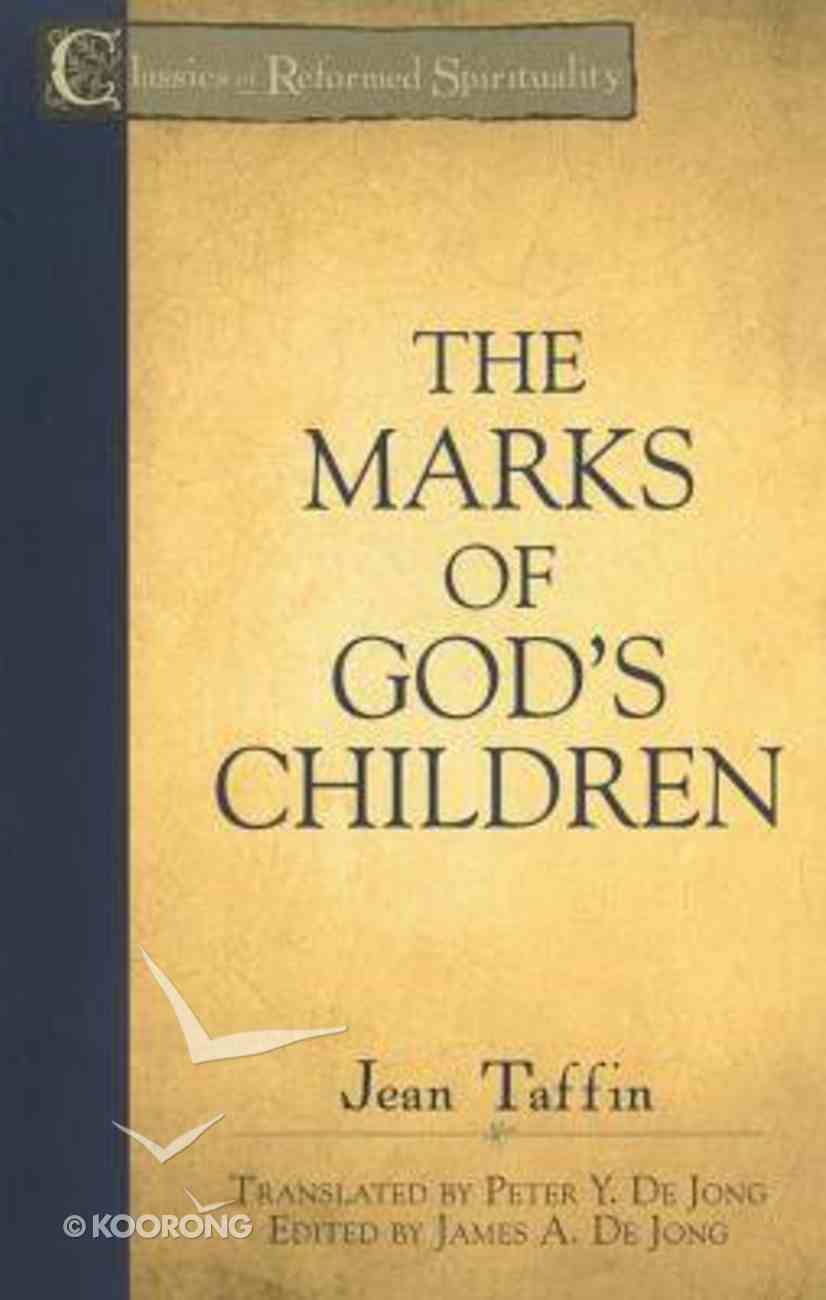 Crs: The Marks of God's Children

First published in 1585, this book became an instant classic in Dutch and French Reformed circles. Weary from the spiritual warfare waged during the Reformation and Counter-Reformation, Taffin offered comfort and encouragement to the peoples of sixteenth-century Europe. Grounded...

A Trip Around the Sun: Turning Your Everyday Life Into the Adventure of a Lifetime
Mark Batterson, Susanna Foth Aughtmon, Richard Foth
Paperback

The Keys to Spiritual Growth: Unlocking the Riches of God
John Macarthur
Paperback

The Bible in 10 Words: Unlocking the Message of Scripture and Connecting With God
Deron Spoo
Hardback

First published in 1585, this book became an instant classic in Dutch and French Reformed circles.

Weary from the spiritual warfare waged during the Reformation and Counter-Reformation, Taffin offered comfort and encouragement to the peoples of sixteenth-century Europe. Grounded in Reformed confessional orthodoxy, this spiritual reflection provides an astute understanding of the "marks" of God's grace and salvation that is still relevant today.

Baker Academic is pleased to launch the Classics in Reformed Spirituality series. Produced in partnership with the Dutch Reformed Translation Society, these volumes make classic works of spirituality available to a broader audience.

The Dutch Reformed Translation Society was formed to make available in contemporary English the best theological and devotional literature of the Dutch Reformed tradition. It provides pastors, theological students, and serious Christian readers with material that best captures the unique strengths and insights of this very creative branch of the Reformed family.

The Classics in Reformed Spirituality series introduces readers to the major works of the so-called "Dutch Second Reformation." These writings accent robust sanctification in all areas of human life and a piety integrated with sound teaching. Each volume also includes an introduction to the author, his work, and its importance for Christian service and witness today.

Translators and editors of the series are recognized experts who can relate to the reader both the significance of the author and the value of the work.
- Publisher.

Jean Taffin is often called the father of the Dutch Second Reformation. He was a central figure in the development of Reformed doctrine and believed that true doctrine, faithful living, and healthy church and civic life were interrelated.First published in 1585, The Marks of God's Children offered comfort and encouragement to the people of sixteenth-century Europe who were weary from the spiritual warfare waged during the Reformation and Counter-Reformation. Based on Reformed principles, this spiritual reflection provides an intelligent understanding of the "marks" or "proofs" of God's wonderful grace and salvation.
-Publisher

Now available in modern English, this classic from the Dutch second Reformation offers a timeless call for a reflective, discerning spirituality grounded in confessional orthodoxy.
-Publisher