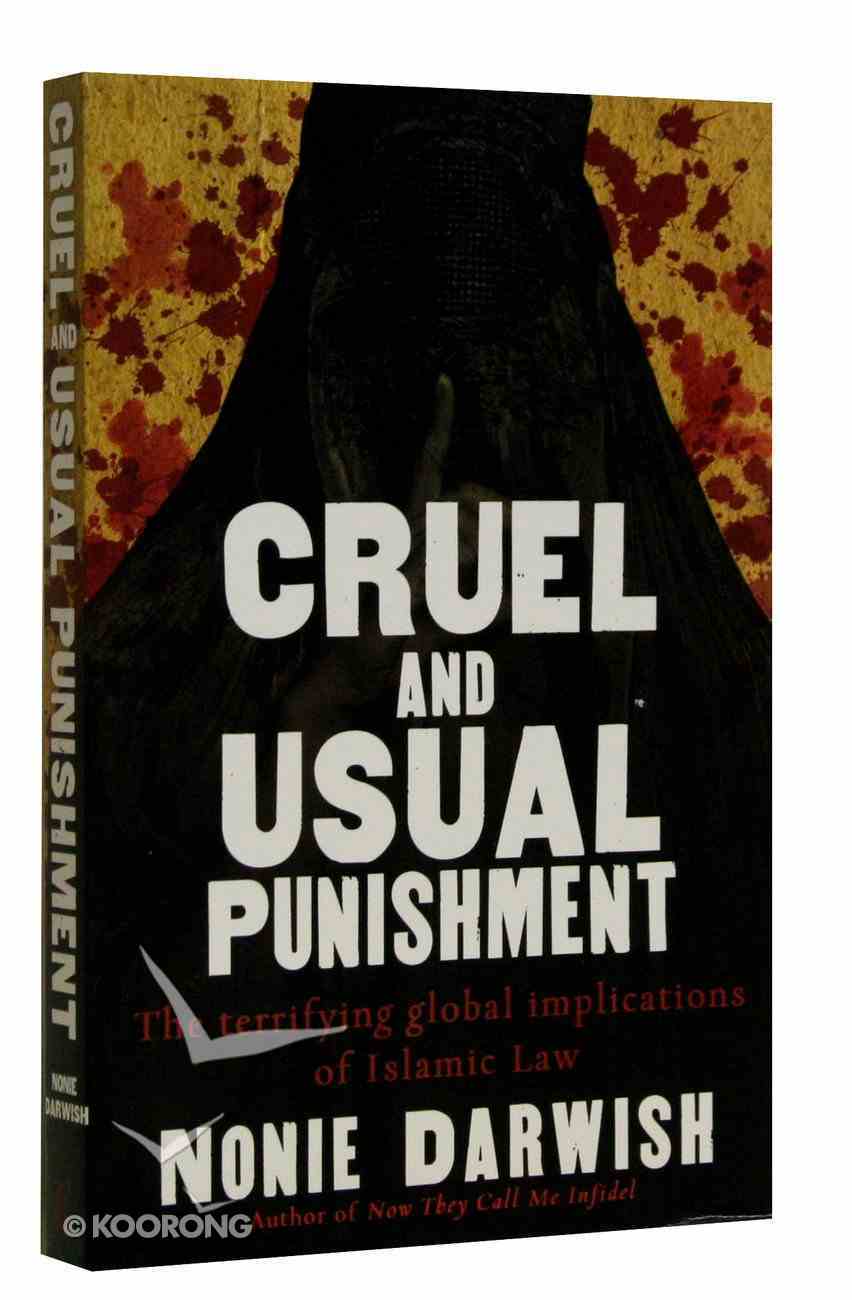 Cruel and Usual Punishment is a wake up call to the Western world. ^^Nonie Darwish presents an insider's look at Sharia and examines how radical Muslim laws are destroying the Western world from within. Living under Sharia law for...

No, We Can't
Robert Stearns
eBook

The Secret Battle of Ideas About God
Jeff Myers
eBook

Cruel and Usual Punishment is a wake up call to the Western world.
^^Nonie Darwish presents an insider's look at Sharia and examines how radical Muslim laws are destroying the Western world from within. Living under Sharia law for the first thirty years of her life,a virtual slave to Islamic law, Darwish never questioned or challenged her rights - or dared to even think about the validity of Sharia laws. She didn't try to examine what Sharia was, how it came about or why she followed it. "This is Allah's law," she was told, and she knew what awaited those who questioned Allah's law.


^^But she doesn't believe the lies anymore, and now she wants to share her experiences with the Western world. Cruel and Usual Punishment is an insider's look at how Muslims sacrifice their basic human rights to obey the archaic and brutal laws handed down to their prophet centuries ago.


But Sharia isn't staying in majority Muslim nations. Darwish now lives in the West and brings a warning; the goal of radical Islam is to bring Sharia law to your country. If that happens, the fabric of Western law and liberty will be ripped in two. Under Sharia law:

A woman can be beaten for talking to men who are not her relatives and flogged for not wearing a headdress Daughters, sisters, and wives can be legally killed by the men in their family Non-Muslims can be beheaded, and their Muslim killers will not receive the death penalty Certain kinds of child molestation are allowed The husband of a "rebellious" wife can deny her medical care or place her under house arrest
Think it can't happen? In 2008, England?once the seat of Western liberty and now the home of many Muslim immigrants?declared that Sharia courts in Britain have the force of law.


When Muslim populations reach as little as 1 or 2 percent, says Darwish, they begin making demands of the larger community, such as foot-level faucets for washing before praying in public schools, businesses, and airports. "Airports in Kansas City, Phoenix, and Indianapolis are among those who have already installed foot baths for Muslim cab drivers," writes Darwish. These demands test how far Westerners will go in accommodating the Muslim minority. How far will they push? The Organization of the Islamic Conference works to Islamize international human rights laws and apply Sharia "standards" for blasphemy to all nations. The penalty for blasphemy? Death.


Weaving personal experience together with extensive documentation and research, Darwish exposes the facts and reveals the global threat posed by Sharia law. Anyone concerned about Western rights and liberties ignores her warning and analysis at their peril.

Nonie Darwish lectures across the United States and has appeared on radio and television programs including CNN, Headline News, Fox, MSNBC, Al-Arabiya, National Public Radio and Israeli TV. Darwish has been published in the London Telegraph, Jerusalem Post, and New York Daily News. She is a frequent lecturer on college campuses including Harvard, Brown, Stanford, UCLA, University of Pennsylvania, Georgetown, Boston University, and the University of Southern California. Her books include Cruel and Usual Punishment: The Terrifying Global Implications of Islamic Law and Now They Call Me Infidel: Why I Renounced Jihad for America, Israel, and the War on Terror.