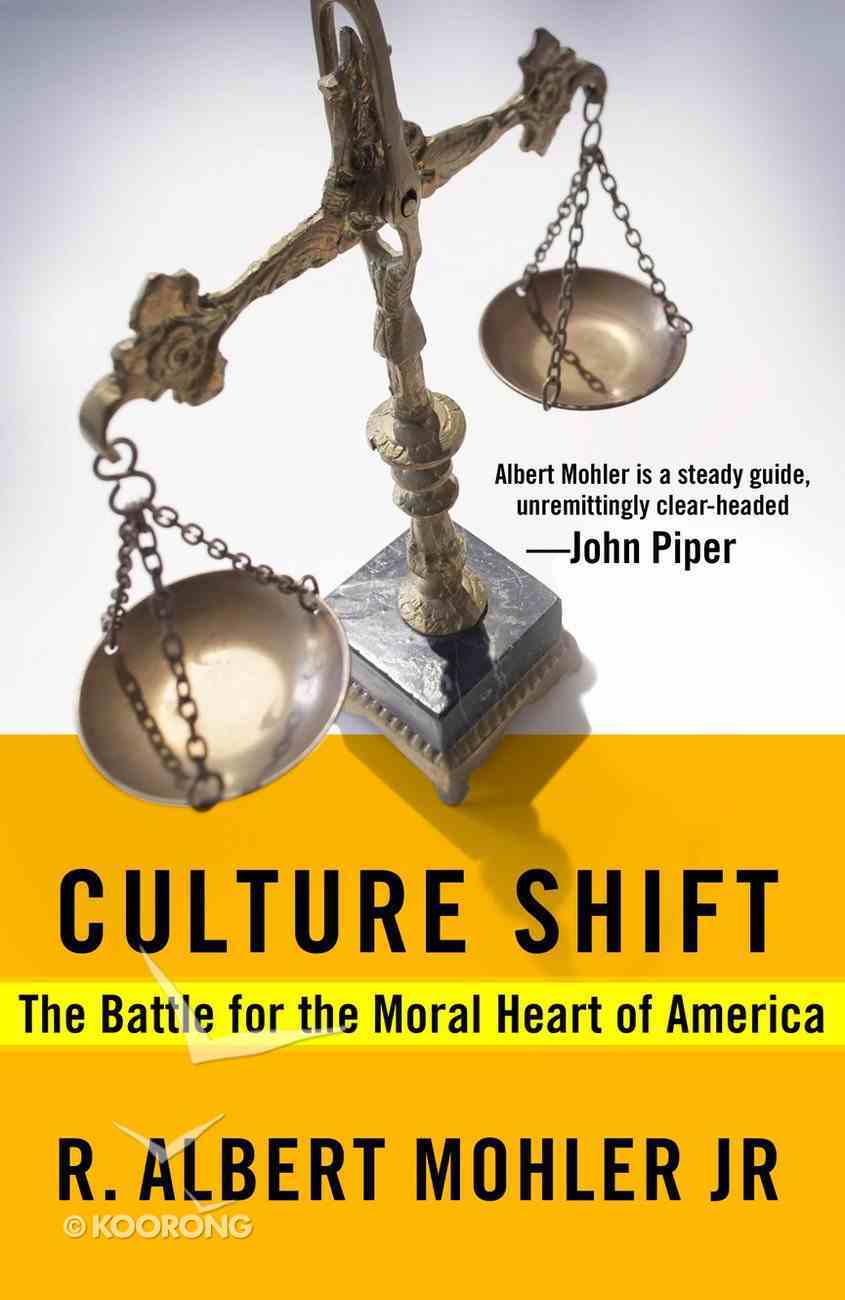 How to Win the Culture War
Peter Kreeft
eBook

Pagans and Christians in the City: Culture Wars From the Tiber to the Potomac (Emory University Studies In Law And Religion Series)
Steven D Smith, Robert P George
Paperback

"From grade inflation to global calamities, Albert Mohler is a steady guide. From the psychological coddling of the American ego to the hollowing of the American conscience, Mohler is unremittingly clear-headed. From Nineveh to New Orleans, Mohler holds the mirror at a blazing fortyfive-degree angle between heaven and earth. The burning light of divine wisdom illumines a hundred shadows of our human folly. And at the center of the blaze is the mighty cross of Jesus Christ defining the final meaning of everything. I thank God for Albert Mohler." JOHN PIPER, pastor for preaching and vision,Bethlehem Baptist Church, Minneapolis, MN "Al Mohler is a unique gift to the church. His writing combines penetrating theological discernment and insightful cultural analysis with a passion to faithfully proclaim the gospel of Jesus Christ. I'm delighted that Al's wisdom is now available in this book. May it be the first of many." C. J. MAHANEY, Sovereign Grace Ministries "We all know, as Dorothy said to Toto, that 'we are not in Kansas anymore.' But how to apply the deep truths of our Christian faith to a culture that seems to be transmogrifying before our very eyes, well, that's perhaps the most difficult question facing the church today. In this well-written book, Al Mohler surveys the landscape and offers insight and wisdom that helps us do just this. A manifesto for responsible Christian engagement!" TIMOTHY GEORGE, founding dean of Beeson Divinity School of Samford University and senior editor of Christianity Today "Thoughtful Christians seeking to engage the culture from a well-informed and thoroughly bibilical perspective will find an impressive resource in this new work by R. Albert Mohler. Culture Shiftis an outstanding contribution, which I heartily recommend." DAVID S. DOCKERY, president, Union University "Dr. Albert Mohler brings his intellectual brilliance, moral wisdom, and theological insight together in a book that belongs on the shelf of anyone who is interested in both understanding the shifting sands of morality in our culture and how to deal with it. If you are in that category this is a must read." JAMES MERRITT, pastor of Cross Pointe Church, Duluth, GA, and host of Touching Lives media ministry "Understanding our culture is a matter of Christian responsibility. Culture Shifthelps us to do that and do it well." DANIEL L. AKIN, president, Southeastern Baptist Theological Seminary, Wake Forest, NC From the Hardcover edition.
-Publisher

The world in which you live is undergoing a major cultural transformation—one leading to a widespread lack of faith, an increase in moral relativism, and a rejection of absolute truth.

In Culture Shift, Dr. R. Albert Mohler—one of today’s leading Christian thinkers and spokespersons—addresses these and other tough topics clearly, biblically, and passionately:
· The effect of the “digital deluge” on individuals and families
· The truth about terrorism
· Christian parents and public schools
· The rise of an aggressive “new atheism”
· The abortion debate

Over the last twenty years, evangelical Christians have been politically mobilized in an outpouring of moral concern and political engagement unprecedented since the crusade against slavery in the nineteenth century. Is this a good development? Given the issues now confronting our nation, the issue of political involvement emerges anew with urgency. To what extent should Christians be involved in the political process?

This question has troubled the Christian conscience for centuries. The emergence of the modern evangelical movement in the post–World War II era brought a renewed concern for engagement with the culture and the political process. The late Carl F. H. Henry addressed evangelicals with a manifesto for Christian engagement in his landmark book The Uneasy Conscience of Modern Fundamentalism.1 As Dr. Henry eloquently argued, disengagement from the critical issues of the day is not an option.

An evangelical theology for political participation must be grounded in the larger context of cultural engagement. As the Christian worldview makes clear, our ultimate concern must be the glory of God. When Scripture instructs us to love God and then to love our neighbor as ourselves, it thereby gives us a clear mandate for the right kind of cultural engagement.

We love our neighbor because we first love God. In His sovereignty, our Creator has put us within this cultural context in order that we may display His glory by preaching the gospel, confronting persons with God’s truth, and serving as agents of salt and light in a dark and fallen world. In other words, love of God leads us to love our neighbor, and love of neighbor requires our participation in the culture and in the political process.

Writing as the Roman Empire fell, Augustine, the great bishop and theologian of the early church, made this case in his monumental work The City of God.2 As Augustine explained, humanity is confronted by two cities—the City of God and the City of Man. The City of God is eternal and takes as its sole concern the greater glory of God. In the City of God, all things are ruled by God’s Word, and the perfect rule of God is the passion of all its citizens.

In the City of Man, however, the reality is very different. This city is filled with mixed passions, mixed allegiances, and compromised principles. Unlike the City of God, whose citizens are marked by unconditional obedience to the commands of God, citizens of the City of Man demonstrate deadly patterns of disobedience, even as they celebrate, claim their moral autonomy, and then revolt against the Creator.

Because of this, Christians bear important responsibilities in both cities. Even as we know that our ultimate citizenship is in heaven, and even as we set our sights on the glory of the City of God, we must work for good, justice, and righteousness in the City of Man. We do so, not merely because we are commanded to love its citizens, but because we know that they are loved by the very God we serve.

The only alternatives that remain are obedience and disobedience to this call. Love of neighbor for the sake of loving God is a profound political philosophy that strikes a balance between the disobedience of political disengagement and the idolatry of politics as our main priority. As evangelical Christians, we must engage in political action, not because we believe the conceit that politics is ultimate, but because we must obey our Redeemer when He commands us to love our neighbor. On the other hand, we are concerned for the culture, not because we believe that the culture is ultimate, but because we know that our neighbors must hear the gospel, even as we hope and strive for their good, peace, security,
and well-being. The kingdom of God is never up for a vote in any election, and there are no polling places in the City of God.

Nevertheless, it is by God’s sovereignty that we are now confronted with these times, our current crucial issues of debate, and the decisions that are made in the political process. This is no time for silence or for shirking our responsibilities as Christian citizens. Ominous signs of moral collapse and cultural decay now appear on our contemporary horizon. A society ready to put the institution of marriage up for demolition and transformation is a society losing its most basic moral sense. A culture ready to treat
human embryos as material for medical experimentation is a society turning its back on human dignity and the sacredness of human life.