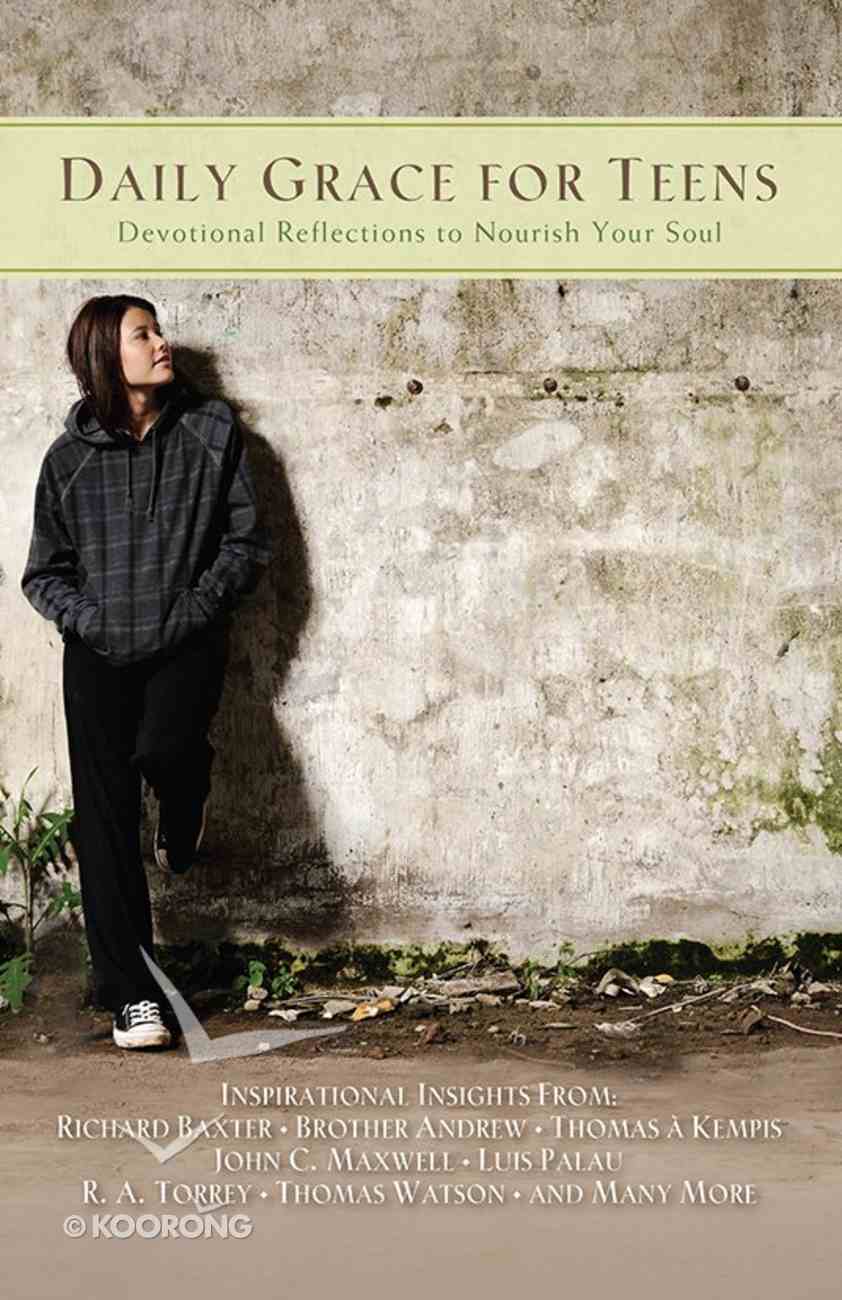 Daily Grace is a fresh collection of daily reflections to help readers uncover God's presence, power and provision for living life purposefully and gracefully. Each Daily Grace devotion focuses on one of the many ways God has graciously blessed us....

Unavailable. Out of Print. Only available while stock lasts. eBook is Available.

Daily Grace is a fresh collection of daily reflections to help readers uncover God's presence, power and provision for living life purposefully and gracefully. Each Daily Grace devotion focuses on one of the many ways God has graciously blessed us. The reflections use vivid images to clearly illustrate God's grace for the reader and to capture their imagination. In addition the scripture and quotation helps drive the principle home. The takeaway focuses the concept into a concise thought that helps the reader use the principle to overcome life's challenges. This book collects some of the best thoughts from some of today's outstanding Christian authors including: Charles Stanley, Jill Briscoe, Warren Wiersbe, John MacArthur Jr., John Maxwell, Ken Blanchard, Zig Ziglar, Evelyn Christenson, Tim Hansel, David Jeremiah and many more.
-Publisher

Daily Grace for Teens offers inspiration and encouragement using vivid illustrations of just how God's provisions and blessings provide for the needs of a teen's highly-charged life. Even more they show how God Himself is the greatest grace provision a young person can have: His mercy, His love, His holiness and more.

Brother Andrew began his work in 1955 as a one-man mission--visiting, teaching, and taking Bibles to Christians behind the Iron Curtain. That work has since developed into Open Doors International, a nondenominational organization with bases around the world. When not traveling, Brother Andrew makes his home in the Netherlands.

Above All Else: 60 Devotions For Young Women
Chelsea Crockett
Hardback