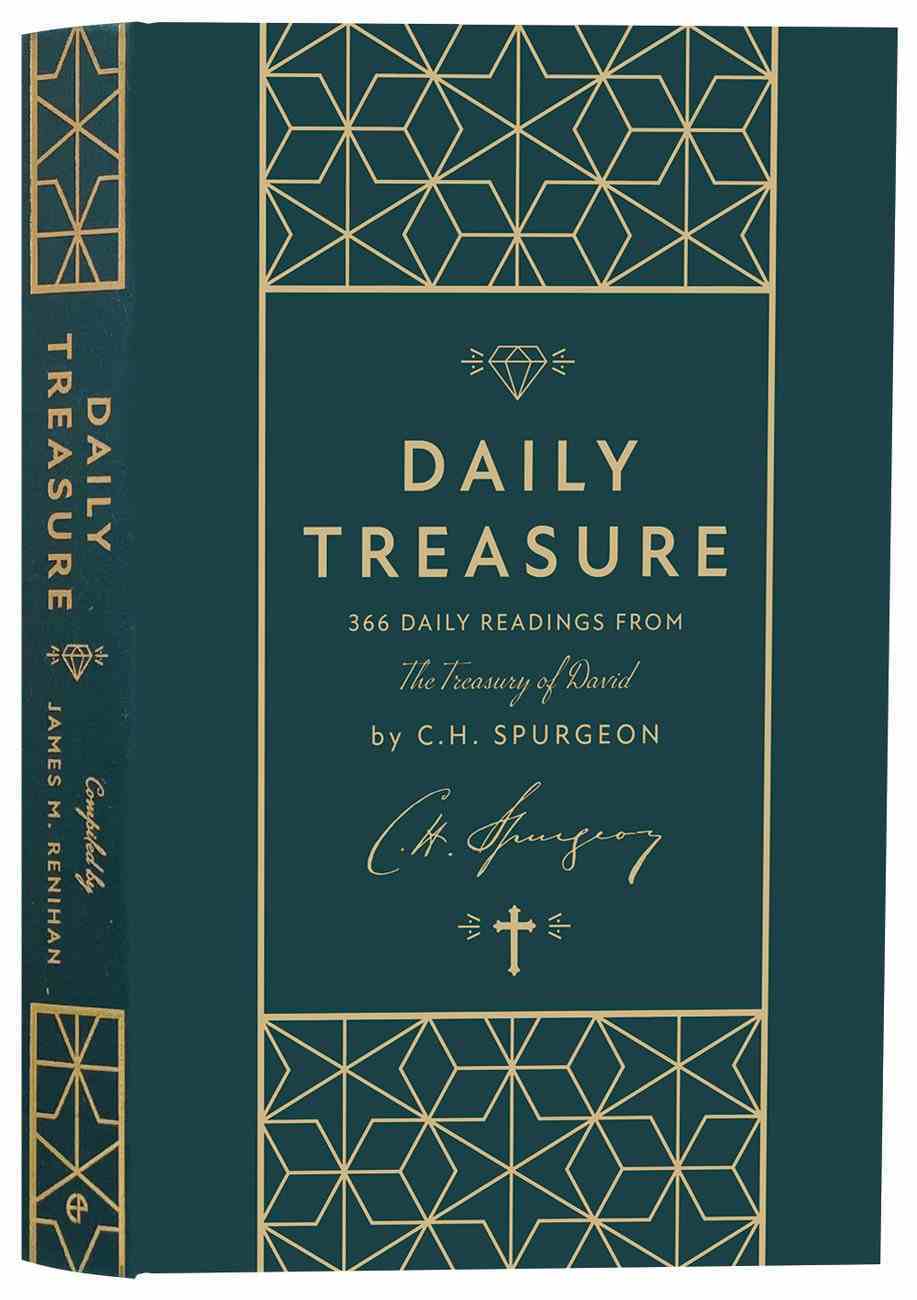 Spurgeon's great commentary on the Psalms, The Treasury of David, has never lost its value. It is a true treasure, rich with Spurgeon's own comments and the collected wisdom of Puritan and other commentators. In this updated and condensed edition,...

Tethered to the Cross: The Life and Preaching of Charles H. Spurgeon
Thomas Breimaier
Hardback

Spurgeon's great commentary on the Psalms, The Treasury of David, has never lost its value. It is a true treasure, rich with Spurgeon's own comments and the collected wisdom of Puritan and other commentators. In this updated and condensed edition, James Renihan has worked carefully with Spurgeon's material to create a concise and cohesive devotional. As far as possible the original wording is retained and, where necessary, updated for the modern reader.

Each daily devotional includes a section of a psalm, a suggested further reading and a short comment for meditation, usually from Puritans authors. The book also includes a helpful biography of Spurgeon by Professor Michael Haykin. The Treasury will guide the reader through the whole Psalter the riches of the Word of God but will also provide him or her with bountiful material for profound spiritual reflection. May the spiritual legacy of the 'Prince of Preachers' live on through this distilled edition of his wonderful work.

James M. Renihan has served as Dean of the Institute of Reformed Baptist Studies since 1998, and was recently appointed President of IRBS Theological Seminary. He has been a pastor in churches in Massachusetts, New York and California, and currently serves at Christ Reformed Baptist Church, Vista, CA. He is a graduate of Trinity Evangelical Divinity School (Ph.D.), Seminary of the East (M.Div.), Trinity Ministerial Academy, and Liberty Baptist College, (B.S.). His academic work has focused on the Second London Baptist Confession and the broader Puritan theological context from which it arose. He has been published in many journals, and is the author of multiple books including Edification and Beauty, A Toolkit for Confessions, True Love, Faith and Life for Baptists and several others. Dr. Renihan and his wife Lynne have five adult children, who all love and serve Christ, and nine grandchildren. Two of his sons are pastors of Reformed Baptist churches.

A Time to Hope: 365 Daily Devotions From Genesis to Revelation
Naomi Reed
Hardback