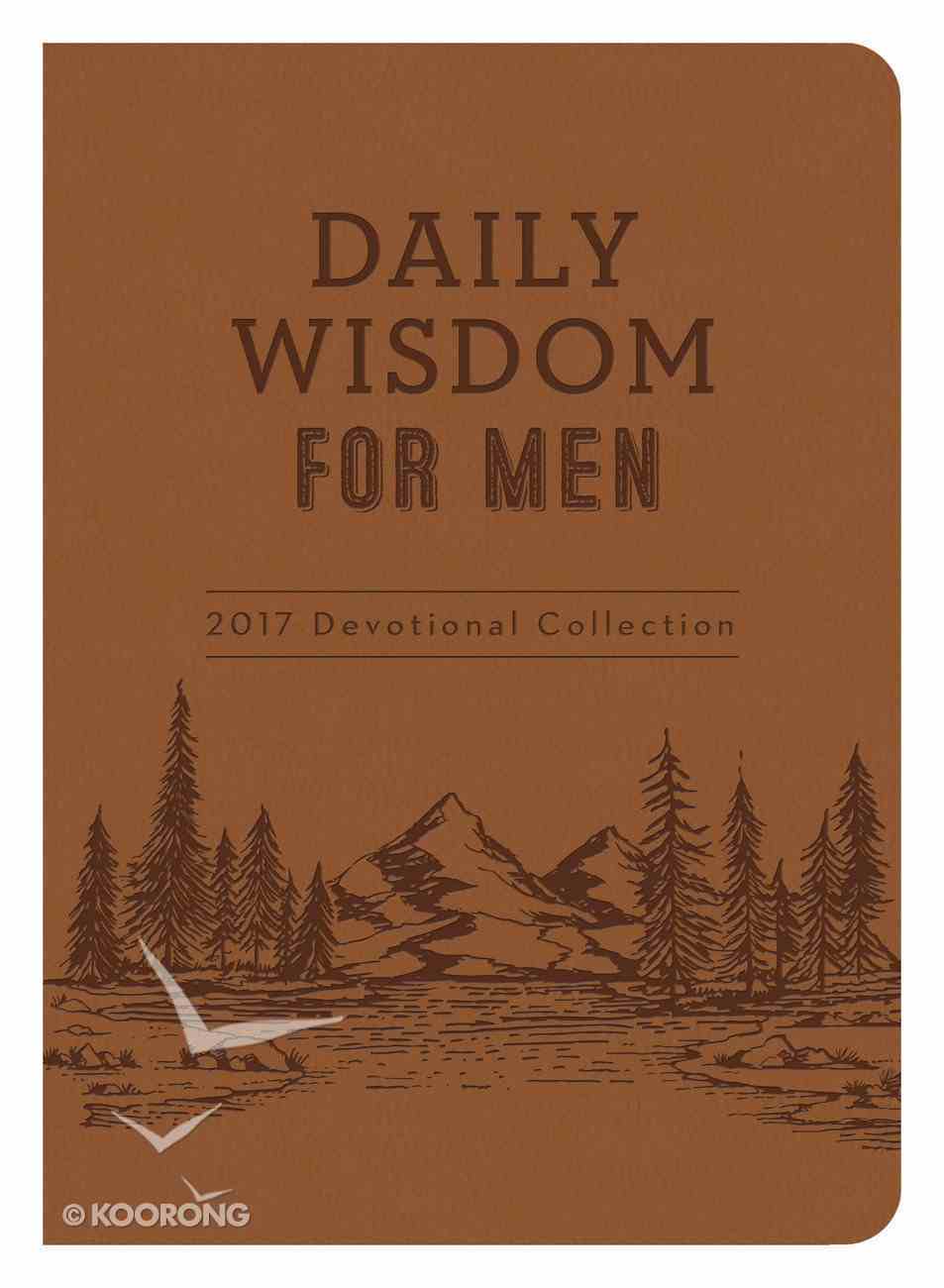 Start the day off right-every day of the year with Daily Wisdom for Men-and experience the encouragement of God's Word. These inspiring devotionals were written specifically for a man's heart and mind. Each reading includes a relevant scripture to compliment...

Start the day off right-every day of the year with Daily Wisdom for Men-and experience the encouragement of God's Word. These inspiring devotionals were written specifically for a man's heart and mind. Each reading includes a relevant scripture to compliment the devotional and will give the assurance needed to walk in biblical wisdom each day.

Glenn A. Hascall is an accomplished writer with credits in more than one hundred books, including titles from Thomas Nelson, Bethany House, and Regal. His writing has appeared in numerous publications around the globe. He's also an award-winning broadcaster, lending his voice to animation and audio drama projects.

Miller is Associate Professor of Theology at Nashotah House of Episcopal Seminary in Wisconsin.

By his early teen years, Ed Strauss was writing several novels at once. He had a dresser for his clothing, but Ed had different priorities. The bottom drawer held his comic books--mostly Spider-Man, Tarzan, and Turok. The middle drawer overflowed with his story notes, research, and maps. The top drawer was stuffed with clothing. On a nearby shelf was Ed's favorite reading material, an encyclopedia set he had won on a nationwide kiddie show.

-->Ed Cyzewski (MDiv Biblical Theological Seminary) works as a freelance writer in the nonprofit sector of southwest Vermont. He is the author of Coffeehouse Theology: Reflecting on God in Everyday Life--> an introduction to contextual theology as well as the Coffeehouse Theology Bible Study Guide--> and the Coffeehouse Theology Contemporary Issues Discussion Guide-->. -->-->Ed serves as the chair of the Northshire Nonprofit Network and with several ministries and nonprofit organizations in Vermont. He blogs regularly on theology at www.inamirrordimly.com and on writing at www.edcyz.com.

Lee Warren has been the singles columnist for Christianity Online and has also written articles for Decision, Victory, Light and Life, Cross and Quill, and Live Wire. He currently resides in Omaha, Nebraska.

Michael Vander Klipp lives in Michigan where he has worked for several years at Zondervan Publishing and has taught at Cornerstone University as an adjunct professor of English. He is also the author of Joy to the World, a children's Christmas board book, and Don't Feed the Lions: 40 Devotions for Teens.

Rob Burkhart served as the adult and children's ministries director for the Michigan District of his denomination. He earned his PH.D. in Adult and Continuing Education from Michigan State university. In addition to district ministry, he has pastored, been a member of college and graduate school faculties, and served on numerous national boards related to discipleship and Christian education.

David Sanford has been married nearly 22 years and is the father of five children. He, along with his wife, is the director of Sanford Communications-a company that works with Christian ministry leaders and publishers to develop life-changing books. He and his wife are the conceptual creators of the Living Faith#8482; Bible from Tyndale.

One Year Book of Devotions For Men
Stuart Briscoe
Paperback