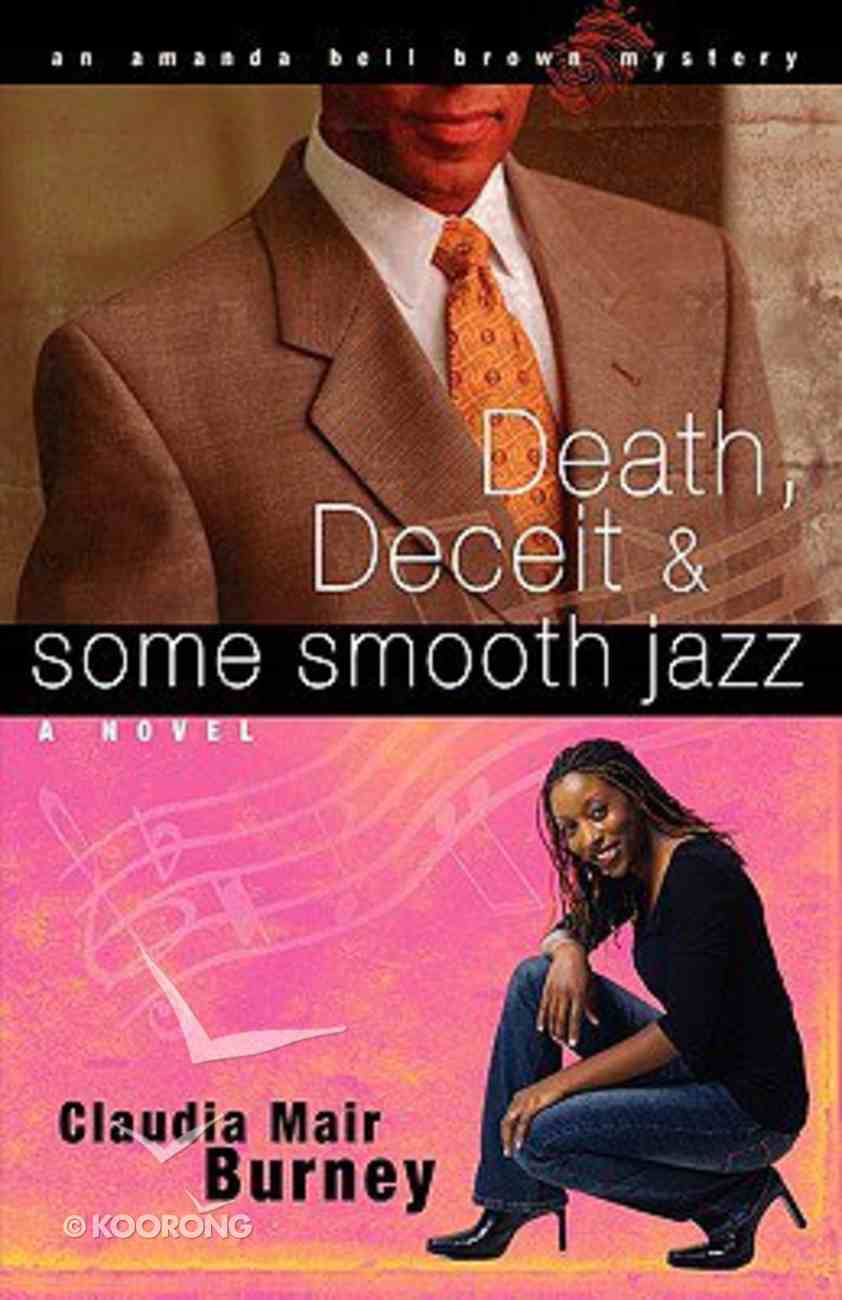 Amanda Bell Brown is a woman on the edge.How's a woman supposed to nurse a broken heart when her pet sugar glider is driving her batty, or is that squirrelly? The deafening tick of her biological clock and having no...

Amanda Bell Brown is a woman on the edge.How's a woman supposed to nurse a broken heart when her pet sugar glider is driving her batty, or is that squirrelly? The deafening tick of her biological clock and having no Jazz to soothe her makes Amanda Bell Brown one frazzled forensic psychologist.^When Lieutenant Jazz Brown shows up at Amanda's door unannounced, her heart competes with her head as she struggles to do the right thing. Jazz says he wants to reconnect and make their relationship work. But there's just one tiny problem: his ex-wife is found murdered -- in his apartment. ^Now Amanda has to strap on her sleuthing shoes -- the cute gold pair -- and work against time to discover the truth, both for herself and for Jazz. But as the body count rises and surprising clues begin to surface, Amanda wonders if anyone can know the heart of a man -- especially "her" man.
-Publisher

Chapter One I had to give up Jazz. Not the music; the man. Now I had Amos, and we were going to "bond." I stood in the middle of my living room holding him. I'd put on my favorite pajamas -- the midnight blue pair Carly had gotten for me from Victoria's Secret. They were modest, even if they did have the vs logo on the breast pocket. Cut in the style of men's pajamas and a size too big, they had the effect of looking charmingly baggy on me. I didn't even need a robe with them. Perfect for bonding with the one you love. I could tell Amos liked them. Amos is my new sugar glider. I know, nobody knows what a sugar glider is. When the woman at the pet store first mentioned one, I thought she was talking about a kitchen accessory. I hadn't wanted to let her in on my woeful ignorance of household utensils, so I told her a sugar glider sounded intriguing. And intriguing he was. When she led me over to his cage, I first noticed his peepers. He had big, black, round eyes that reminded me of my pastor and ex-boyfriend Rocky's "I can make you do anything with these" puppy eyes. Don't judge me. Not for that. Having a pastor who is your ex-boyfriend sounds a lot worse than it is. Besides, I've got plenty of real issues for you to choose from. Amos was roughly the size of a Beanie Baby and looked like a cross between a tiny gray squirrel, a skunk, and a kangaroo -- with the face of a bat. Kinda. I never would have gotten a pet if my mentor and spiritual father, Dr. Mason May, hadn't recommended it. I'd gone to see him earlier that day, whining endlessly about being manless, being childless, having endometriosis, and about my grief over my eggs, which were aging faster than my mother said I was. I got frustrated while venting to Dr. May and threatened to have an intrauterine insemination procedure done with some stranger-donor's little soldiers. But Dr. May -- Pop, as I called him -- stopped me right there and told me I should pray about the matter some more and buy a pet. That's how I ended up at the exotic pet store near my house, feeling guilty about my baby lust and purchasing something that looked like one of the Crocodile Hunter's furry friends. And we had to bond. How pathetic am I? Amos didn't seem very prickly. A little standoffish, yes, but nothing that should have stood in the way of us getting cozy with each other. My initial mistake: I should have put together his cage first. But no, being a psychologist, I wanted to get straight to the attachment process. That's important. I reached into his little Exotic Petz cardboard box -- the kind with the round peepholes -- and picked him up. I could feel him freeze, and I do know body language. I figured it was just nerves bothering him, so I pressed on with the bonding process. Amos didn't complain. We crossed to my couch. Jazz once described my apartment as "shabby chic meets Africa." Fair enough, I suppose. The ambience I'd created with my eccentric flea-market finds gave my home a comfy, livable feel. I'd often paint my treasures in hues with whimsical-sounding names like old lace, seafoam, and dusty rose. The walls were a sunny buttercup -- I'd called it ocher just months ago, but that was when I'd felt more earthy and African-inspired. Something had happened in my soul, and I'd begun to feel more romantic and feminine. I think it was falling in love with Jazz. Since then I'd given away most of the masks that used to dot the walls and most of my Nigerian baskets. I was trying to make room for Addie Lee Brown paintings and sculptures. But I'd kept a few wood pieces I loved, and I still had all of my textiles -- bright, colorful Kente cloth and a few mud-cloth pieces -- to add warmth and texture. Candles cast a soft glow in the rooms and sweetened the air with rose, vanilla, and jasmine. I took a seat on the couch and propped my feet on the coffee table, with Amos perched somewhat stiffly on my lap. I thought I'd better tell him
-Publisher

Claudia Mair Burney is the author of "Murder, Mayhem & a Fine Man, ""Death, Deceit & Some Smooth Jazz ("both titles in the Amanda Bell Brown Mystery series) and?the young adult novel, "Exorsistah". She lives in Michigan with her husband, five of their seven children, and a rabbit. Visit her blog at ragamuffindiva.blogspot.com.