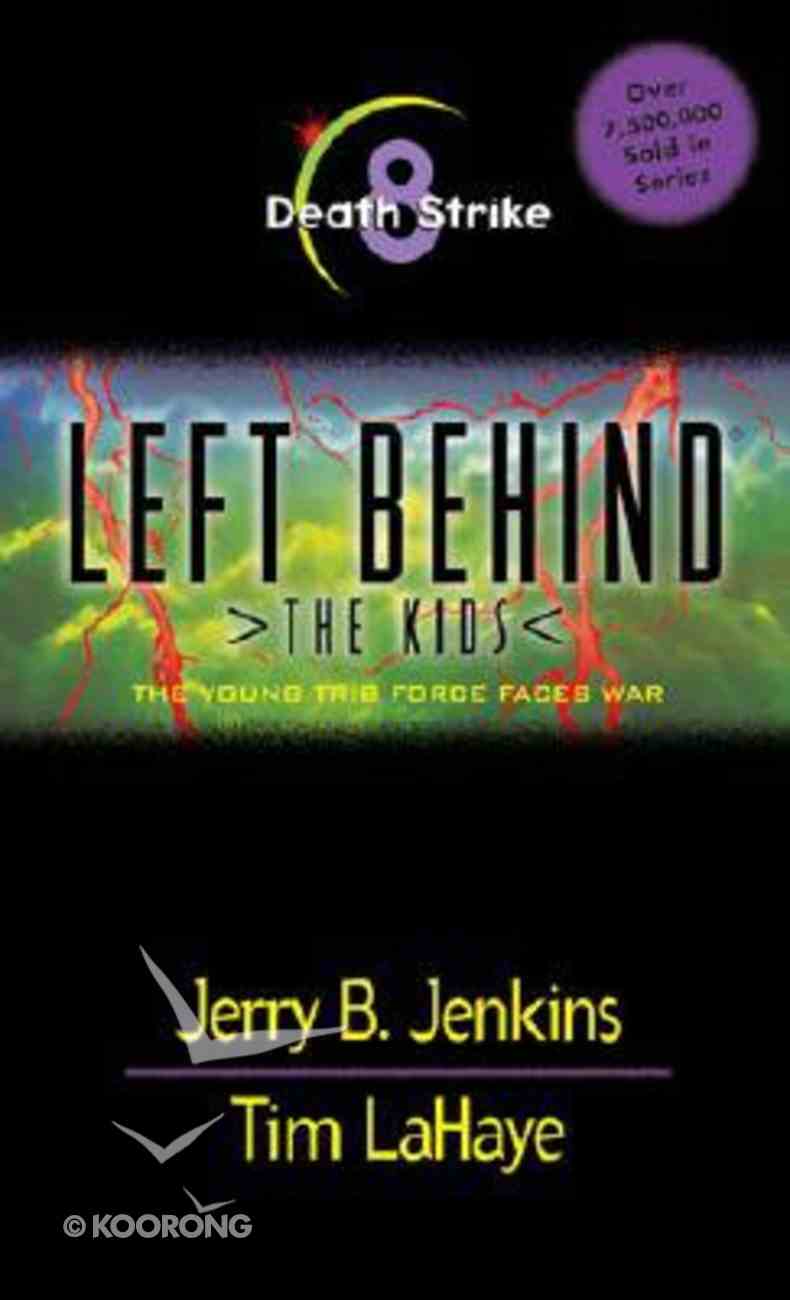 Death Strike (#08 in Left Behind The Kids Series)

Into the Storm (#11 in Left Behind The Kids Series)
Jerry Jenkins, Tim Lahaye
Paperback

A horrifying future awaits the Young Trib Force. As Vicki fights for her life in a detention center, Judd sets a new goal that could put the group in the greatest danger yet.With conflict arising, Judd faces a decision that will affect the rest of his life. The rise of a rebel group, a global catastrophe, a disappearance, and the death of a friend give the kids a heartbreaking challenge.Follow Judd, Vicki, Lionel, and the rest of the Young Trib Force as they struggle for their lives in a world crumbling around them.
-Publisher

In #8 Death Strike, Judd works hard all during his senior year at Nicolae High so he can give the speech of his life during his graduation ceremony. Will Judd be courageous enough to really present the gospel under the glare of the principal? The Young Trib Force must deal with Carpathia's strike against the militia and the beginning of World War 3.
-Publisher