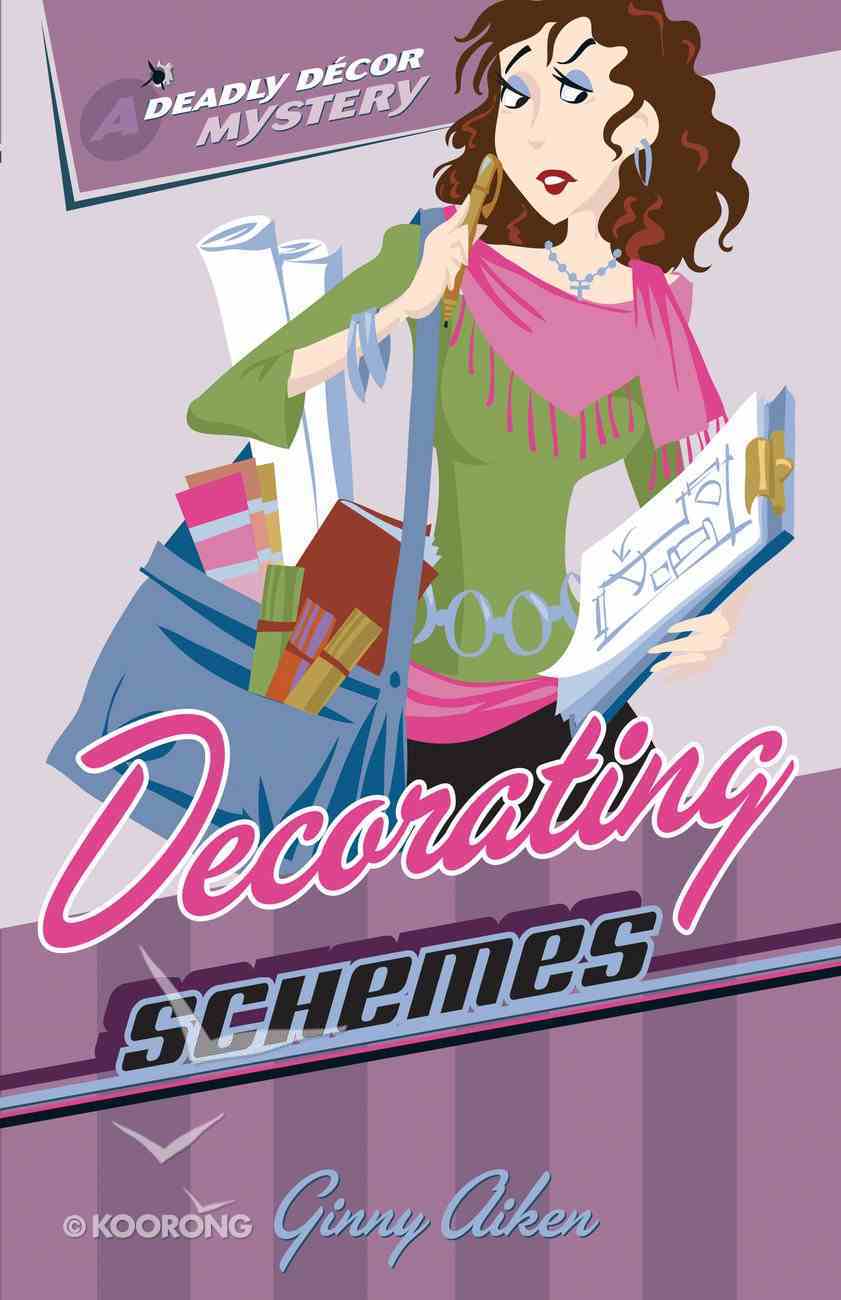 Another murder is uncovered and Haley Farell's general contractor is implicated. Can she clear him of the crime--or will she paint herself into a very dangerous corner with a murderer lying in wait?Paint chips and fabric samples do not a...

Another murder is uncovered and Haley Farell's general contractor is implicated. Can she clear him of the crime--or will she paint herself into a very dangerous corner with a murderer lying in wait?Paint chips and fabric samples do not a detective make, but that's all interior designer Haley Farrell has to work with to solve these perfectly designed crimes.Design job? Check.
General contractor/sparring partner? Check.
Dead body, mystery to solve, and guilty suspicion? Check, check, and check.

Haley Farrell is getting her life under control. She's got a great design business, a successful auction house, and loving friends and family. But finding a dead girl on the patio is not a good way to start a decorating job--especially when your general contractor is the main suspect. And the body is only the beginning.

Always curious and always in trouble, Haley sets out to solve the crime. Even though she finds Dutch Merrill infuriating, she can't believe he's involved. But with the karate chop cop, Lila Tsu, watching every move and the neighborhood "Jessica Fletcher" constantly under foot, will Haley be able to free Dutch? Or will she paint herself into a very dangerous corner--with a murderer lying in wait?

"Ginny Aiken has a beautiful ability to mingle comedy with tragedy, making the reader laugh and cry almost in the same breath."-Hannah Alexander, author, Last Resort and Note of Peril

Haley Farrell's life is back on track. Cleared of any involvement in the murder of her best friend, Haley has found loyal decorating clients and has taken over a successful auction house. Life is good--even if she does have to deal with good-looking but infuriating general contractor Dutch Merrill once again.

But when another body is uncovered, it's clear that the death was no accident. What's worse, Dutch is implicated. Haley realizes it's up to her to help him prove his innocence. Can she clear him of the crime--and keep herself out of danger at the same time?

Immediately engaging and full of humor and heart, the second book in the Deadly Décor Mystery series continues the fun and excitement readers found in Design on a Crime. They'll be dying for more from this fun series!
-Publisher