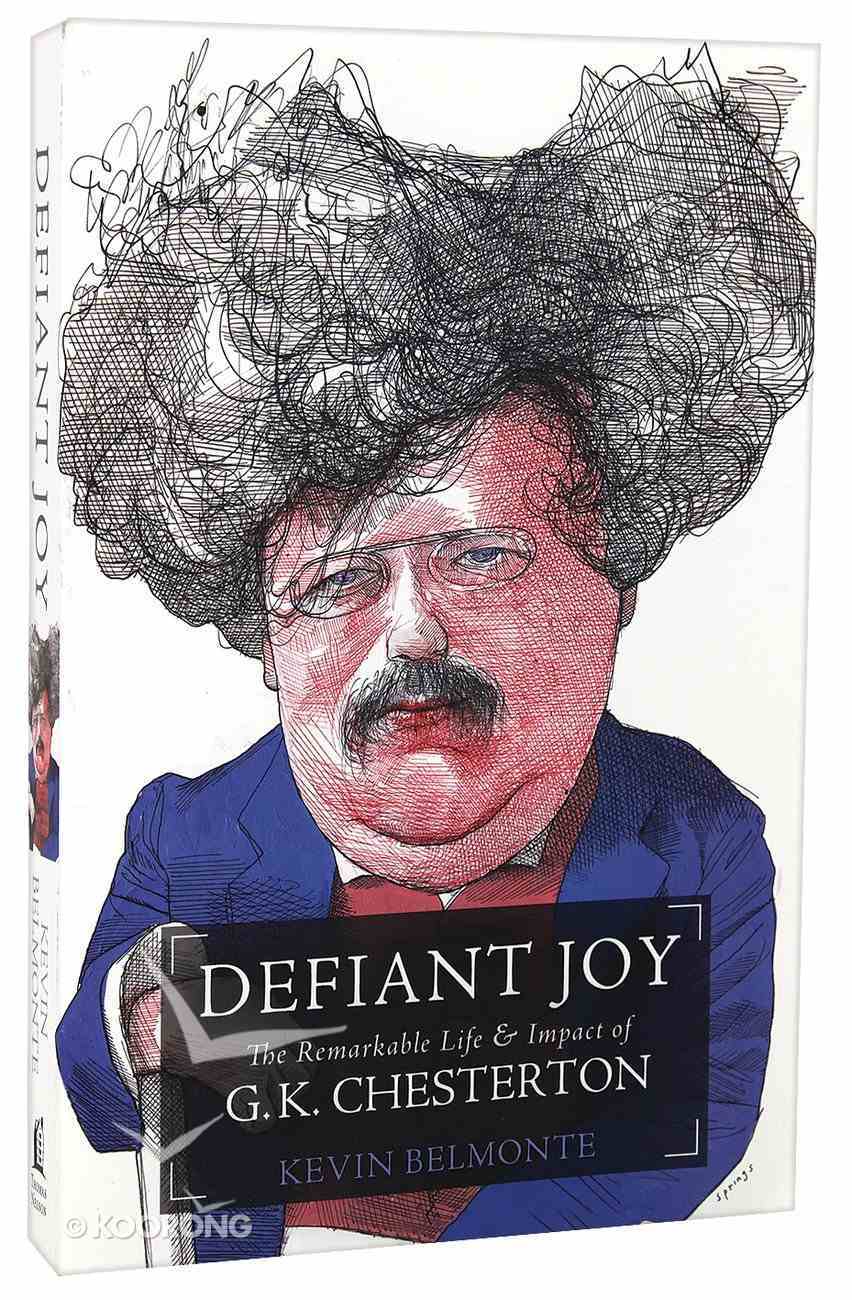 Defiant Joy is a powerful narrative of Chesterton's life through his literary accomplishments. Amid currents of modernity that sought to displace the Christian faith, Chesterton challenged thought leaders of his day with civility, erudition, and wit, contending that faith...

Defiant Joy is a powerful narrative of Chesterton's life through his literary accomplishments.

Amid currents of modernity that sought to displace the Christian faith, Chesterton challenged thought leaders of his day with civility, erudition, and wit, contending that faith is the central piece of our humanity. C. S. Lewis credits The Everlasting Man for his Christian vision, while Heretics and Orthodoxy are still considered pillars of Christian thought.

But Chesterton wasn't just an apologist. He wrote literary criticisms of Dickens and Chaucer still revered as seminal works. He wrote long-form epic poetry, widely-published articles, and lectured on art, politics, and history. Defiant Joy reveals a larger-than-life thinker and cultural giant - showing his utmost relevance for us today, and how a vibrant Christian witness can display the merits, joy, and sanity of a faith many wish to discredit.

You may be aware that G. K. Chesterton authored influential Christian biographies and apologetics. But you may not know the larger-than-life Gilbert Keith Chesterton himself?not yet. Equally versed in poetry, novels, literary criticism, and journalism, he addressed politics, culture, and religion with a towering intellect and a soaring wit.


Chesterton engaged his world through the written word. He carried on lively, public discussions with the social commentators of his day, continually challenging them with civility, humility, erudition, and his ever-sharp sense of humor. Today's reader can find the same treasures, for as Chesterton said, ?What a man can believe depends upon his philosophy, not upon the clock or the century.?


In Kevin Belmonte's fresh new biography, you'll get to know the real G. K. Chesterton and his literary and cultured accomplishments. A giant of his time, Chesterton continues to live large in the imaginations of twenty-first-century readers.


?Chesterton's explanation of Christianity makes absolute sense of the world. He reminds us that, free of our comforting delusions, reality is a tragic adventure in which we get to participate.? ?DONALD MILLER, author of the New York Times bestsellers A Million Miles in a Thousand Years and Blue Like Jazz


?There's a great new biography about one of the Christian giants of the 20th Century. And I mean that literally. To read Kevin Belmonte's recent book Defiant Joy: The Remarkable Life & Impact of G. K. Chesterton, is to feel a powerful sense of longing . . . because there is such a longing, a great need for advocates like Chesterton in our day. . . . But let's be grateful we still have the works of that great man to study and learn from. . . And we also have for you have Belmonte's vibrant new biography -- a wonderful reminder of the magnificent example Chesterton has set for us.??CHUCK COLSON(http://patriotpost.us/opinion/chuck-colson/2012/01/26/defiant-joy-why-we-still-need-chesterton/)