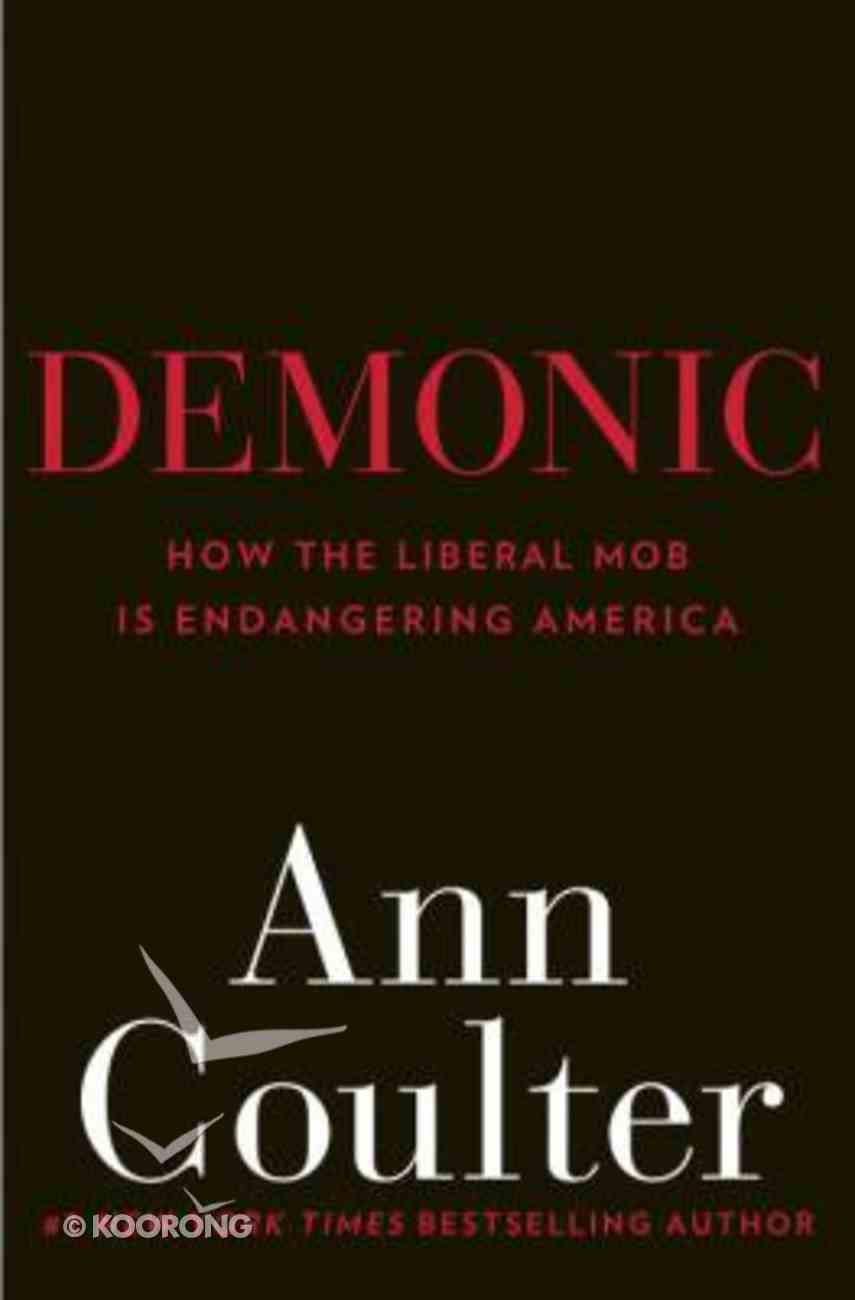 ANN COULTER is the #1 New York Times bestselling author of Guilty, If Democrats Had Any Brains, They'd Be Republicans, Godless, How to Talk to a Liberal (If You Must), Treason, Slander, and High Crimes and Misdemeanors. She is the...

ANN COULTER is the #1 New York Times bestselling author of Guilty, If Democrats Had Any Brains, They'd Be Republicans, Godless, How to Talk to a Liberal (If You Must), Treason, Slander, and High Crimes and Misdemeanors. She is the legal correspondent for Human Events and a syndicated columnist for Universal Press Syndicate. A graduate of Cornell University and University of Michigan Law School, she clerked for the Honorable Pasco Bowman II of the United States Court of Appeals for the Eighth Circuit, worked for the Senate Judiciary Committee, and served as a litigator with the Center for Individual Rights, a public interest law firm dedicated to the defense of individual rights, with particular emphasis on freedom of speech, civil rights, and the free exercise of religion. A frequent guest on many TV shows, she was named one of the top 100 public intellectuals by federal judge Richard Posner in 2001. Her weekly column can be read at anncoulter.com.
-Publisher

The demon is a mob, and the mob is demonic. The Democratic Party activates mobs, depends on mobs, coddles mobs, publicizes and celebrates mobs—it is the mob. Sweeping in its scope and relentless in its argument, Demonic explains the peculiarities of liberals as standard groupthink behavior. To understand mobs is to understand liberals.

In her most provocative book to date, Ann Coulter argues that liberals exhibit all the psychological characteristics of a mob, for instance:

Liberal Schemes: “No matter how mad the plan is—Fraternité, the ‘New Soviet Man,’ the Master Race, the Great Leap Forward, the Cultural Revolution, Building a New Society, ObamaCare—a mob will believe it.”

Liberal Enemies: “Instead of ‘counterrevolutionaries,’ liberals’ opponents are called ‘haters,’ ‘those who seek to divide us,’ ‘tea baggers,’ and ‘right-wing hate groups.’ Meanwhile, conservatives call liberals ‘liberals’—and that makes them testy.”

Citing the father of mob psychology, Gustave Le Bon, Coulter catalogs the Left’s mob behaviors: the creation of messiahs, the fear of scientific innovation, the mythmaking, the preference for images over words, the lack of morals, and the casual embrace of contradictory ideas.

Coulter traces the history of the liberal mob to the French Revolution and Robespierre’s revolutionaries (delineating a clear distinction from America’s founding fathers), who simply proclaimed that they were exercising the “general will” before slaughtering their fellow citizens “for the good of mankind.”

Similarly, as Coulter demonstrates, liberal mobs, from student radicals to white-trash racists to anti-war and pro-ObamaCare fanatics today, have consistently used violence to implement their idea of the “general will.”

As the heirs of the French Revolution, Democrats have a history that consists of pandering to mobs, time and again, while Republicans, heirs to the American Revolution, have regularly stood for peaceable order.

Hoping to muddy this horrifying truth, liberals slanderously accuse conservatives of their own crimes—assassination plots, conspiracy theorizing, political violence, embrace of the Ku Klux Klan. Coulter shows that the truth is the opposite: Political violence—mob violence—is always a Democratic affair.

Surveying two centuries of mob movements, Coulter demonstrates that the mob is always destructive. And yet, she argues, beginning with the civil rights movement in the sixties, Americans have lost their natural, inherited aversion to mobs. Indeed, most Americans have no idea what they are even dealing with.

Only by recognizing the mobs and their demonic nature can America begin to defend itself.
-Publisher

Writer Ann Coulter was born in New York City on December 8, 1961. She graduated with honors from Cornell University School of Arts and Sciences and received a J.D. from the University of Michigan Law School. She practiced law in New York City, worked for the Senate Judiciary Committee, and was a litigator with the Center for Individual Rights in Washington, D.C. She has written numerous books including High Crimes and Misdemeanors: The Case Against Bill Clinton (1998), Slander: Liberal Lies About the American Right (2002), and If Democrats Had Any Brains, They'd Be Republicans (2007). She is also writes a syndicated column for the Universal Press Syndicate.