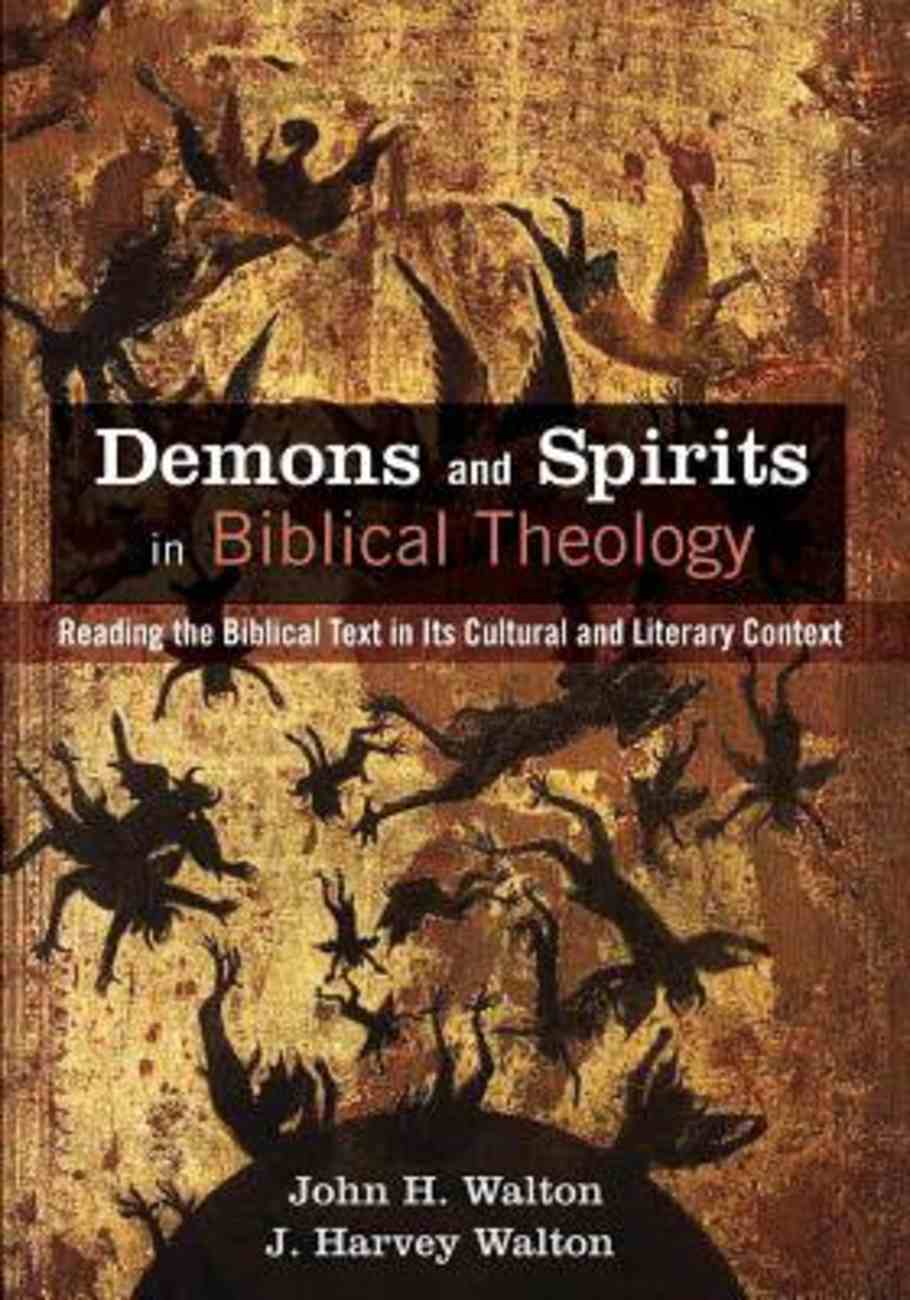 Demons and Spirits in Biblical Theology: Reading the Biblical Text in Its Cultural and Literary Context

Some people believe that a battle of cosmic proportions is raging as Satan and his demons seek to destroy Christians and undermine God's plans. Others believe that all talk of demons in the Bible and theology only reflects pre-modern superstitions...

Some people believe that a battle of cosmic proportions is raging as Satan and his demons seek to destroy Christians and undermine God's plans. Others believe that all talk of demons in the Bible and theology only reflects pre-modern superstitions that should be re-interpreted in philosophical and psychological terms. Despite their contrasts, both believe that the Bible directly or indirectly intends to teach readers about reality. Another path is possible. What if references to demons in the Bible are similar to references about the shape and structure of the cosmos representing the beliefs familiar to the ancient audience but used only as a framework for teaching about the plans and purposes of God? This approach is here worked out through detailed examination of hermeneutical method, the ancient Near Eastern and Greco-Roman contexts, each of the biblical terms and passages, and the essentials of biblical and systematic theology. Unlike many scholarly treatments of demons, readers will not find an assessment of the metaphysical realities. Instead they will be introduced to a hermeneutical, exegetical, and theological feast regarding what the Bible, understood in its ancient context, teaches. ""The authors argue against two diametrically opposed interpretations of demons in the Bible: demythologizing and reifying. They present a third approach, understanding references to the demonic within the cultural framework and mindset of each of the biblical authors. Their book is an original and cogent contribution to biblical scholarship, and absolutely essential for the scholarly study of the Devil."" --Jeffrey Burton Russell, Professor of History, emeritus, University of California, Santa Barbara ""This is a timely and critically needed resource that I really hope church leaders--and as many people as possible--will read. We need to have a correct understanding of the nature and schemes of evil today more than ever."" --Dan Kimball, on staff at Vintage Faith Church and the ReGeneration Project ""Demons and Spirits in Biblical Theology is a sophisticated yet very readable assessment of the problem of good and evil and how appeals to demons and evil spirits have played a role in the debate. This well researched and well-thought-out book makes major contributions to discussions about Conflict Theology, Prosperity Theology, and Open Theism. The authors wisely conclude that the Bible contains no theology of demons as such, only references to beliefs found in some contexts and settings. I strongly recommend this book."" --Craig A. Evans, Professor of Christian Origins, Houston Baptist University ""In Demons and Spirits in Biblical Theology, the authors develop in a new direction the long-term Waltonian program that is designed to make us better Bible-readers by helping us to read Scripture in its ancient contexts. Readers may not agree with every conclusion that arises from their important distinction between reference and affirmation in the Bible. They should, however, recognize the utility of the method in helping us to ensure that, on the matter of demons and spirits, we are people of biblical faith rather than (in reality) polytheists or practical atheists. I warmly commend this book to all who need help in thinking this matter through."" --Iain Provan, Professor of Biblical Studies, Regent College John H. Walton is Professor of Old Testament at Wheaton College. He has authored or edited over twenty-five books, including The Zondervan Illustrated Bible Backgrounds Commentary: Old Testament (2009), Ancient Near Eastern Thought and the Old Testament (2006), The Lost World of Adam and Eve (2015), Old Testament Theology for Christians (2017), and commentaries on Genesis (2001) and Job (2012). J. Harvey Walton is pursuing graduate studies at St. Andrews University and has been involved in various editing and writing projects.

Covenant: The Framework of God's Grand Plan of Redemption
Daniel I Block
Hardback

God of All Comfort: A Trinitarian Response to the Horrors of This World (Studies In Historical And Systematic Theology Series)
Scott Harrower
Paperback