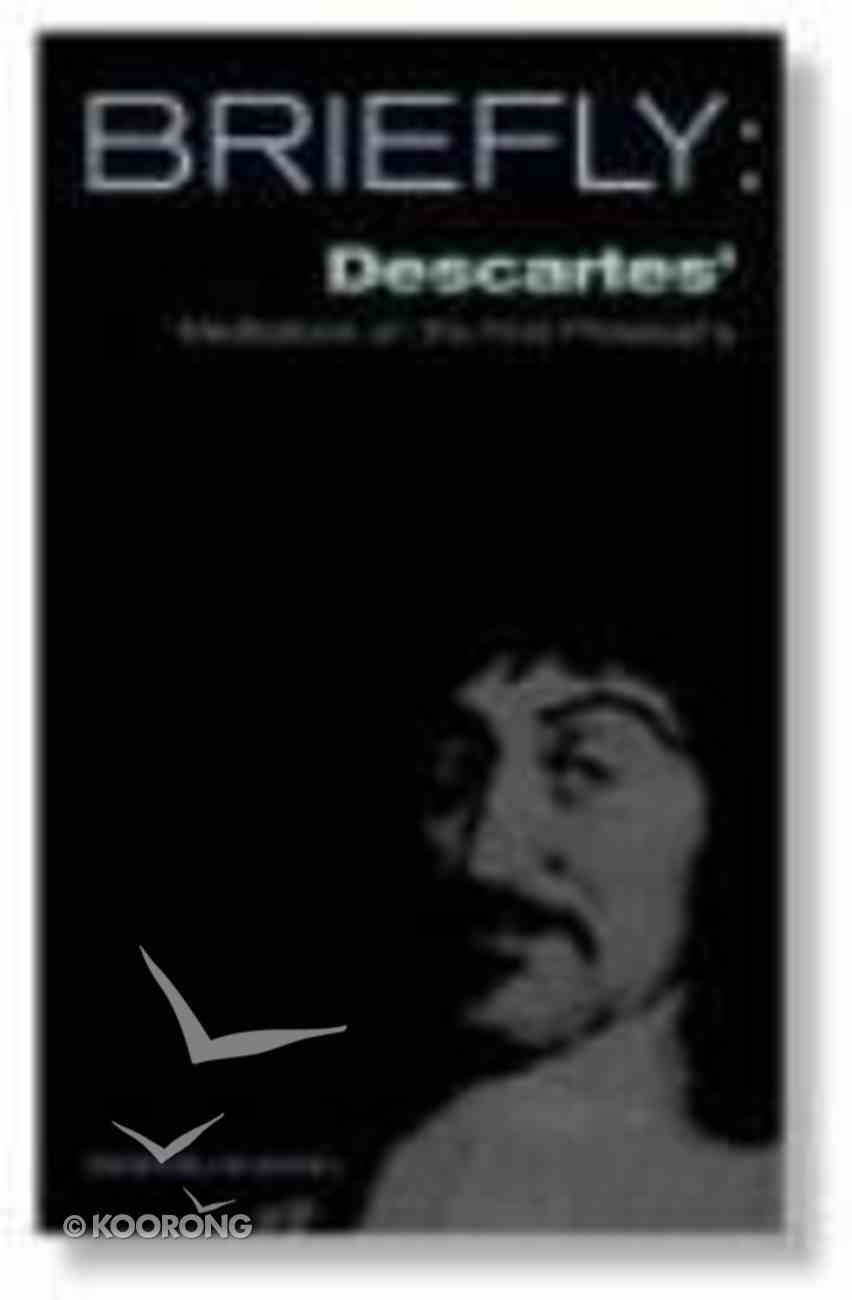 The Gospel in a Pluralist Society
Lesslie Newbigin
Paperback

Descartes' Meditations on First Philosophy was published in 1641, designed for the philosopher and for the theologian. It consists of six meditations, Of the Things that we may doubt, Of the Nature of the Human Mind, Of God: that He exists, Of Truth and Error, Of the Essence of Material Things, Of the Existence of Material Things and of the Real Distinction between the Mind and the Body of Man. However many scientists were opposed to Descartes' ideas, even in his own lifetime. Although famous as a mathematician, his mechanics of how the world exists, were proven not to be possible by Newton. This did not stop his ideas being championed in Europe for over a hundred years. His philosophy is one that students cannot be without and this Briefly provides a thorough and accessible guide to one of his most important works.
-Publisher

David R Law is Reader in Christian Thought in the School of Arts, Histories and Cultures, at the University of Manchester, UK.