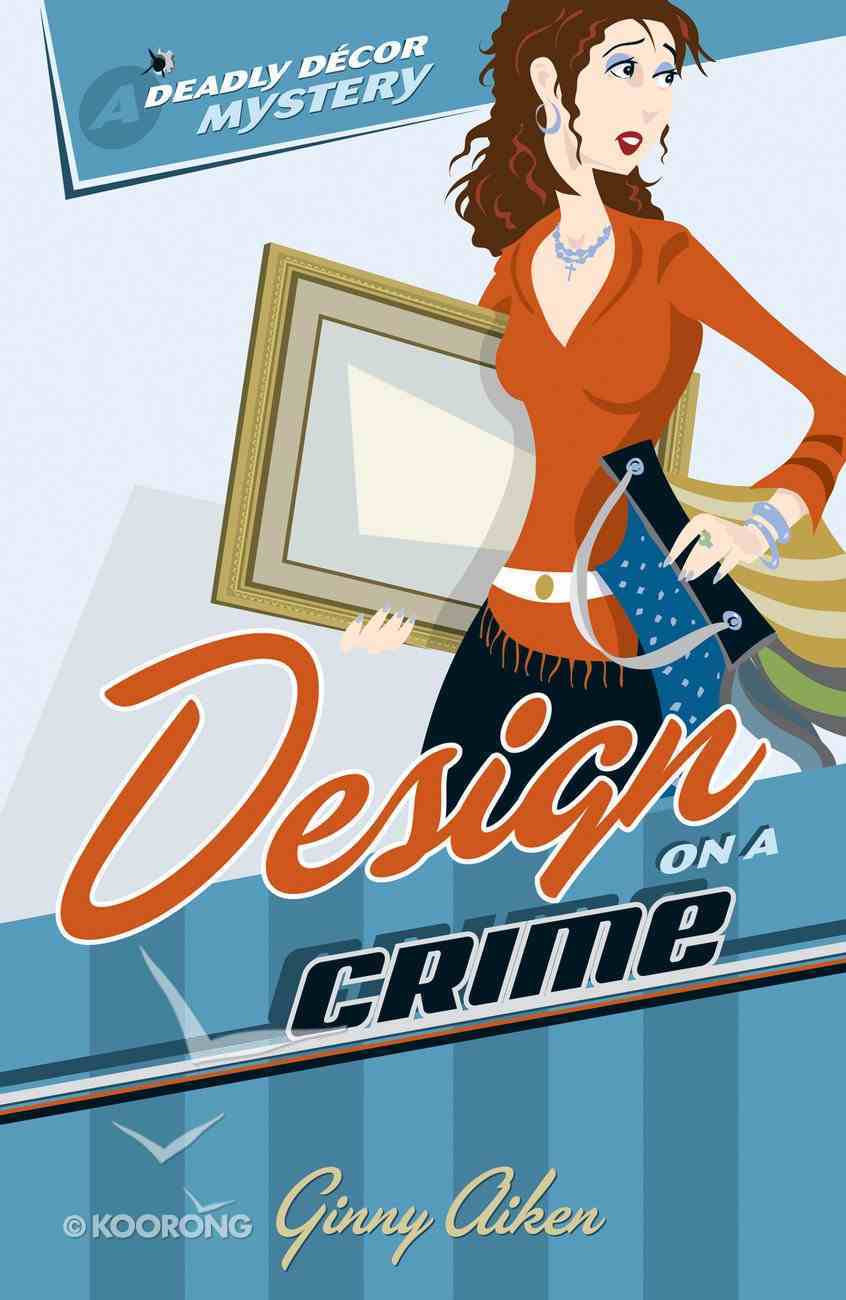 Design on a Crime (#01 in Deadly Decor Mystery Series)

Trying to prove her innocence in a murder investigation, interior designer Haley Farrell realizes that paintchips and fabric samples do not a detective make. Has she been caught in the perfectly designed crime?Real life. Real books. Novel ideas. Interior designer...

Haley Farrell is taking a chance on herself. After earning her interior design certificate, she quits her retail job and opens a decorating business. But starting her own company may be tougher than she first thought. Just as Haley's first assignment gets underway, she suddenly finds herself as the prime suspect in a murder investigation. What's worse, the victim is Haley's best friend and mentor, Marge Norwalk.

Reeling from Marge's death, Haley soon realizes that the only way to prove her innocence is to find the real murderer. Before long, Haley is collecting clues and suspects like other designers collect paint chips and fabric samples. But will contractor Dutch Merrill and detective Lila Tsu be swayed by her investigative talents? Or will she be the one punished for this perfectly designed crime?Former newspaper reporter and ballerina, Ginny Aiken, lives with her husband and four sons in York, Pennsylvania. Born in Cuba and raised in Venezuela, she discovered books at a very early age, writing her first novel at age fifteen. Ginny is a frequent speaker at women's events and writers' conferences.

Haley Farrell is taking a chance on herself. After receiving her interior design certificate, she quits her job at the local furniture store and decides to open her own interior decorating business. But with all the advantages of her new career-meeting new people, and decorating new and old homes-comes a huge pitfall. Her new job allows her access into her clients' homes and their lives ... but also their deaths.

When Haley's mentor, Marge Norwalk, is murdered, Haley becomes the prime suspect. Armed only with the confidence that Marge instilled in her, Haley sets out to find the real murderer. But as she sets forth, she has no idea what twists and turns will bring her face-to-face with her long-hidden past.

Book one in the Deadly Décor Mysteries will keep both Ginny Aiken's established readership and new fans coming back for more.
-Publisher