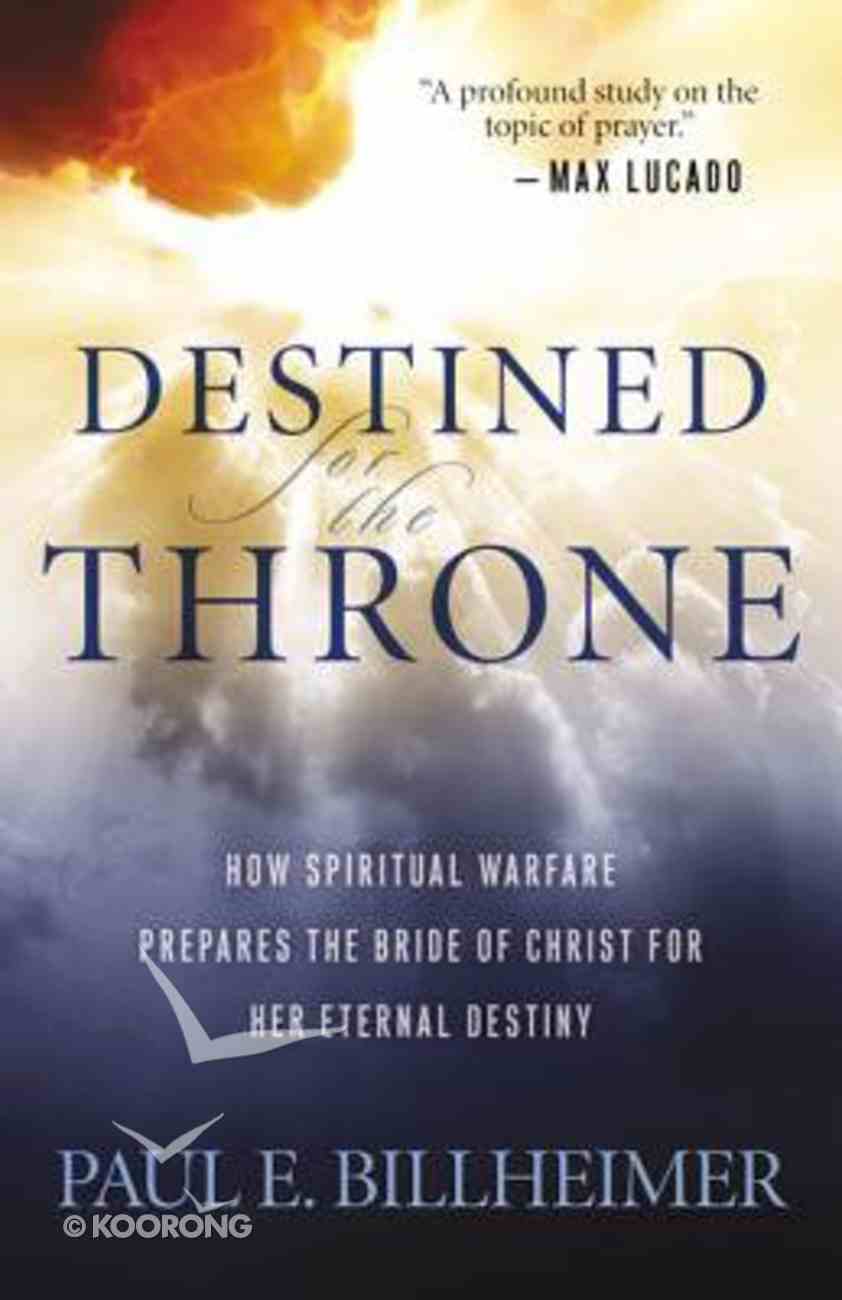 Destined For the Throne: How Spiritual Warfare Prepares the Bride of Christ For Her Eternal Destiny (Repackaged Edition)

- Includes Billy Graham's foreword to the first edition - More than 175,000 copies sold - Inspires and challenges readers to prepare for their heavenly Bridegroom

- Includes Billy Graham's foreword to the first edition - More than 175,000 copies sold - Inspires and challenges readers to prepare for their heavenly Bridegroom
-Publisher

First published nearly 30 years ago, Destined for the Throne continues to train believers for their heavenly destiny. God??'s eternal purpose, Billheimer says, has been the preparation of an eternal companion for His Son. This preparation takes place as Christians engage in spiritual warfare and practice believing prayer. ??? A] thorough presentation of God??'s total purpose and destiny for the church???satisfying and demanding, ??? said Norman Grubb, former International Director of WEC.
-Publisher

PAUL E. BILLHEIMER and his wife began a tent ministry in Anderson, Indiana, in 1936 that grew to include a Bible institute, a Christian high school, a Christian day school, and in 1957, a Christian television station. His books include Don't Waste Your Sorrows, and Destined for the Throne. They were married for 63 years and raised three children. Paul Billheimer passed away in 1984.