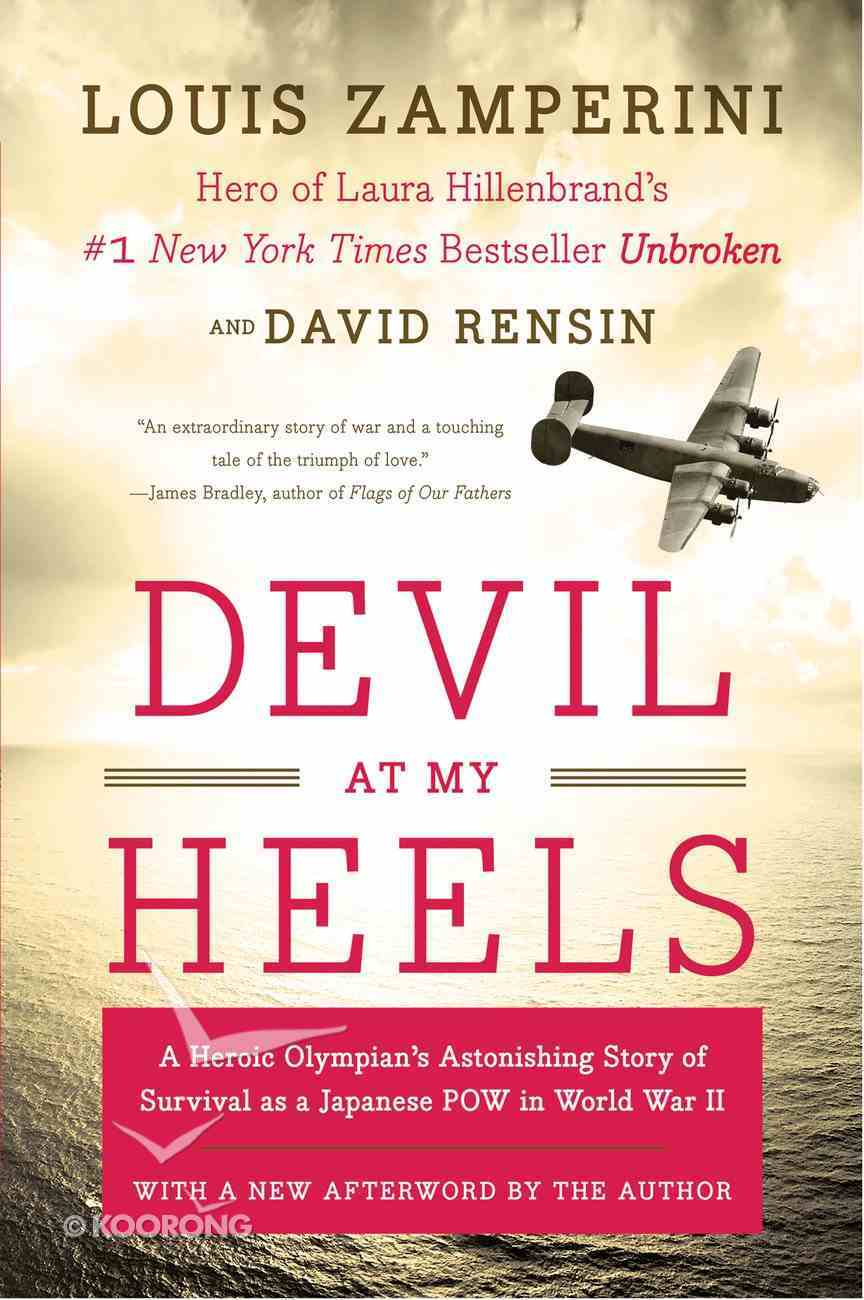 Devil At My Heels

The bestselling autobiography of the legendary Louis Zamperini, hero of the blockbuster Unbroken. A modern classic by an American legend, Devil at My Heels is the riveting and deeply personal memoir by U.S. Olympian, World War II bombardier, and...

Don't Give Up, Don't Give in
Louis Zamperini
eBook

Through My Eyes
Tim Tebow
eBook

The Practice of Saying No
Barbara Brown Taylor
eBook

The bestselling autobiography of the legendary Louis Zamperini, hero of the blockbuster Unbroken.


A modern classic by an American legend, Devil at My Heels is the riveting and deeply personal memoir by U.S. Olympian, World War II bombardier, and POW survivor Louis Zamperini. His inspiring story of courage, resilience, and faith has captivated readers and audiences of Unbroken, now a major motion picture directed by Angelina Jolie. In Devil at My Heels, his official autobiography (co-written with longtime collaborator David Rensin), Zamperini shares his own first-hand account of extraordinary journey-hailed as "one of the most incredible American lives of the past century" (People).


A youthful troublemaker, a world-class NCAA miler, a 1936 Olympian, a WWII bombardier: Louis Zamperini had a fuller life than most. But on May 27, 1943, it all changed in an instant when his B-24 crashed into the Pacific Ocean, leaving Louis and two other survivors drifting on a raft for forty-seven days and two thousand miles, waiting in vain to be rescued. And the worst was yet to come when they finally reached land, only to be captured by the Japanese. Louis spent the next two years as a prisoner of war-tortured and humiliated, routinely beaten, starved and forced into slave labor-while the Army Air Corps declared him dead and sent official condolences to his family. On his return home, memories of the war haunted him nearly destroyed his marriage until a spiritual rebirth transformed him and led him to dedicate the rest of his long and happy life to helping at-risk youth.


Told in Zamperini's own voice, Devil at My Heels is an unforgettable memoir from one of the greatest of the "Greatest Generation," a living document about the brutality of war, the tenacity of the human spirit, and the power of faith.

Louis Zamperini is the subject of Lauren Hillenbrand's critically acclaimed biographyUnbroken, the research for which was conducted over the course of more than 75 phone calls between Zamperini and the author, resulting in hundreds of hours of interviews. Zamperini is a regular lecturer, appearing before student groups, veterans, troubled youth, sports clubs, senior citizens, and religious organizations. Zamperini, now 93, lives in Hollywood, and only recently gave up skateboarding.