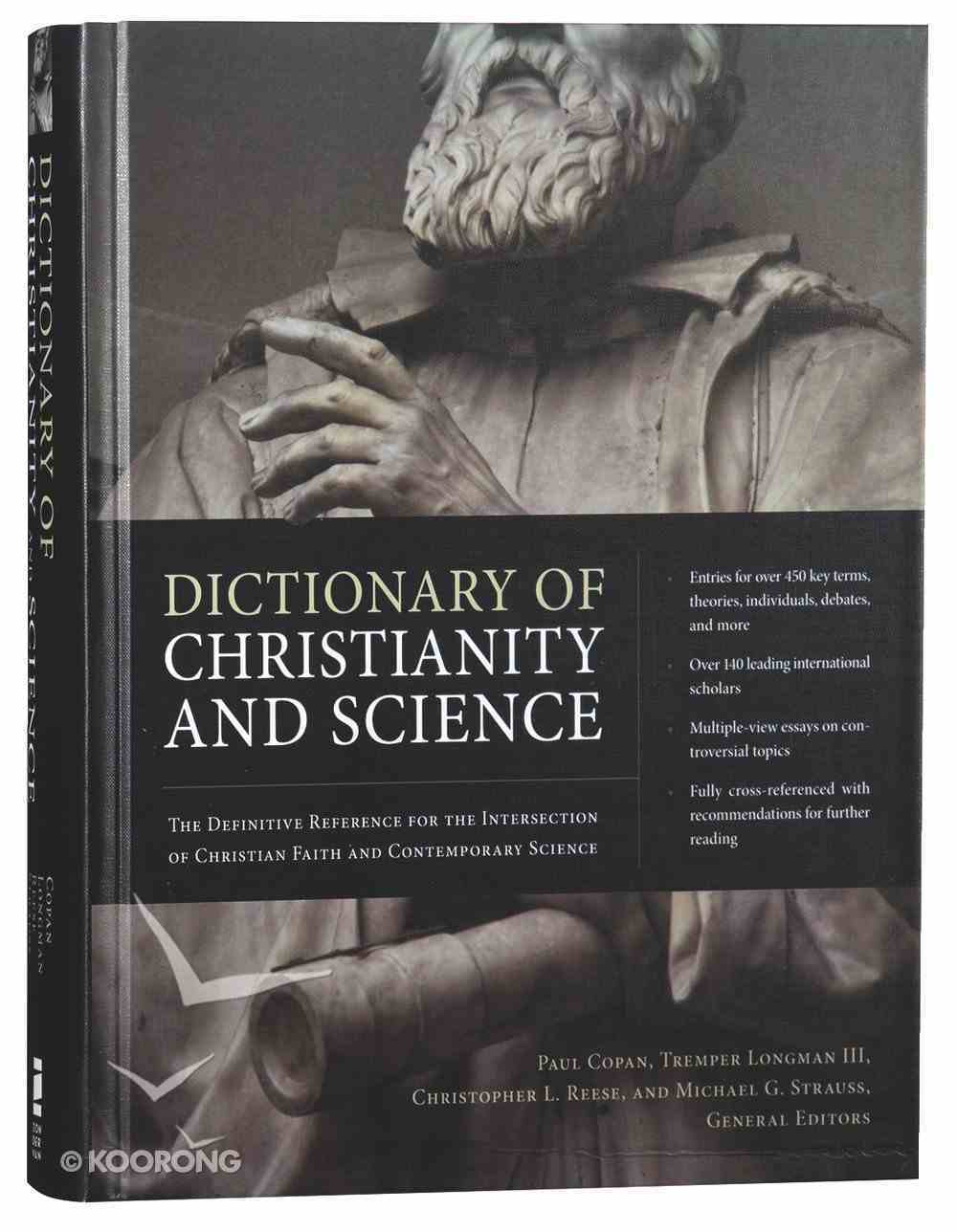 Dictionary of Christianity and Science

This comprehensive reference work contains entries on over 450 key terms, theories, individuals, movements, and debates at the intersection of Christian faith and contemporary science. Areas of disagreement among evangelicals are handled in 'counterpoint'-style essays.

The Fool and the Heretic: How Two Scientists Moved Beyond Labels to a Christian Dialog About Creation and Evolution
Todd Charles Wood, Darrel Falk
Paperback

Christianity and the Nature of Science
J P Moreland
eBook

This comprehensive reference work contains entries on over 450 key terms, theories, individuals, movements, and debates at the intersection of Christian faith and contemporary science. Areas of disagreement among evangelicals are handled in 'counterpoint'-style essays.

:
The Dictionary of Christianity and Science provides, in one volume, entries on over 450 key terms, theories, individuals, movements, and debates at the intersection of Christian faith and contemporary science.


In addition, because certain topics such as the age of the Earth and the historicity of Adam and Eve provoke disagreement among Christians, the dictionary includes "Counterpoints"-like essays that advocate for the views most commonly held among evangelicals. Representatives of leading perspectives present their arguments vigorously but respectfully in these advocacy essays, allowing readers to compare options and draw their own conclusions. The dictionary is also fully cross-referenced and entries include references and recommendation for further reading.


Edited by Paul Copan, Tremper Longman III, Christopher L. Reese, and Michael G. Strauss, the Dictionary of Christianity and Science features a top-notch lineup of over 140 contributors in the fields of biblical studies, theology, philosophy, history, and various sciences. A unique reference work, it will be useful for scholars, pastors, students, and any Christian wanting to better understand the most relevant issues and ideas at the intersection of Christian faith and science.

Has Science Killed God?: And Other Essays From the Faraday Institute
Denis Alexander
Hardback