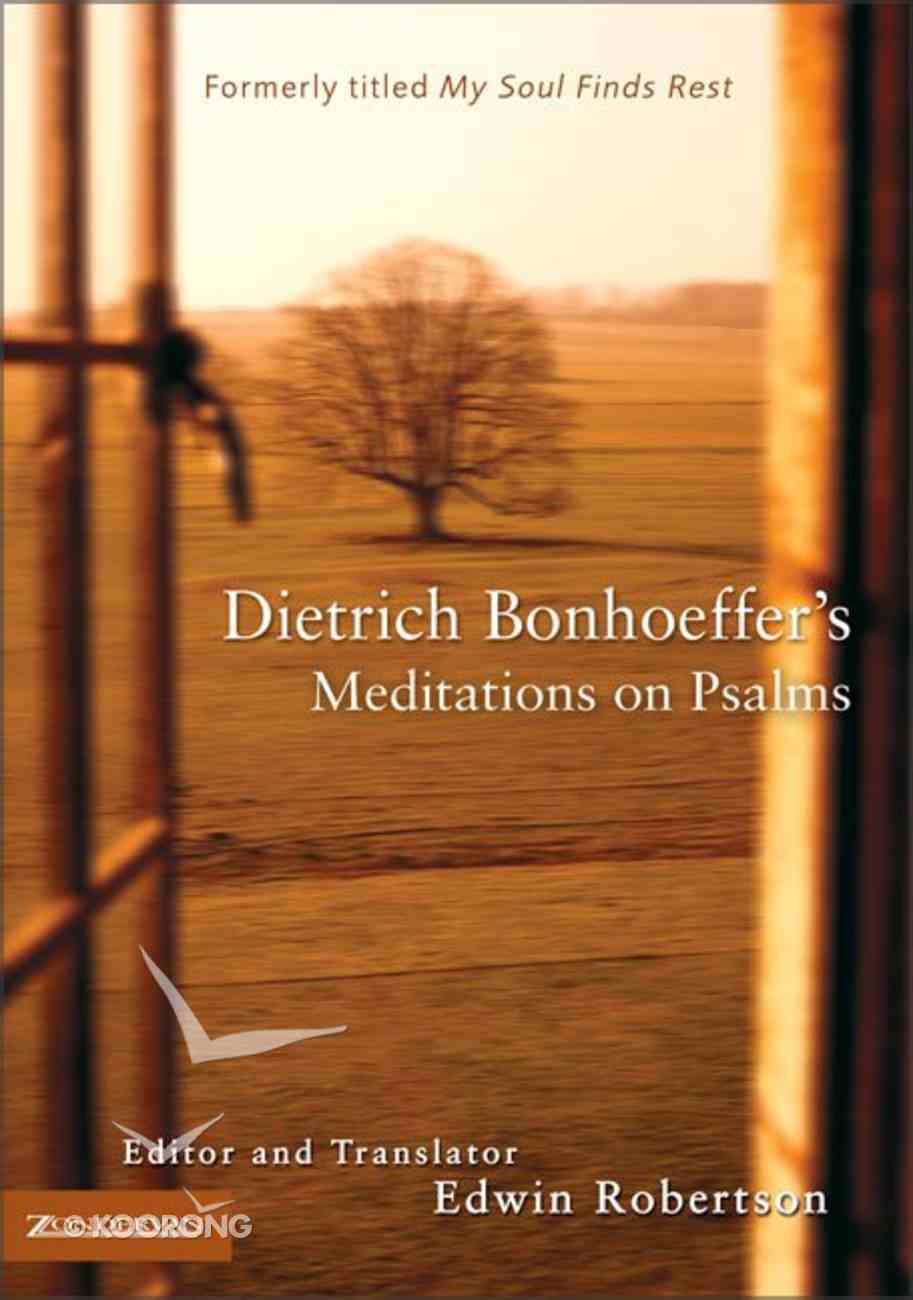 27 available
Expected to ship on Monday from Australia.
Learn More
Free Shipping
for orders over $99.

"The only way to understand the Psalms is on your knees, the whole congregation praying the words of the Psalms with all its strength." - Dietrich Bonhoeffer. At the time of his execution by the Nazis in 1945, Dietrich Bonhoeffer was not quite forty years old. Yet already, his influence as a theologian was felt not only in Germany, but throughout the world. His interactions with the Psalms reveal a passionate heart and brilliant mind grappling with the Bible's eternal truths and their application to human nature and temporal realities. Dietrich Bonhoeffer's Meditations on Psalms is vintage Bonhoeffer: eloquent, incisive, encouraging, challenging, inviting us to find in the Psalms both a path toward repose in God and a call to Christlike living and practical action as followers of the Lord Jesus.

Translator and editor Edwin H. Robertson as born in London, England, in 1912, of Scottish parents. For many years involved in broadcasting and communications, he is the author of a number of books, notably on the Bible, broadcasting, and Dietrich Bonhoeffer. He is the minister of Heath Street Baptist Church in Hampstead, London, England.