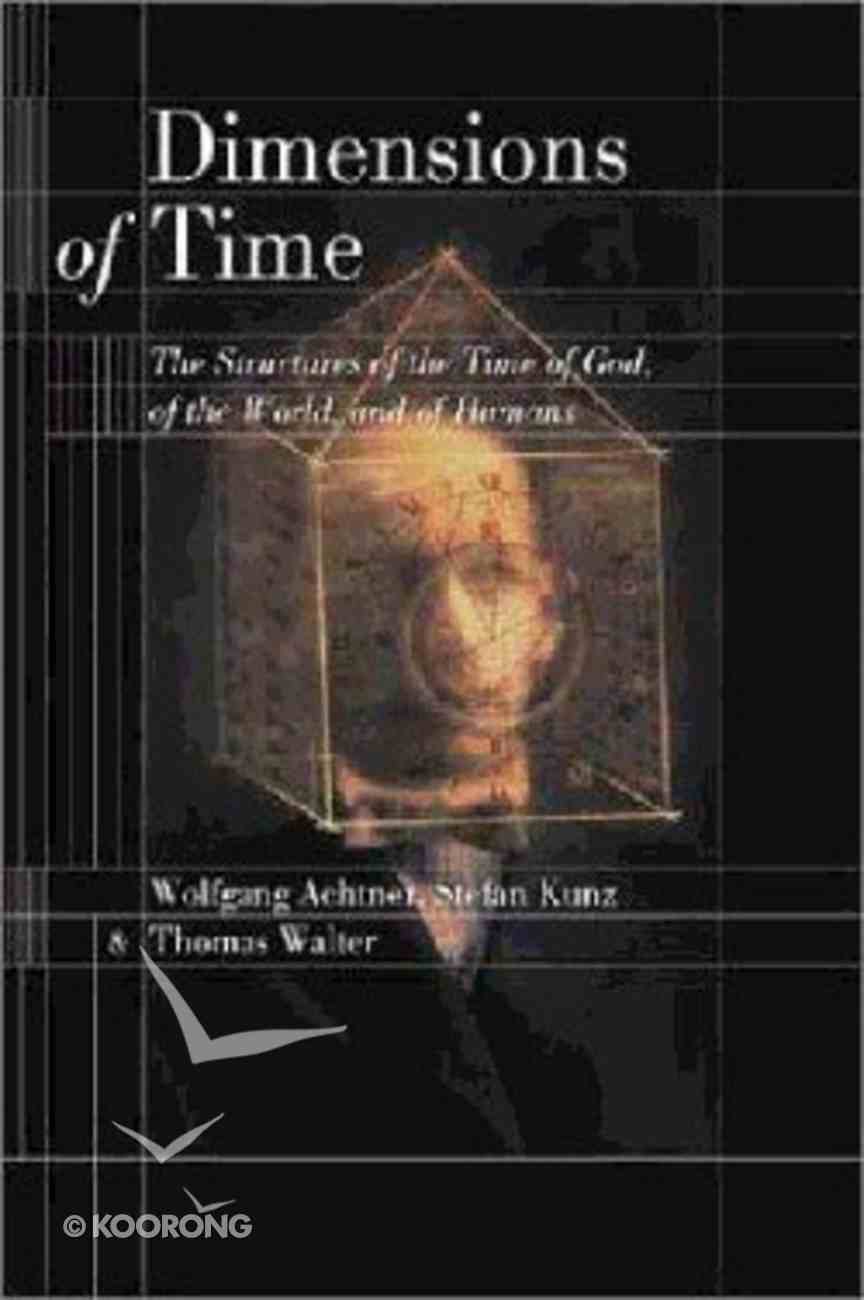 The God Who Acts in History: The Significance of Sinai
Craig G Bartholomew
Paperback

In Search of the Soul: A Philosophical Essay
John Cottingham
Hardback

Theories of the nature of time offered by anthropology, science, and religion are not only numerous but also very different. This groundbreaking book cuts through the confusion by introducing a provocative new tripolar model of time that integrates the human, natural, and religious dimensions of time into a single, harmonious whole.Wolfgang Achtner, Stefan Kunz, and Thomas Walter begin by exploring the structures of time in anthropological terms. They discuss time phenomenologically, showing how it can be experienced in three distinct ways -- the mythic-cyclic, the rational-linear, and the mystic-holistic -- and they root these experiences in the findings of modern neuroscience and trace these three forms of the perception of time within various cultures of antiquity.The second part of the book looks at time as it has been described by some of sciences most profound theories, including classical mechanics, the special and general theories of relativity, quantum mechanics, thermodynamics, and chaos theory. The authors then bring religion into the equation by surveying how time is conceived in both the Hebrew Bible and the Christian New Testament. They distinguish time concepts in wisdom and apocalyptic literature from time concepts in prophetic literature, and they demonstrate the basic eschatological orientation of the Christian view of time."Dimensions of Time culminates by tying together the various strands of the authors' multidisciplinary, tripolar model of time. Offering a fascinating application of their unique theory, Achtner, Kunz, and Walter show how the unhealthy acceleration of life in contemporary society needs to be balanced by a rediscovery ofthe mystical experience of time, leading to a greater, deeper sense of human fulfillment.
-Publisher

Achtner is campus minister and part-time lecturer on the dialogue between science and religion at the University of Giessen, Germany.