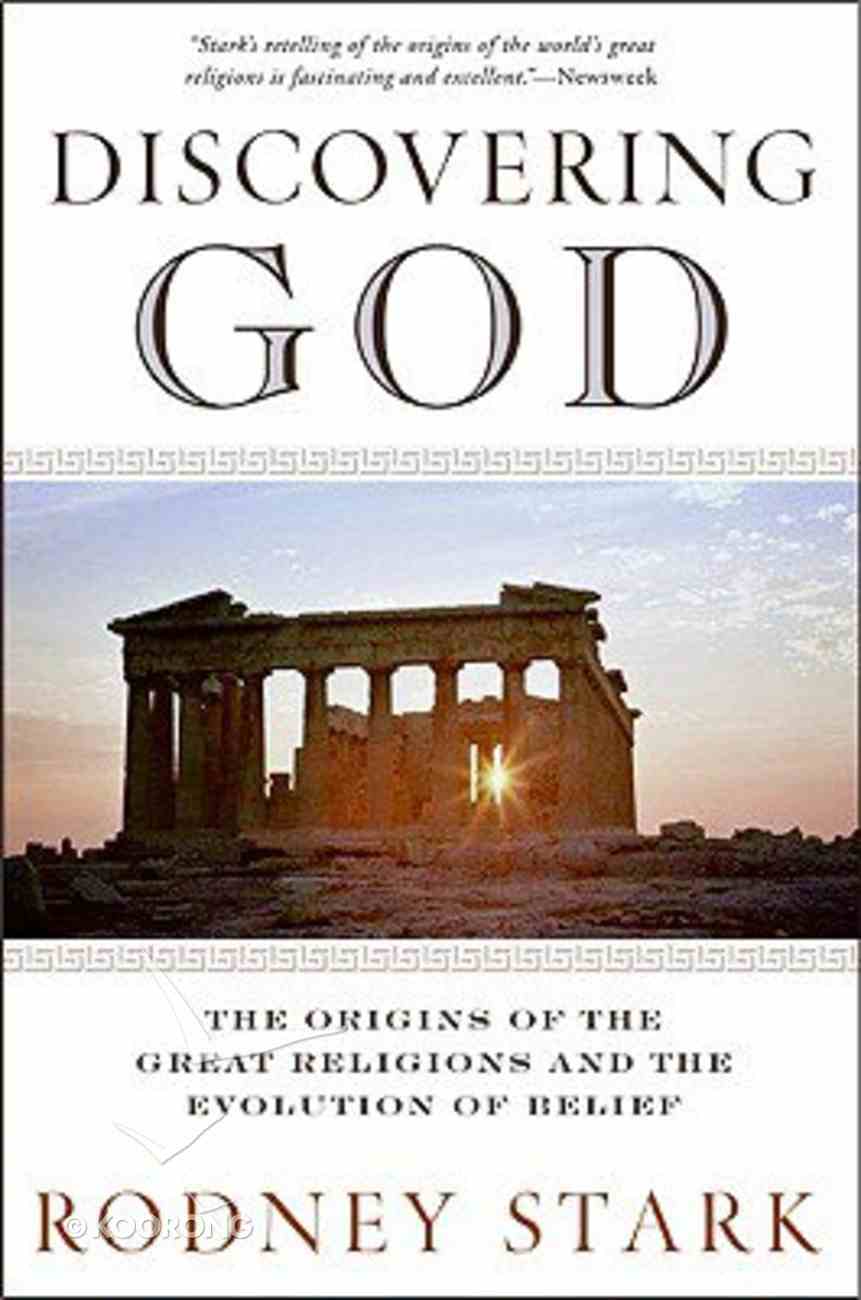 Discovering God is a monumental history of the origins of the great religions from the Stone Age to the Modern Age. Sociologist Rodney Stark surveys the birth and growth of religions around the world - from the prehistoric era of...

God's Battalions: The Case For the Crusades
Rodney Stark
eBook

Discovering God is a monumental history of the origins of the great religions from the Stone Age to the Modern Age. Sociologist Rodney Stark surveys the birth and growth of religions around the world - from the prehistoric era of primal beliefs; the history of the pyramids found in Iraq, Egypt, Mexico, and Cambodia; and the great "Axial Age" of Plato, Zoroaster, Confucius, and the Buddha, to the modern Christian missions and the global spread of Islam. He argues for a free-market theory of religion and for the controversial thesis that under the best, unimpeded conditions, the true, most authentic religions will survive and thrive. Among his many conclusions: ^^^Despite decades of faulty reports that early religions were crude muddles of superstition, it turns out that primitive humans had surprisingly sophisticated notions about God and Creation. ^^^The idea of "sin" appeared suddenly in the sixth century BCE and quickly reshaped religious ideas from Europe to China. ^^^Some major world religions seem to lack any plausible traces of divine inspiration. ^^^Ironically, some famous figures who attempted to found "Godless" religions ended up being worshiped as Gods. ^^Most people believe in the existence of God (or Gods), and this has apparently been so throughout human history. Many modern biologists and psychologists reject these spiritual ideas, especially those about the existence of God, as delusional. They claim that religion is a primitive survival mechanism that should have been discarded as humans evolved beyond the stage where belief in God served any useful purpose - that in modern societies, faith is a misleading crutch and an impediment to reason. In Discovering God, award-winning sociologist Rodney Stark responds to this position, arguing that it is our capacity to understand God that has evolved - that humans now know much more about God than they did in ancient times.
-Publisher.


The History of God


In Discovering God, award-winning sociologist Rodney Stark presents a monumental history of the origins of the great religions from the Stone Age to the Modern Age and wrestles with the central questions of religion and belief.