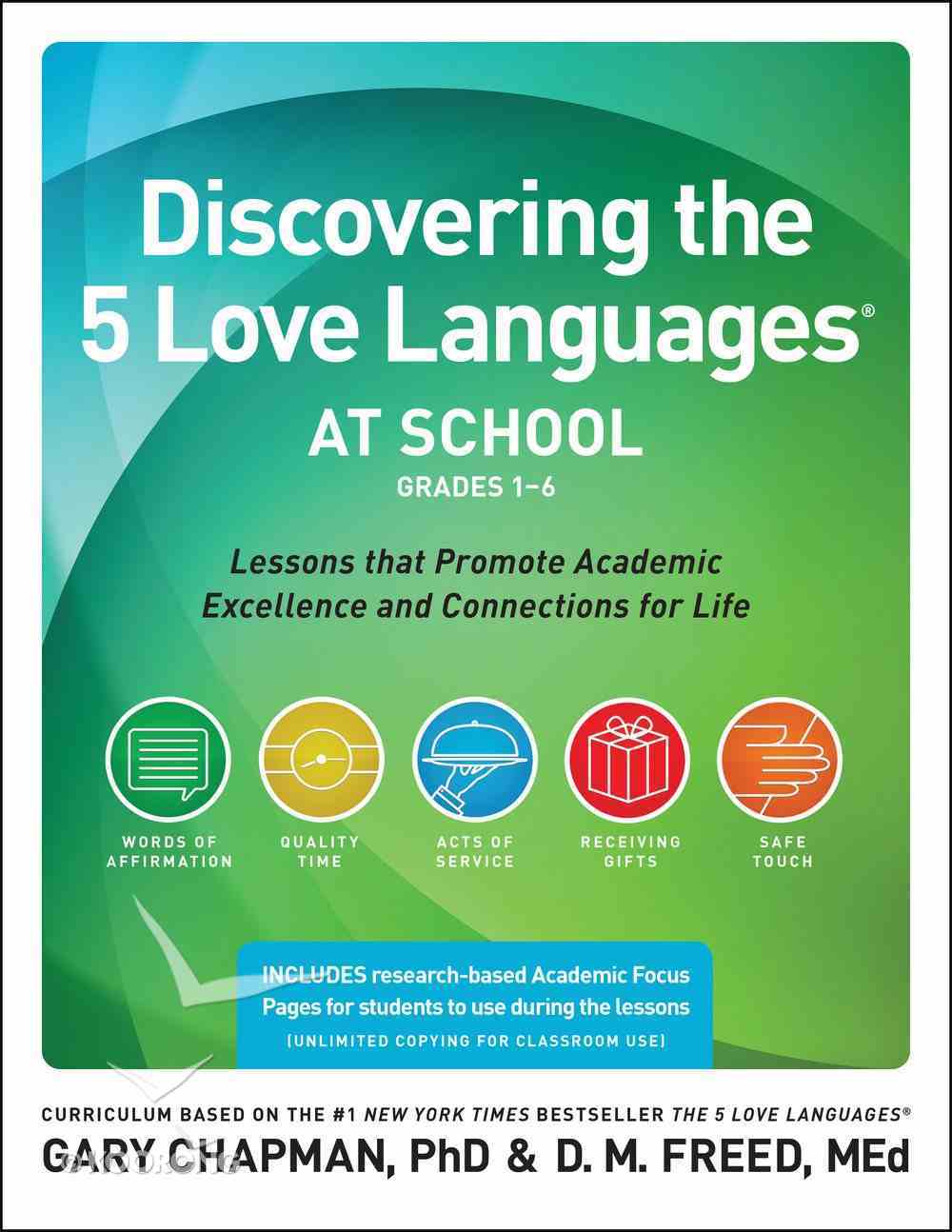 : Discovering the 5 Love Languages At School: Lessons That Promote Academic Excellence and Connections for Life is a 7-8 week curriculum product designed to aid elementary educators in teaching the five love languages to their elementary-aged students. ...

Discovering the 5 Love Languages At School: Lessons That Promote Academic Excellence and Connections for Life is a 7-8 week curriculum product designed to aid elementary educators in teaching the five love languages to their elementary-aged students.


Based on the #1 New York Times bestselling, The 5 Love Languages®, this curriculum is research-based and will help teachers and students establish both human and academic connections. When the lessons are completed a bridge will be created between the students, teacher, peers and family. Thoroughly field-tested prior to publication, this material has been taught in many classrooms with outstanding results. And, in addition to covering the positive aspects of the love languages, the curriculum also uses compare/contrast technique to highlight the opposite of each love language and help students understand personal safety issues which are typically required teaching in schools. For example, the opposite of words of affirmation is harassment, the opposite of quality time is intentionally excluding people, the opposite of acts of service is bullying, etc.


Each book includes reproducible research-based Academic Focus Pages which are age-appropriate for the students' grade level. These pages have been created with the most effective instructional strategies widely known for their ability to reinforce lessons and bring clarity.

On Christian Teaching: Practicing Faith in the Classroom
David I Smith
Paperback

The 100 Words That Make the English
Tony Thorne
eBook