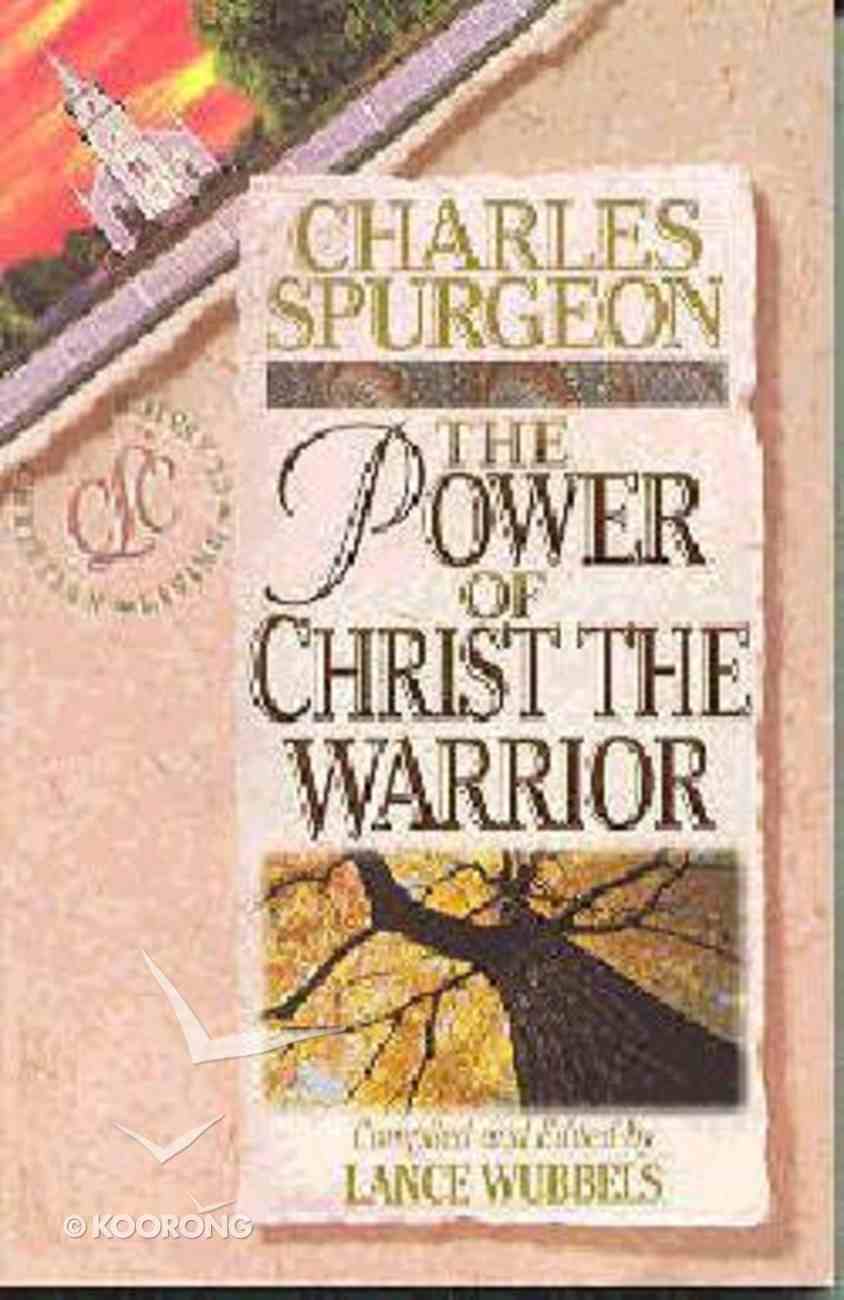 Discovering the Power of Christ the Warrior

1. Almighty Warrior^2. Christ With The Keys Of Death And Hell^3. The Rider On The White Horse^4. Christ The Destoyer Of Death^5. The Savior's Many Crowns^6. The Great Liberator^7. The Lamb In Glory^8. He Must Reign^9. The Unconquerable King^10. A...

Sermons on the Love of Christ
Charles H Spurgeon
Paperback

Sermons on the Prayers of Christ
Charles H Spurgeon
Paperback

1. Almighty Warrior^2. Christ With The Keys Of Death And Hell^3. The Rider On The White Horse^4. Christ The Destoyer Of Death^5. The Savior's Many Crowns^6. The Great Liberator^7. The Lamb In Glory^8. He Must Reign^9. The Unconquerable King^10. A Mighty Savior^11. The Destroyer Destroyed^12. Our Omnipotent
-Publisher

Charles Spurgeon remains history's most widely read preacher. The subject matter of these books has been carefully researched and compiled from his legacy of 3,561 sermons. This series offers an intimate view into the life of Christ and what specific areas of His life mean for us.
-Publisher