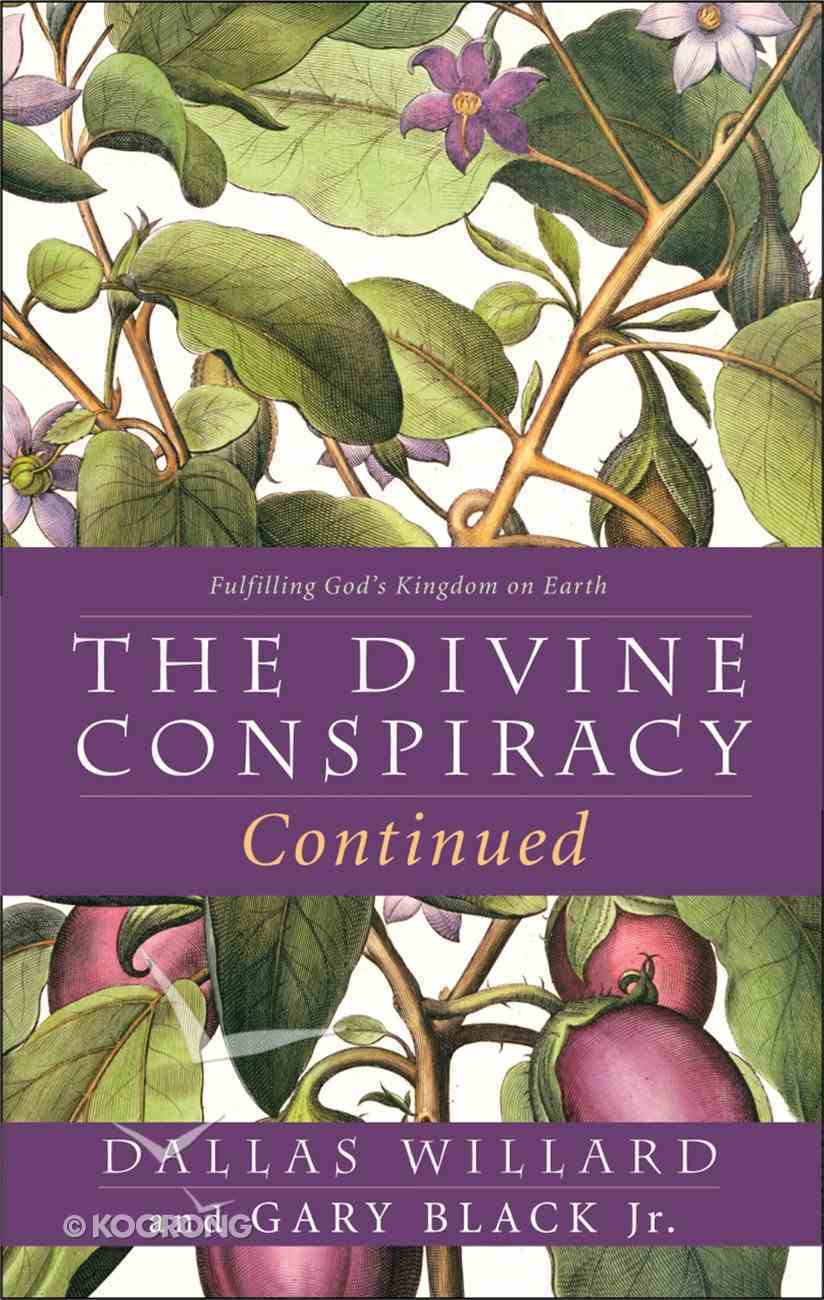 Dallas Willard, the author of the bestselling spiritual classic, The Divine Conspiracy, now fulfills his revolutionary vision of how the kingdom of God is made real on earth in this sequel, the last book he was working on before his...

Dallas Willard, the author of the bestselling spiritual classic, The Divine Conspiracy, now fulfills his revolutionary vision of how the kingdom of God is made real on earth in this sequel, the last book he was working on before his recent death


In ?The Divine Conspiracy?, revered Christian philosopher and scholar Dallas Willard critiqued the church's obsession with ?sin management? and revolutionised our understanding of true Christian discipleship. Jesus is not a remote saviour, waiting to welcome us into heaven after we die, Willard argued. He is a dynamic living force, a leader and teacher to whom we apprentice ourselves to learn the sacred skills God
wants us to embrace, and to fulfil His son's vision when Christ declared that the ?kingdom of God has come.?


In The Divine Conspiracy Continued, co-written with theologian Gary Black, Willard lays out the next stage in God's plan as this generation of disciples, including ordained and lay leaders, step into positions of authority across our culture and begin to transform the world from the inside out. To fulfil the Christian calling is not to remove oneself from the outside
world and take shelter from its shortcomings, Willard reminds us, but to step into the world to lead and serve as agents of change.

Gold title
? Beyond death, Willard remains a leader's leader, the authority other teachers look to for spiritual guidance and insight. As the last book he was actively working on
before his death, The Divine Conspiracy Continued is both a fount of wisdom and a new blueprint for how God's revolution can continue into the twenty-first century.


? Willard won the Christianity Today Book Award in 2007 for The Great Omission, which has netted over 32,000 copies in hardcover.


? The Divine Conspiracy is a perennial bestseller.

Black is Vice President of Rock the Nations.