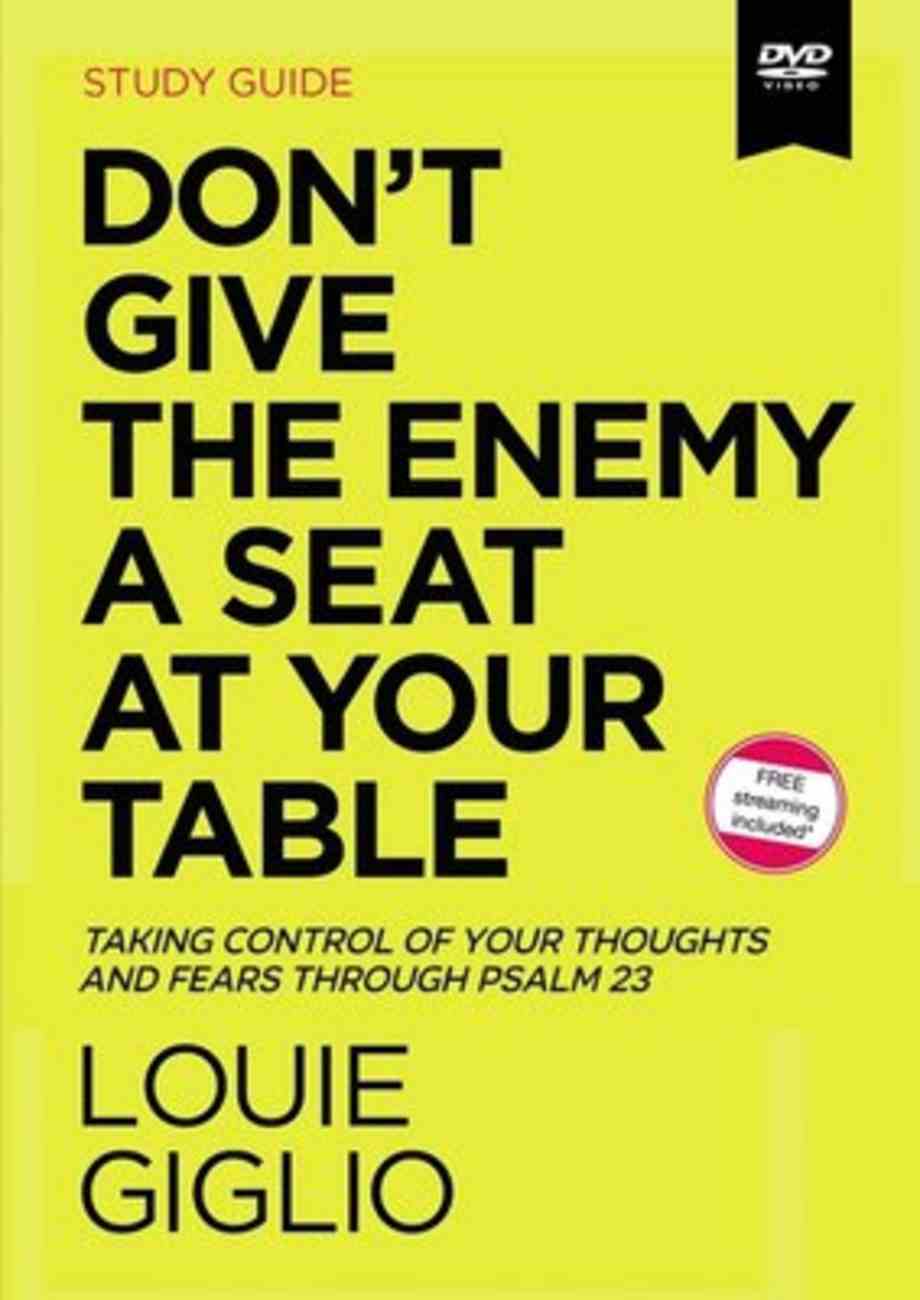 Don't Give the Enemy a Seat At Your Table: Taking Control of Your Thoughts and Fears Through Psalm 23 (Video Study)

: In this study, bestselling author and pastor Louie Giglio relates how several years ago he experiencing one of his toughest seasons as a leader. He was feeling attacked, and in a moment of weakness, he fired off an angry...

I Am Not But I Know I Am
Louie Giglio
Paperback

Goliath Must Fall: Winning the Battle Against Your Giants
Louie Giglio
Paperback

:
In this study, bestselling author and pastor Louie Giglio relates how several years ago he experiencing one of his toughest seasons as a leader. He was feeling attacked, and in a moment of weakness, he fired off an angry text to a friend. It took him five minutes to compose the message-paragraphs of woe about the one causing harm. The nine-word text back from his friend simply said, "Don't give the enemy a seat at your table."


Louie relates how this simple text led him to realize that he had been allowing his adversary-the devil-into the conversation going on in his mind. He had, in fact, been giving his enemy a seat at his table. In turn, this led Louie to Psalm 23, one of the most loved texts in all of Scripture that has comforted God's people throughout the ages.


As group members go through this study, they will see they have the power, through Christ, to take back control of their thoughts and emotions. As they uncover the meaning behind the words of Psalm 23, they will discover that God is saying they do not have to give a place to fear, envy, or despair in their lives. Ultimately, they will walk away with practical ways to defeat the enemy's lies and know how to experience peace and security in the midst of any situation as they learn to listen to voice of their Shepherd.


Designed for use with Don't Give the Enemy a Seat at Your Table Study Guide (sold separately).