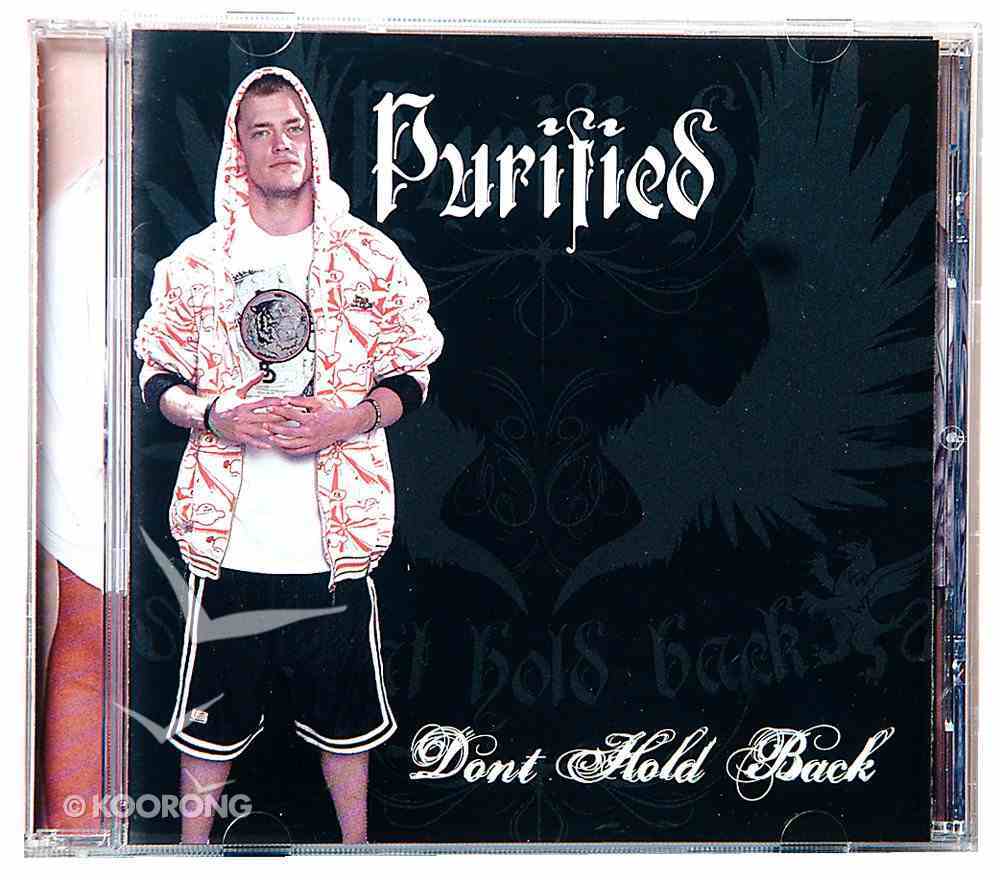 Sydney-based Christian Rapper, Purified has toured throughout Australia, the USA and Africa alongside such artists as Lecrae, Tedashii and members of the Cross Movement. His first solo project, Don't Hold Back has become the fastest and highest selling Australian Gospel...

Sydney-based Christian Rapper, Purified has toured throughout Australia, the USA and Africa alongside such artists as Lecrae, Tedashii and members of the Cross Movement. His first solo project, Don't Hold Back has become the fastest and highest selling Australian Gospel Hip-Hop release in history. It features some of the best known Christian Hip-Hop artists on the scene today, including Sean Slaughter, Braille, and K-Drama. The 14 powerful tracks on the album deliver encouragement and teach the Word over Hip-Hop beats. Essential listening for fans of Lecrae, Tedashii, Trip Lee and Cross Movement. - Koorong Review. 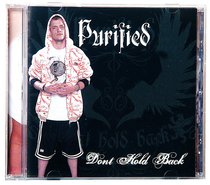 1. He Is Resurrected Feat. Rahel Schweikle

PURIFIED doesn't just rap to please crowds; his motivation is his drive to please Jesus Christ. Not your typical rapper, he commits his efforts to teaching from the word of God through the avenue of Hip Hop. Residing in Sydney, Australia, yet born in South Africa, he is planted and serves in his local Church (Hillsong Church) reaching out to young people (12-25yrs). With a love for communicating the Christian message to the younger generations, he lives to see young people's eyes light up when they meet Jesus Christ. Though rapping and rhyming may be his gift, ministry is his purpose.
In June 2000, when Purified was 14 years old, whilst attending a Church service, he discovered the reality of the Christian message, and made a decision to put God first in his life. During his High School years he wrestled with his faith, but after finishing High School, it was then that he decided that faith was definitely something to be serious about.From 2005-06 he began and completed studies at Bible college (HILC) and later that year he began rapping. Though originally intended as a bit of fun, it would seem that God had other plans!
Together with a friend, Purified formed a Hip Hop group named Purified Testimony, and also began running a Hip Hop focused mentoring group for upcoming artists in need of encouragement, refinement and direction. As the months proceeded Purified Testimony began to develop a following and were quickly doing shows every week, rapping at youth, in High Schools, and at local Hip Hop events.
In 2008 Purified Testimony disbanded allowing both artists to head in the directions they felt lead to go, so at that time PURIFIED as a solo rap artist emerged. Later in 2008 Purified was able to tour the USA, and there had the opportunity to meet and get to know some of the artists from Cross Movement Records who he had looked up to and learned from, at this time he began recording his debut solo album release 'Dont Hold Back' with Tony Stone in Virginia, which was released May 2009 and has since topped the Australian sales charts for Christian Hip Hop artist albums. Having performed live to thousands of people in these last few years Purified knows that as long as he has breath in his lungs he will continue sharing the good news with anyone he meets.

This is Not a Test Deluxe Edition
Toby Mac
CD