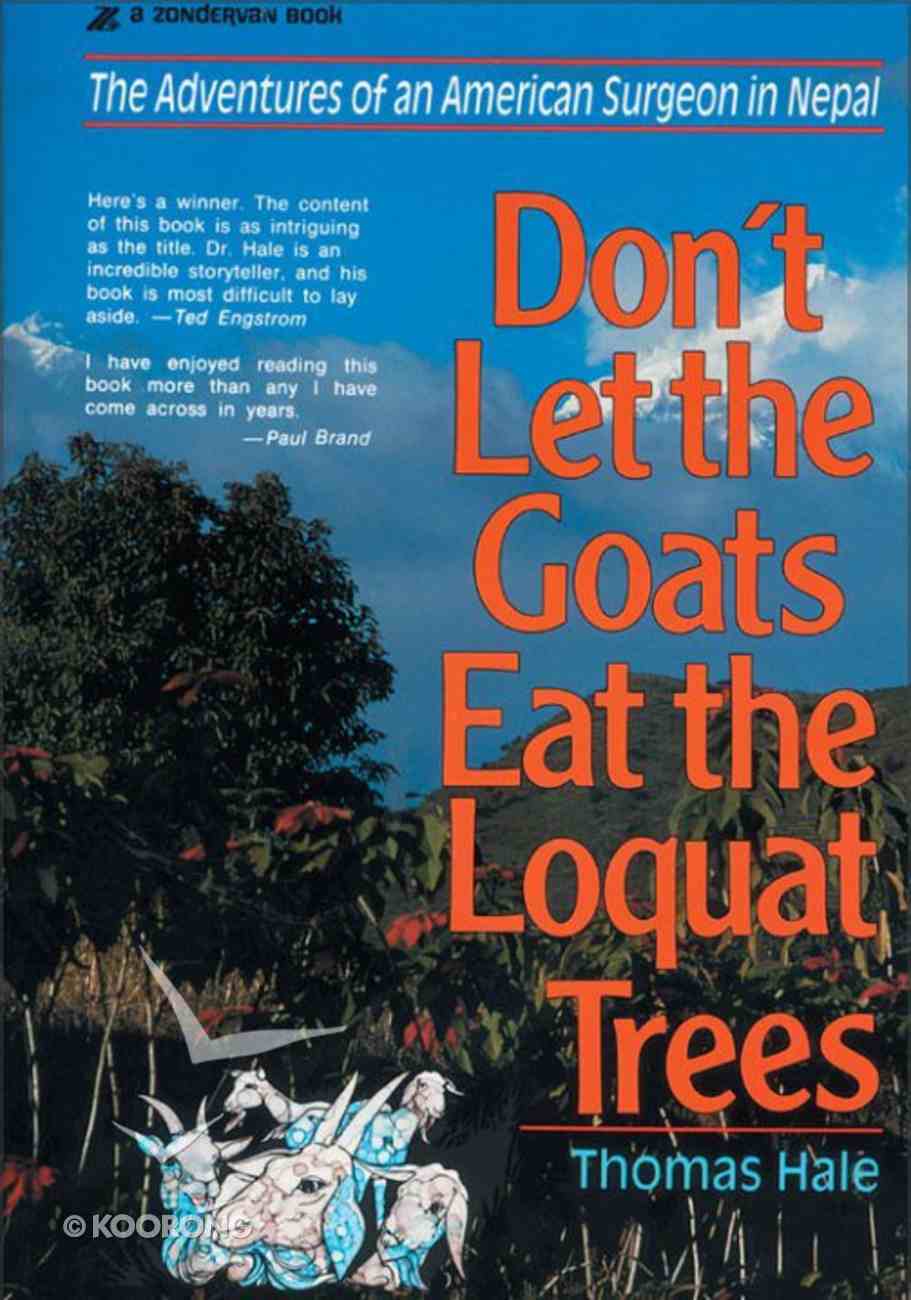 NOV94 - LLThomas Hale Dr Hale is an incredible storyteller, and his book is most difficult to lay aside.It makes the amazing and almost unbelievable experiences of a medical doctor in a mysterious land come alive.Be prepared for an utterly...

Axe and the Tree: The How Bloody Persecution Sowed the Seeds of New Life in Zimbabwe
Stephen Griffiths
eBook

Not Ashamed
Ruth A Tucker
eBook

NOV94 - LLThomas Hale Dr Hale is an incredible storyteller, and his book is most difficult to lay aside.It makes the amazing and almost unbelievable experiences of a medical doctor in a mysterious land come alive.Be prepared for an utterly delightful account of serving God in the enchanting and closed mountain country of Nepal.-Ted Engstrom,President,WorldVision.

Thomas Hale writes about being a missionary surgeon in the same delightful way James Herriot writes about being a country veterinarian. Dr. Hale's incredible experience in tiny, mountainous Nepal are surpassed only by his talent for telling about them. Imagine, for example, the culture shock of moving to a Hindu country under such rigid religious control that it is not only illegal to proselytize, but illegal to change religions as well. Imagine further the shock of moving to that country as a missionary doctor. Thomas Hale and his wife, Cynthia, also a physician, too on that awesome challenge in 1970. God wasted no time teaching tom the peculiarities of his new culture. But His unusual method left Tom wondering what God was up to. Here is how Tom tells about it: 'These were not the phlegmatic, easy-going Nepalis described in books and orientation courses. Those who spoke gesticulated fiercely. Some looked around menacingly; others spat. One thing was certain, however: in the cause of their anger they were united. The word was out: the new doctor had killed a cow. My own sense of participation in the proceedings was intense. I was the new doctor.'--Excerpt As Tom goes on to describe the events the preceded the angry scene in the Nepali village, the image of the spiritually superior missionary quickly evaporates. In a humorous, yet deeply insightful way, the author makes it clear that he is merely a servant, using his skills to the glory of God. Tom concludes this chapter with a thoughtful confession: 'In the long run, that cow did much more for me that I did for it. The mild-mannered, uncritical beast made me see in myself those negative attributes I had always ascribed to other American surgeons. Facing two hundred angry men proved to be effective therapy for removing most traces of condescension with which I previously regarded them. It also improved my relations with missionary colleagues and with Nepali brothers and sisters in the church. I guess God had no gentler way of removing some of my imperfections. I only wish I could say, for His trouble, that He finished the job. But it was a start.' -- Excerpt. Dr. Hale's book refused to be preachy or condescending. It presents missions as a 'want' rather than an 'ought.' It is sensitive, warm, honest, incredibly funny, and filled with important truths illustrated from unusual and sometimes unimaginable situations.
-Publisher

In 1970, Thomas Hale and his wife, Cynthia, went to Nepal to work for their first twelve years at a rural mission hospital in the village of Amp Pipal. Subsequently they moved to Kathmandu, Nepal's capital city, where they have continued their work with the mission. Recently Cynthia took a position as an associate professor at Nepal's only medical school, and Tom has written a one-volume commentary on the New Testament, first in Nepali and subsequently in English for translation into other languages.