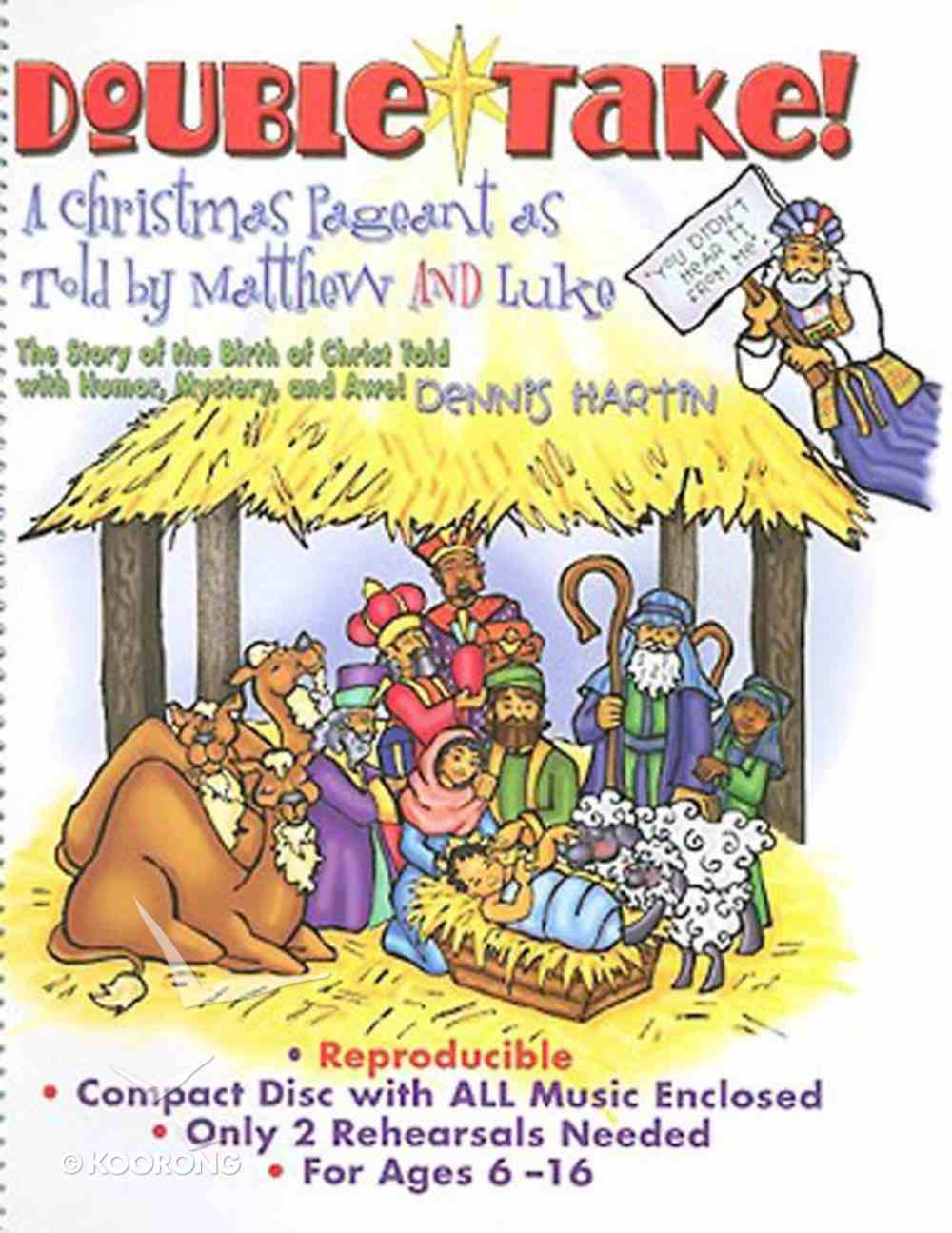 Do you sometimes find it confusing to remember where in the Bible you can find the various characters in the Christmas story? Can you imagine how confusing it still is for children and youth? Dennis Hartin has created a wonderful...

The Encyclopedia of Bible Crafts For Children
Group Publishing
Paperback

The Humongous Book of Bible Skits For Children's Ministry
Paperback

Look What I Made!
Anita Reith Stohs
Paperback

Do you sometimes find it confusing to remember where in the Bible you can find the various characters in the Christmas story? Can you imagine how confusing it still is for children and youth? Dennis Hartin has created a wonderful and humorous way to help children, youth, and perhaps even some adults to learn the differences between how the Christmas story is told in the books of Matthew and Luke. Act One tells the Christmas story as we learn it from the book of Matthew, complete with Joseph, Mary, Herod and Magi. Acts Two and Three tell the story as found in Luke; you hear from Gabriel, Zachariah, Elizabeth, Mary, Joseph, shepherds, and the Herald Angel.
Double-Take! is designed for a production with no set, no budget, no live musical accompaniment, and where the cast reads from their scripts. If you have a set, budget, live accompaniment, and decide to memorize it all, you can still perform this pageant. Cast members (and production staff) should be dressed to approximate shepherds, Mary and Joseph, wise men, and angels with costumes and props.
Only two full cast rehearsals are needed. The cast is arranged so that only one speaker appears in more than one act. The group can rehearse all three acts (not including the music) during the first rehearsal! This allows each child to spend time practicing, rather than waiting for a turn to say their lines. The second rehearsal is just a matter of going straight through the script with actors and musicians. This pageant works equally well with no costumes or sets (read with scripts in hand), as it does with a full production of costumes, scenery, and every word memorized. Vocal/piano scores for the sung music selections of the pageant are included. The arrangements of the Christmas carols used during and between the acts afford you the option of having a choir, a soloist, or instrumentalists, or others to participate in the pageant.
Length: 35-45 minutes Cast: Up to 20 or more speaking parts, plus additional opportunities for non-speaking parts
-Publisher

DENNIS HARTIN earned an M.A. from the Claremont School of Theology. He is a freelance writer and is active at the First Presbyterian Church in Northport, New York.

Look What I Made!
Anita Reith Stohs
Paperback

The Encyclopedia of Bible Crafts For Children
Group Publishing
Paperback

You Can Do Christian Puppets
Bea Carlton
Paperback