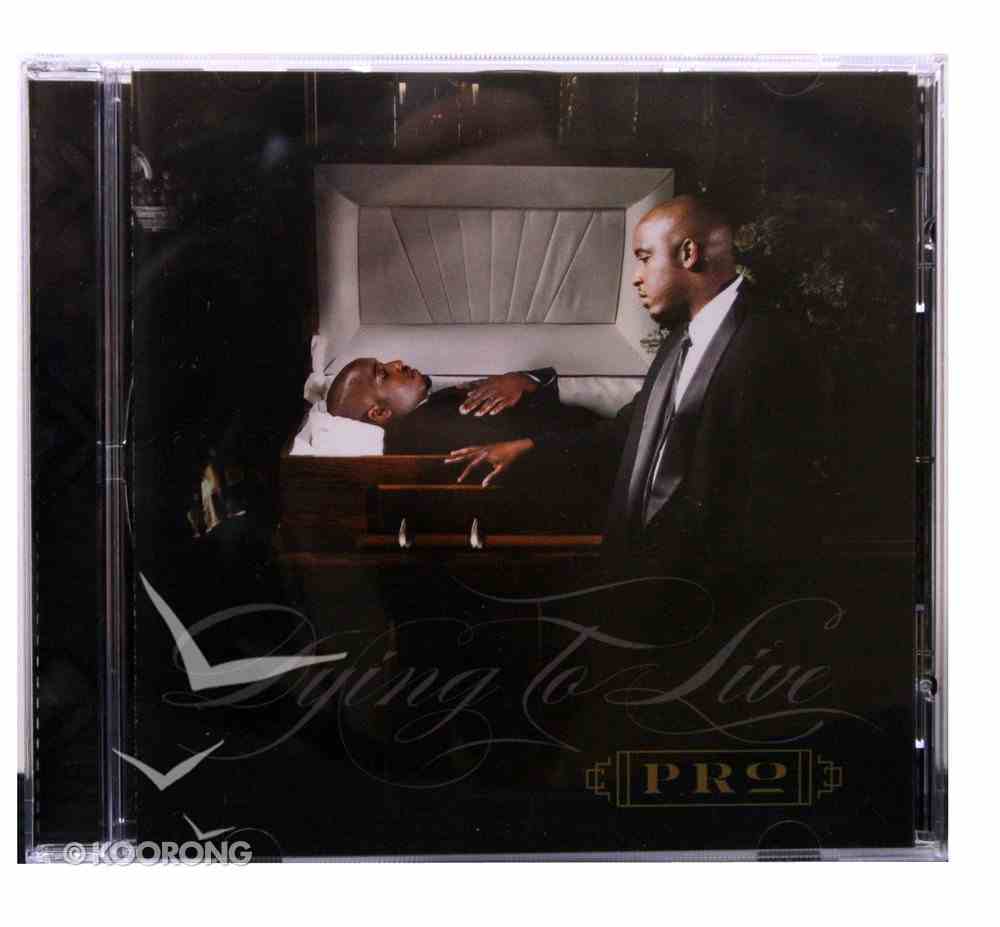 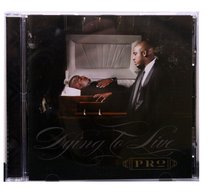 1. A Life Worth Dying For

Pro recalls using a bunk bed as a mic stand before turning 21 and signing a record deal with an independent label.

The appeal of southern Hip Hop has long been country vernacular over crunk beats that keep heads bangin' and bodies movin'. While the head bangers and dance anthems haven't ceased, in recent years, authentic Hip Hop and true lyricism have taken a back seat to commercial success. In steps Pro; while not on a mission to resurrect real southern Hip Hop-having been redeemed and commissioned to influence the culture-Pro certainly brings a nostalgia for what was and a hope for what is to come, as part of a greater movement infiltrating Hip Hop with a powerful message.

Born Derek Johnson Jr. in Pontiac, MI, Pro relocated to Tennessee with his mom at a young age, which meant more distance between him and an already detached father. After moving, Pro and his new stepfather's relationship was plagued by an ever-growing tension, as he had grown accustomed to being the man of the house and helping to raise his younger sister. Beyond that, he knew his step-dad was consuming drugs while Pro's strict, devoutly Christian mother was juggling a rigorous work schedule and life at home. As Pro watched her struggle, he decided that, once he could, he would save money and become rich through education or music.

After a visit to Middle Tennessee State University at 15, Pro was convinced that he wanted to enroll in the music program there and someday make his ambitions a reality. His mom joined the cause by buying him his own production equipment; by the time he entered college, he was in a rap duo and had gotten a job to pay for studio time. In relentless pursuit of his dream, Pro recalls using a bunk bed as a mic stand before turning 21 and signing a record deal with an independent label. While on the label, he released a mix tape, but the company folded and life began taking a morbid turn. Removed from the dos and don'ts of his strict home, Pro reveled in the forbidden. Music, women and money became idols in his life until "the season of death" woke him up.

Within a short time span, Pro lost his grandfather, grandmother and godmother. As a result, he began to understand that life was fleeting; growing weary, he cried out to God and surrendered his life and talents. Some time later, after forming Reflection Music Group with his friend Doc Watson, he released his debut album The Black Out, on which he wrestled with being East Coast or Southern; and cocky, yet still Christian. The album wasn't received well within Christian circles, so Pro took a break from rapping long enough to be challenged and influenced by two guys he met at his new church. "Lecrae and BJ challenged me to let the Gospel truly affect my heart," he recalls, and as he did, his perspectives and artistic style were completely changed.

Since then, Pro has collaborated on several noteworthy projects and released PSA, a mix tape he calls his first full-length installment of mature Christian music; Redemption; and PSA Vol. 2. His second album, Redemption, debuted at No. 3 on the iTunes Gospel chart and No.8 on Billboard Gospel, while also topping other mainstream and Gospel charts. With the success of his sophomore album and the growing popularity of tracks he has either produced or been featured on, Pro has established a unique presence in CHH. As the opening act for the "Unashamed Tour" in 2010, Pro won over audiences around the country with his amplifying performances and gritty lyrics. His latest release, PSA Vol. 2, is the second installment in an ongoing series of topically diverse, sonically evolving and authentically Hip Hop music that also introduces listeners to upcoming Reflection artists.

A self-described blue-collar artist, Pro embraces his ability to get listeners amped, but ultimately, he wants them to feel and be inspired to pursue something greater than themselves. He currently resides in Nashville, TN where he is an active member of Fellowship Bible Church along with his wife. And while his popularity grows with each release, past experiences have taught him that, "Peace is more important than anything," so his enduring ambition and motivation to continue making quality music is simply to glorify God with his life.

All Things Work Together
Lecrae
CD