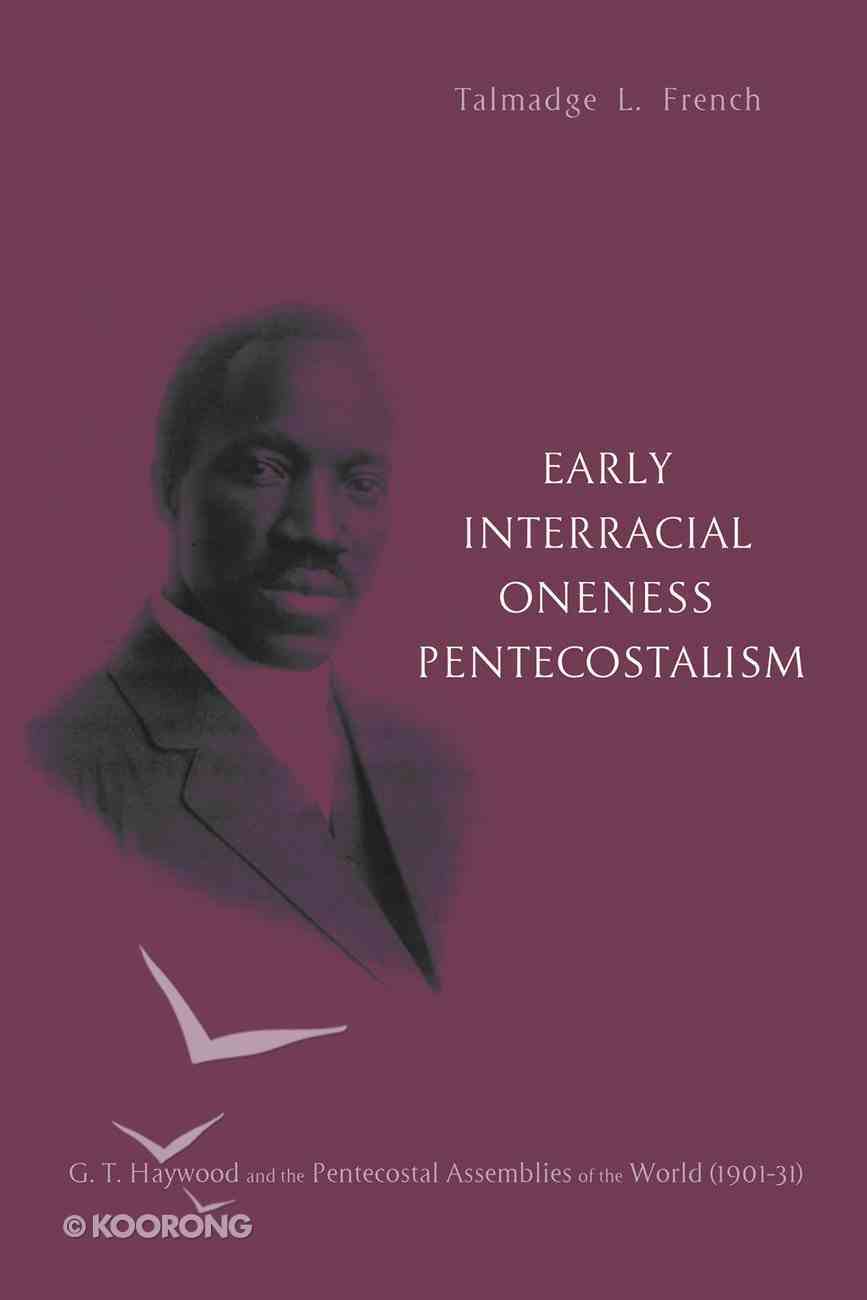 The Wheat and the Tares
Andrew Allan Chibi
eBook

The Founding of the Roman Catholic Church in Melanesia and Micronesia, 1850-1875 (#84 in Princeton Theological Monograph Series)
Ralph M Wiltgen
eBook

Early Interracial Oneness Pentecostalism is a look at what is perhaps the least-known chapter in the history of American Pentecostalism. The study of the first thirty years of Oneness Pentecostalism (1901-31) is especially relevant due to its unparalleled interracial commitment to an all-flesh, all-people, counter-cultural Pentecost. This in-depth study details the lives of its earliest primary architects, including G. T. Haywood, R. C. Lawson, J. J. Frazee, and E. W. Doak, and the emergence of Oneness Pentecostalism and its flagship organization, Pentecostal Assemblies of the World. This is a one-of-a-kind history of Pentecostalism, through the lens of the Jesus' Name movement and the interracial struggles of the period, interlinking the significance of Charles Parham, William Seymour and the Azusa Street revival, COGIC, the newly formed Assemblies of God, and dozens of the earliest Oneness organizational bodies. Exploration of the significance of the role of African American Indianapolis leader G. T. Haywood is central, as are the development of the movement's key centers in the United States and the ultimate loss of interracial unity after more than thirty years. These crucial events marked, indelibly, the U.S., the global missionary, and the autochthonous expansion of Oneness Pentecostalism worldwide. If 'the color line was washed away in the blood!' at Azusa Street, then its effects were felt longest and strongest in Indianapolis and other circles of the Pentecostal Assemblies of the World. If so, then G. T. Haywood is not merely William J. Seymour's successor but emerges as the exemplary architect of the modern pentecostal vision that the Spirit has been poured out on all flesh--white and black--equally. Additionally intriguing--even disturbing for some--perhaps his Oneness theology is not just about the Godhead and Jesus-name baptism but about one God and one people beyond the color line. Readers will have to wrestle with this idea between the lines of Early Interracial Oneness Pentecostalism. --Amos Yong, Professor of Theology & Mission & Director of Center for Missiological Research, Fuller Theological Seminary, Pasadena, CA French uncovers one of the most intriguing chapters in early pentecostal history. The Revival's aspiration for oneness of spirit and racial unity was embraced from the beginning by the Pentecostal Assemblies of the World and its towering figure, G.T. Haywood. Precise in detail and thorough in substance, this volume is an essential resource for understanding early Oneness Pentecostalism and its radical vision of unity. --David A. Reed, Professor emeritus, Wycliffe College, University of Toronto, Toronto, ON, Canada Talmadge L. French is a graduate of Wheaton College and Wheaton College Graduate School, and has a PhD from the University of Birmingham, UK. He is author of Our God Is One: The Story of the Oneness Pentecostals (1999). He is the pastor of Apostolic Tabernacle, Jonesboro, Georgia.
-Publisher