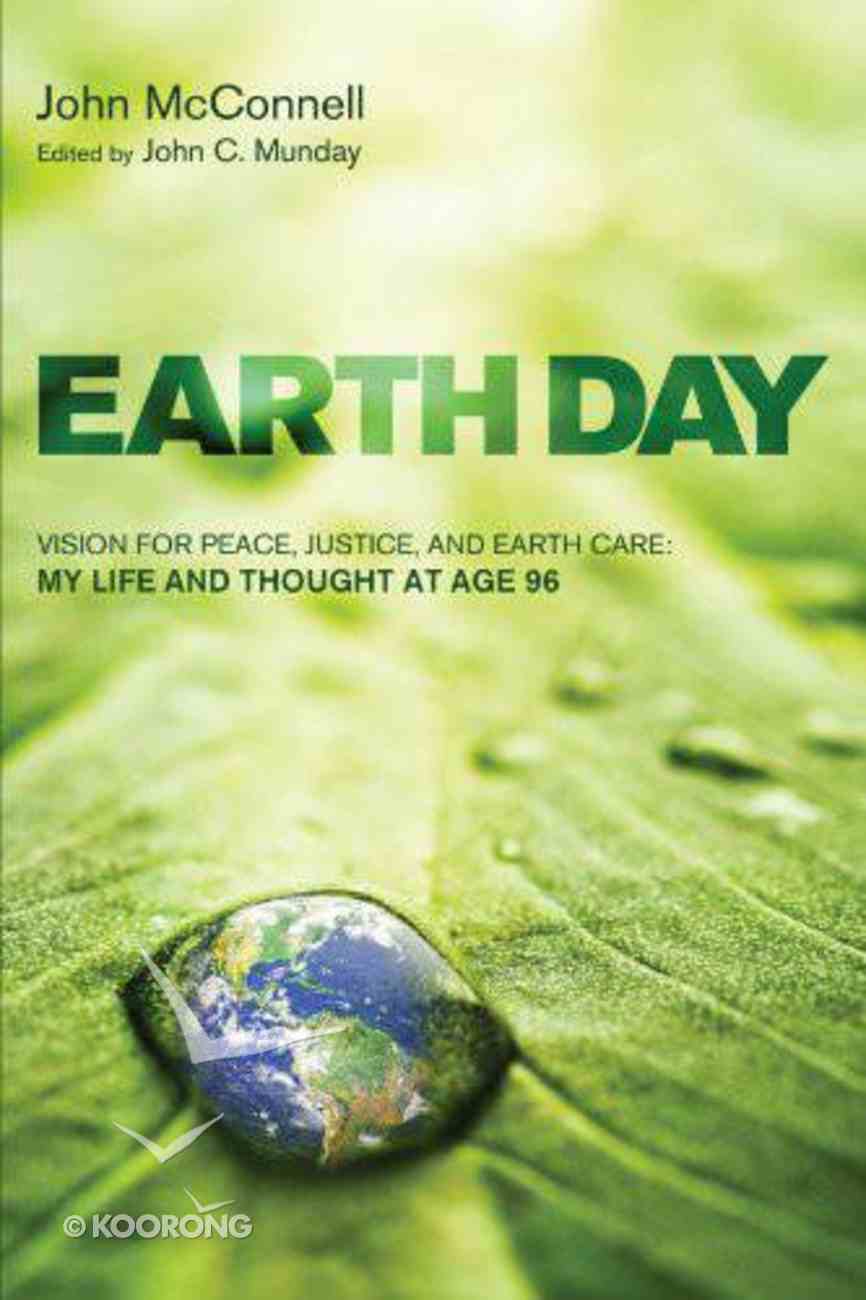 After a half-century of activism, John McConnell, the true founder of Earth Day, here relates his global promotion of peace, justice, and Earth care. Following the Kennedy assassination, McConnell's Minute for Peace gained worldwide attention. This led to his Earth...

Down to Earth
Richard A Floyd
eBook

50 Ways to Help Save the Earth
Rebecca Barnes-davies
eBook

After a half-century of activism, John McConnell, the true founder of Earth Day, here relates his global promotion of peace, justice, and Earth care. Following the Kennedy assassination, McConnell's Minute for Peace gained worldwide attention. This led to his Earth Day and other initiatives aimed at promoting people and planet. In this book, he shares the views that garnered support during the environmental movement from 1969 onward, and that have inspired followers for forty years at annual Earth Day ceremonies at the UN and cities across the globe.John McConnell coined the term Earth Day in 1968, proposed its celebration on the spring equinox to the City of San Francisco in October 1969, and announced it in November at a UNESCO Conference. The City responded by hosting the first Earth Day on March 21, 1970. Margaret Mead, UN Secretary-General U Thant, President Ford, and thirty-three Nobel laureates supported McConnell's Earth Day, and thirty-six worldwide dignitaries signed McConnell's Earth Day Proclamation, supporting Earth Day on the spring equinox, an annual planetary holiday linking people everywhere without regard to politics, culture, national border, or religion. In 1957, after Sputnik, McConnell promoted the Star of Hope, a satellite devoted to peace. This effort sparked his origination of Earth Day, the Earth Flag, Earth Trustees, and the Earth Magna Charta. He worked with UN officials and other leaders to overcome differences and build common ground for peace, aiming to ensure our planet's future and human survival. This book chronicles his global mission, his life journey, and his unique contributions toward a peaceful and cherished planet.
-Publisher

John Buchanan is an internationally published journalist and author whose work has appeared in more than 30 countries on six continents. He is founding editor and publisher of "Maine Magazine and the recipient of many awards, including the Best News Writer in Miami selected by the "Miami Beach Sun-Post in 1999, Best Freelance Writer selected by LocalBusiness.com" in 2000, and "911 Truth Candidate" featured in "The New Pearl Harbor. He lives in Los Angeles. John McConnell is the creator of Earth Day and the Minute for Peace.<BR>