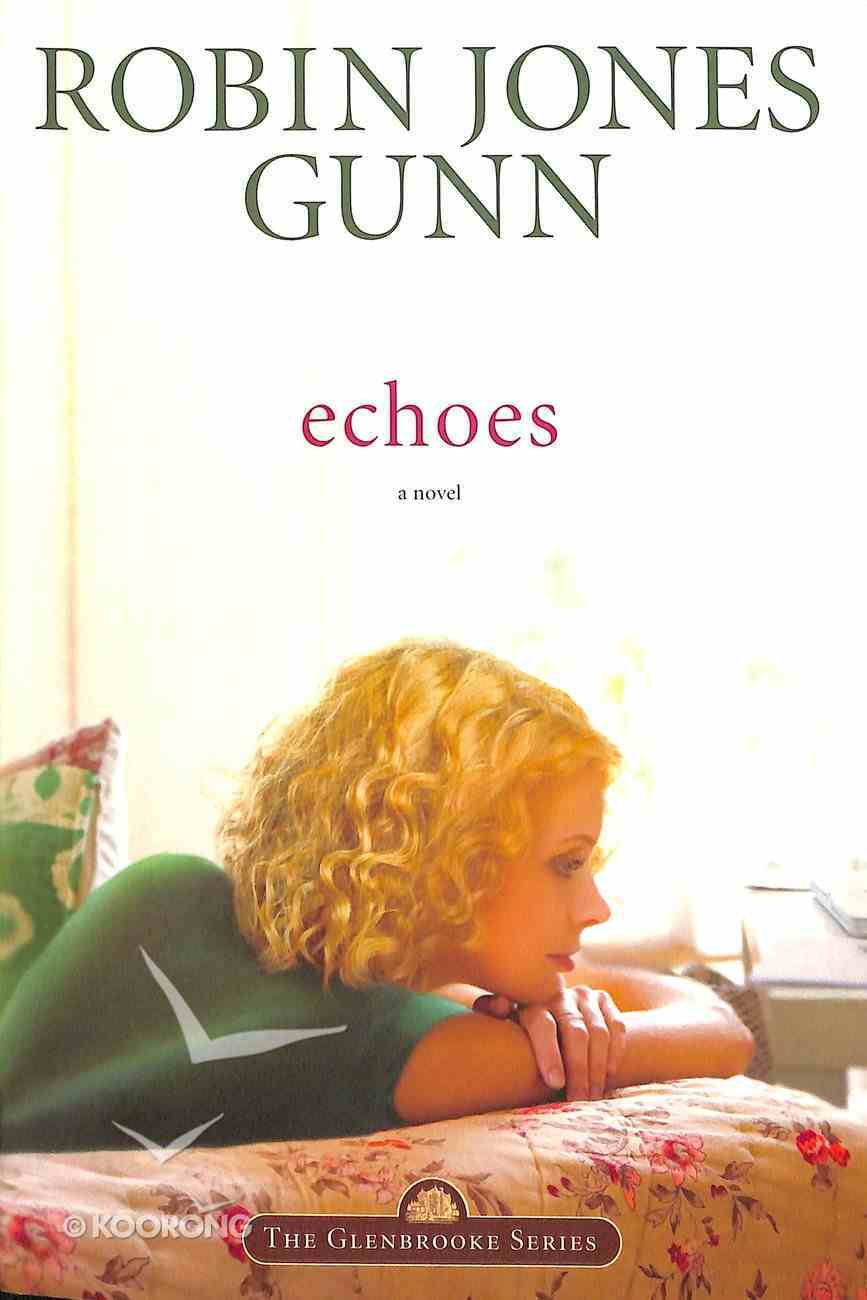 In this dramatic contemporary romance by bestselling author Robin Jones Gunn, Lauren Phillips enters the wild, uncharted territory of the Internet on her home computer and "connects" with a man known only as "K.C." As she struggles to recover from...

In this dramatic contemporary romance by bestselling author Robin Jones Gunn, Lauren Phillips enters the wild, uncharted territory of the Internet on her home computer and "connects" with a man known only as "K.C." As she struggles to recover from a broken engagement, Lauren keeps busy by working full time and striving to finish her college degree. But her correspondence with K.C. quickly becomes the thing she loves most...and the source of dreams she cannot bear to relinquish. When the opportunity comes for them to meet after a year of corresponding, Lauren faces a tough choice: Is she willing to risk everything...including a broken heart? Readers will stay "on-line" to find out in this bestselling former Palisades release, now the third book in the new Glenbrooke series.

In this dramatic contemporary romance by bestselling author Robin Jones Gunn, Lauren Phillips enters the wild, uncharted territory of the Internet on her home computer and "connects" with a man known only as "K.C." As she struggles to recover from a broken engagement, Lauren keeps busy by working full time and striving to finish her college degree. But her correspondence with K.C. quickly becomes the thing she loves most...and the source of dreams she cannot bear to relinquish. When the opportunity comes for them to meet after a year of corresponding, Lauren faces a tough choice: Is she willing to risk everything...including a broken heart? Readers will stay "on-line" to find out in this bestselling former Palisades release, now the third book in the new Glenbrooke series. ^Will Lauren risk losing her heart...to a man she's never met? ^Lauren Phillips tries to keep busy while recovering from a broken engagement. Then one day, through her home computer, Lauren accidentally connec
-Publisher

Lauren Phillips flipped the magazine page and stopped. There it was: The garden gazebo she had been trying to describe to Jeff.

&ldquo;Would it be okay if I tore this page out?&rdquo; she asked the hairdresser who stood over her, busily unrolling the perm rods from Lauren&rsquo;s long hair.

&ldquo;Sure. That&rsquo;s an old copy. Did you find a good recipe?&rdquo;

&ldquo;No, I found a gazebo.&rdquo; She held up the picture. &ldquo;This is where I want to get married.&rdquo;

Lauren had heard about Belmont University and the 150-year-old mansion on the campus that was available for wedding rentals. She would have to look into that.

The stylist continued working on Lauren&rsquo;s blond hair. &ldquo;Gazebos aren&rsquo;t especially practical for weddings, you know. Where do all the guests sit?&rdquo;

Jeff asked the same question last week when she tried to describe the gazebo setting to him. &ldquo;I haven&rsquo;t figured that out yet,&rdquo; she glanced at her watch. &ldquo;Do you think this will take much longer?&rdquo; For nearly four hours she had endured the torture of getting a perm. Her tender head was protesting the treatment, and Jeff would be waiting at the restaurant. He didn&rsquo;t like to be kept waiting.

Lauren nervously twisted the large diamond ring on her finger and wondered why she ever thought getting a spiral perm was a good idea. It was her first perm since she was fourteen. Since that experience ten years ago, she had worn her silky blond hair the same way&mdash;straight down her back, hanging almost to her waist. Then, a few weeks ago, Lauren&rsquo;s supervisor at the bank had come to this salon during her lunch hour. She was transformed from drab to dynamite and that had convinced Lauren to live a little and surprise Jeff with a new look.

With a yank, the stylist pulled out the final rod and maneuvered a wide pick through Lauren&rsquo;s long locks. Suddenly the comb-out stopped, and in a thin voice the stylist called for her supervisor. He joined her, and the two seemed to talk in code, both touching the ends of Lauren&rsquo;s hair and pulling their fingers through the underside. She wished they would spin her chair around so she could have a look in the mirror.

&ldquo;Have you been in the pool a lot this summer?&rdquo; the supervisor asked.

&ldquo;No.&rdquo; It was only the end of June. Why would he ask such a question?

&ldquo;We&rsquo;ll include a bottle of our 911 conditioner for you to use at home,&rdquo; he said. &ldquo;Wait two days before you wash your hair.&rdquo;

Lauren noticed as he walked away that strands of her blond hair were between his fingers.

&ldquo;What&rsquo;s wrong with my hair?&rdquo; Lauren turned herself around to face the mirror before the stylist could stop her. The sight of her reflection was shocking. Instead of soft waves of caramel cascading down, as shown on the model in the Hairstyles for Today book, Lauren&rsquo;s hair had turned into wild, crumpled straw, zigzagging from the crown of her head.

&ldquo;Sometimes it takes a day or two for the perm to calm down,&rdquo; the woman said brightly. &ldquo;You need to give it a little time to relax. Be sure to use the conditioner.&rdquo;

&ldquo;This is not what I wanted,&rdquo; Lauren said. She fingered the dry ends of her hair and ran her hand over the back. &ldquo;It&rsquo;s&hellip; it&rsquo;s not what I wanted. I want my old hair back.&rdquo;

The stylist unclasped the drape from around Lauren&rsquo;s neck and said, &ldquo;It should relax in a few days.&rdquo;

Lauren reached for her backpack and walked the ten feet to the register, certain the customers waiting in the front of the shop would all look up at her and burst into laughter.

&ldquo;Here you go,&rdquo; the manager said, handing her the conditioner. &ldquo;And I gave you a 20 percent discount.&rdquo;

Lauren was too numb to ask any more questions. She signed the Visa voucher and filled in the tip portion of the form with a hastily figured 15 percent. &ldquo;Thank you,&rdquo; she mumbled, bolting for the parking lot.

Why did I leave her a tip? She probably ruined my hair! That&rsquo;s why they gave me the discount. I can&rsquo;t believe this happened!

Lauren quickly unlocked her door, slid into the driver&rsquo;s seat, and jerked the rearview mirror in her direction.

&ldquo;Oh, no. No, no, no!&rdquo; she moaned. &ldquo;My poor hair! What am I going to do?&rdquo; She ran her fingers through the clump of hair hanging over her shoulder, and a dozen strands came out. A repeat finger-combing brought out more hair.

Fighting back the tears, Lauren jammed the keys into the ignition and popped her Taurus into reverse. She backed out of the tight parking space. The sound of tires screeching caused her to automatically slam on her brakes. With the rearview mirror still askew, Lauren turned to look over her shoulder and discovered she had missed hitting another car by mere inches.

&ldquo;Sorry!&rdquo; Lauren called, rolling down her window and signaling her apology to the woman in the other car. The motorist shook her head at Lauren and sped off. &ldquo;I said I was sorry,&rdquo; Lauren muttered, pausing to adjust her rearview mirror. Then, with extra caution, she exited the Hickory Hollow Mall parking lot.

Nearly fifteen minutes later she arrived across town at Giovanni&rsquo;s Italian Restaurant. She had to circle the block twice to find a parking place. Before jumping out of the car, Lauren scrounged around in her backpack for a barrette, a scrunchie, a rubber band, anything to pull back her hair. She found a long wooden clip and tried to clasp her hair into a ponytail. It was too thick now for the clip. Quickly dividing her hair into three sections, she loosely twisted it into a braid down her back, securing the clip on the end. Another wad of hair came out in her hand.

My hair is ruined! This was supposed to be my big surprise for Jeff, and here I am, almost an hour late, and with my hair falling out!

Lauren entered the Italian restaurant and inhaled the familiar garlic fragrance. She and Jeff met here often. There was something slightly soothing about the surroundings. Lauren spotted Jeff in &ldquo;their&rdquo; corner booth and wove her way through the maze of tables.

He looked up and said nothing. His deep brown eyes greeted her flatly, and his straight lips gave no hint of what he was thinking. She hated it when Jeff was like this. As long as she had known him he had only turned stoic a couple of times, but when he did, trying to get him to open up was like digging a ditch with a teaspoon.

Lauren slipped into the seat across from Jeff and cautiously asked, &ldquo;Have you ordered already?&rdquo;

&ldquo;I&rsquo;m sorry I&rsquo;m so late. You won&rsquo;t believe what happened.&rdquo;

The waiter stepped up to the table with his pencil poised on his order pad. &ldquo;Have you had time to decide?&rdquo;

&ldquo;I&rsquo;ll have the special, whatever it is tonight,&rdquo; Lauren said.

&ldquo;Lasagna,&rdquo; Jeff ordered without taking his eyes off of Lauren. He always ordered lasagna at Giovanni&rsquo;s. That was one of the things Lauren loved about him. Jeff was steady. Predictable. Dependable. Qualities she wanted and needed in a man.

Lauren used to order the same thing every time, too. Then about two weeks ago, she suddenly grew sick of lasagna. She decided to order things on the menu that she couldn&rsquo;t even pronounce. It was that &ldquo;live dangerously&rdquo; attitude that had prompted her to make the appointment at the hair salon.

&ldquo;Jeff,&rdquo; she tried again, &ldquo;you won&rsquo;t believe what happened.&rdquo; Lauren flipped her braid over her shoulder and tried to appear lighthearted about the perm disaster. Several stray hairs floated onto her arm. &ldquo;I wanted to surprise you. Marie at work&mdash;did you ever meet her? She&rsquo;s my supervisor. Well, anyway, she went to this salon a few weeks ago, and her hair turned out gorgeous. So I decided to do something different with my hair. I went in at two-thirty today. Can you believe it? It took more than four hours for them to give me this perm. You should&rsquo;ve seen me with all those rods in my hair. It stuck out to here.&rdquo; She used her hands to demonstrate. Jeff gave her a polite smile.

&ldquo;And now I have to wait before I can wash it. I have some good conditioner to use that should help the dryness. It got pretty dried out.&rdquo; She smiled, trying to convince herself and Jeff that everything would turn out okay once she got home and washed her hair.

&ldquo;Things always seem to happen to you, Lauren,&rdquo; Jeff said.