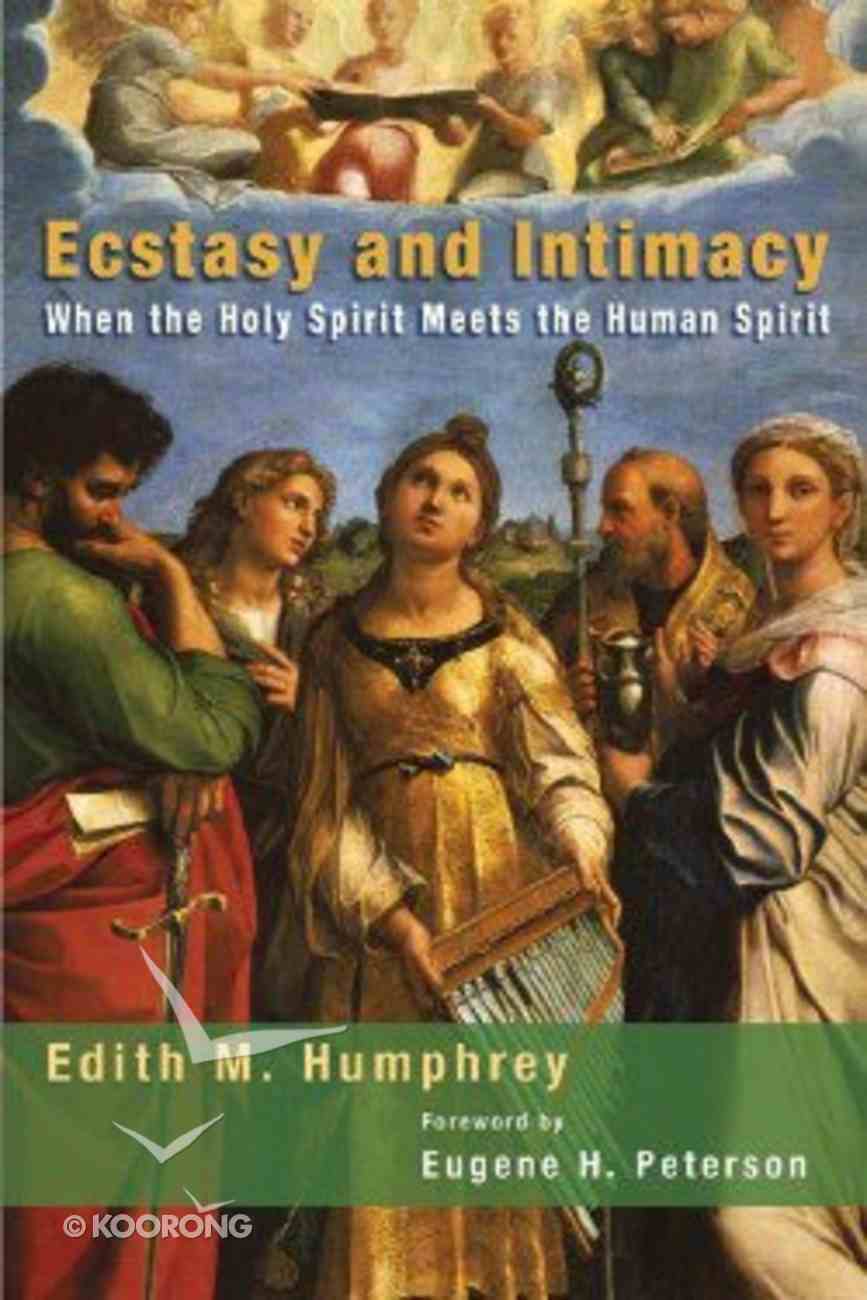 When contemporary Americans, even Christian ones, go looking for "spirituality," they look to Eastern religious traditions, New Age fads, and the self-help section of their local bookstore. They look almost anywhere, in fact, but to orthodox Christianity. In "Ecstasy and...

The Holy Spirit: In Biblical Teaching, Through the Centuries and Today
Anthony C Thiselton
Paperback

The Spirit Poured Out on All Flesh
Amos Yong
Paperback

When contemporary Americans, even Christian ones, go looking for "spirituality," they look to Eastern religious traditions, New Age fads, and the self-help section of their local bookstore. They look almost anywhere, in fact, but to orthodox Christianity. In "Ecstasy and Intimacy," Edith Humphrey sets out to counter this trend by helping the reader rediscover the spiritual riches of the Christian tradition -- Protestant, Catholic, and Orthodox.As Humphrey reveals, Christian spirituality takes its cue from the Trinity, from the "ecstasy" ("going out" of oneself) and "intimacy" (profound closeness with another) marking the relations between Father, Son, and Holy Spirit; it is within God's own ecstatic actions and intimate love -- seen particularly in the Incarnation -- that human ecstasy and intimacy are meant to take shape."Ecstasy and Intimacy" spreads a banquet from the great spiritual writers of the past -- such luminaries as St. Augustine, Julian of Norwich, St. Teresa of Avila, the Wesleys, and Thomas Merton. Humphrey's elegant prose, embroidered with stories and images from her own life, leads the reader into a deeper understanding of the ecstasy and intimacy inherent in a Trinitarian spirituality.
-Publisher

Edith M. Humphrey (Ph.D., McGill University) is the William F. Orr Professor of New Testament at Pittsburgh Theological Seminary in Pittsburgh, Pennsylvania. She is the author of several books, including Ecstasy and Intimacy: When the Holy Spirit Meets the Human Spirit; Joseph and Aseneth (Guides To The Apocrypha And Pseudepigrapha);The Ladies and the Cities and Grand Entrance: Worship on Earth as in Heaven, along with numerous articles on the literary and rhetorical study of the Bible.

A Boundless God: The Spirit According to the Old Testament
Jack Levison
Paperback

Spiritual Gifts: What They Are and Why They Matter
Thomas R Schreiner
Paperback