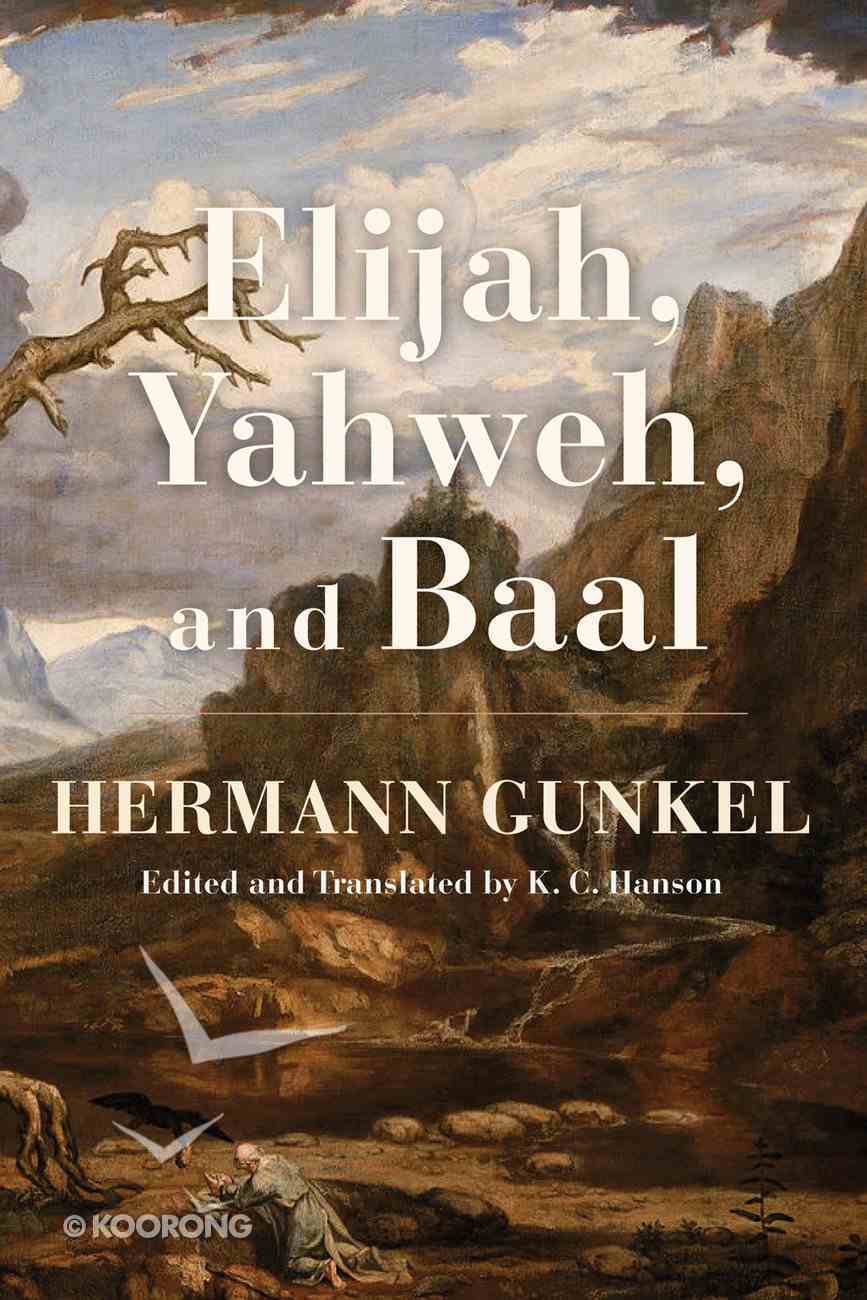 ""Elijah, Yahweh, and Baal is a masterpiece presented with authority by a twentieth-century accomplished and unsurpassed exegete. It is now translated by a disciple, whose elegant rendition sounds as if Hermann Gunkel had originally written himself the book in English.""...

These Are the Days of Elijah
R T Kendall
eBook

""Elijah, Yahweh, and Baal is a masterpiece presented with authority by a twentieth-century accomplished and unsurpassed exegete. It is now translated by a disciple, whose elegant rendition sounds as if Hermann Gunkel had originally written himself the book in English."" --Andre LaCocque, The Chicago Theological Seminary, Chicago, IL ""Written a century ago for a church audience eager to learn how the best scholarship of the day could illuminate one of the Bible's most absorbing stories, this little book shows Gunkel at the height of his powers of critical perspicuity, explanatory finesse, and reverent sensitivity, the ideal Bible study leader, at once learned, captivating, and devout... . Moreover, Gunkel encompasses his subject as few today could or would in such short scope, combining philological acumen, aesthetic appreciation, comparative perspective, and attention to communal folk tradition--his pioneer distinction--and constants of human religiosity. The translation includes astute notes by the editor and a helpful list of more recent resources."" --Robert B. Coote, San Francisco Theological Seminary, San Francisco, CA ""Hermann Gunkel, who died in 1932, is one of the greatest teachers and 'God-Fathers' of Old Testament study. He has taught us the most about the artistic, imaginative dimensions of the text. His interpretation of the Elijah narrative in this volume is a treasure that merits continuing attention. We may be grateful indeed to K. C. Hanson for bringing it to us in English, and to Wipf and Stock for its publication. Gunkel continues to be our teacher and 'God-Father' in wise shrewd reading of the text."" --Walter Brueggemann, Columbia Theological Seminary, Decatur, GA Hermann Gunkel (1862-1932) was Professor of Old Testament at the universities in Berlin, Giessen, and Halle, Germany. Among his major works in English are Genesis, Introduction to the Psalms, and Creation and Chaos in the Primeval Era and the Eschaton.
-Publisher

Hermann Gunkel, a high-ranking biblical scholar, was born in Springe, Germany, near Hanover, and obtained his formal education at the Universities of Gottingen, Giessen, and Leipzig. After teaching New Testament for one year at Gottingen in 1888, Gunkel devoted the rest of his academic career to Old Testament studies at Halle (1889--93), Berlin (1894--1907), and Giessen (1907--20) before returning to Halle (1920--27). Gunkel's methodological insights and conclusions are most readily evident in two masterful commentaries on Genesis (1901) and Psalms (1926). Above all, Gunkel emphasized the significance of the community as opposed to individual biblical authors and spelled out the ways in which tradition is handed down orally within the community. His isolation of various family and cultic legends in the book of Genesis and his identification of different types of psalmic composition---such as the psalm of individual thanksgiving, royal psalm, and hymn---in the book of Psalms has assuredly shaped subsequent scholarly treatment of not only these two key Old Testament books but also other books in the biblical canon.