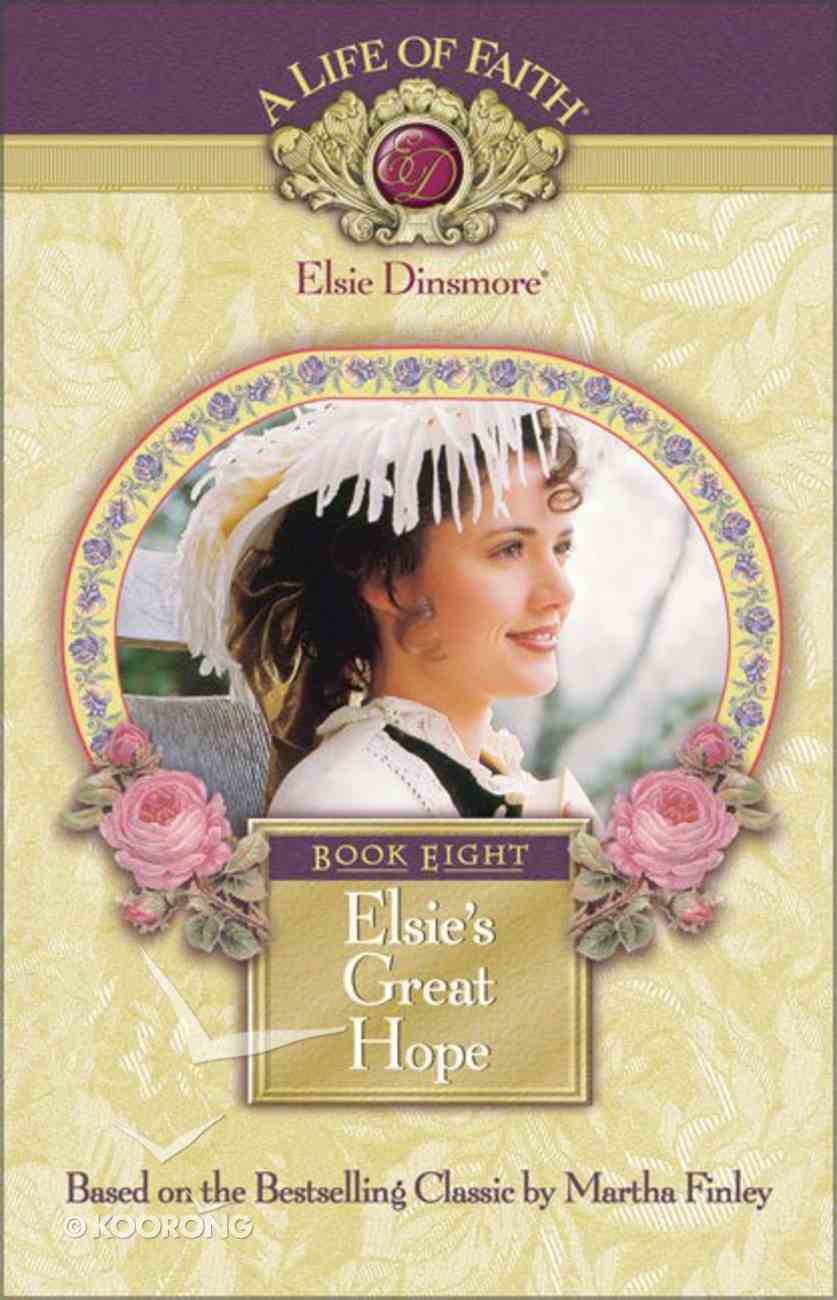 Meet Elsie Dinsmore, a lovely eight-year-old heiress who lives on a cotton plantation in the mid-1800s. Her mother is dead and she has never known her father. Living in her grandfather's home, she often feels unloved and misunderstood. As she...

Meet Elsie Dinsmore, a lovely eight-year-old heiress who lives on a cotton plantation in the mid-1800s. Her mother is dead and she has never known her father. Living in her grandfather's home, she often feels unloved and misunderstood. As she grows, Elsie is sustained by her deep Christian faith and her hope to one day be loved by her father. Hardback.

Amid crashing thunder, roaring winds, pounding rain, and the creaking of the steamer as it struggled forward in the rolling sea, the passengers could hear the occasional shouted order from the officers. The steamer was tossed from side to side. "Are we in danger of striking the rocks, Papa?" Elsie asked her father. "I think not," he replied. At that instant, a terrible cracking sound assaulted their ears. The whole boat shuddered, and a man's panicked voice rose high above the screams and cries--"We've struck ground! We'll all be drowned!" As the storms of life continue to break around Elsie Dinsmore Travilla and her family, there are terrible tragedies to endure and times of joy as well. The Travilla children are growing up and facing life-altering decisions. Others in the Dinsmore family must confront dramatic upheavals in their lives. As the United States approaches the celebration of its first century as a nation, will Elsie and her family have their own causes to celebrate? How w
-Publisher

The dramatic, faith-filled life of Elsie Dinsmore continues in this modern-language adaptation. In book eight, just as the scars of war and its consequences seem healed, Elsie must endure her deepest personal tragedies yet. As she walks through the valley of the shadow of death, her faith is put to its hardest test. Will her love of God see her through?
-Publisher

Martha Finley (1828 - 1909) was a remarkable woman whose quiet Christian life has influenced many. A teacher by profession, her writing career began with Sunday school stories for children. In 1868, her novel Elsie Dinsmore was published and became the publisher's best-selling book that year, spawning a series that sold millions of copies at home and abroad. The Millie books were a follow-up to that series.- Publisher.