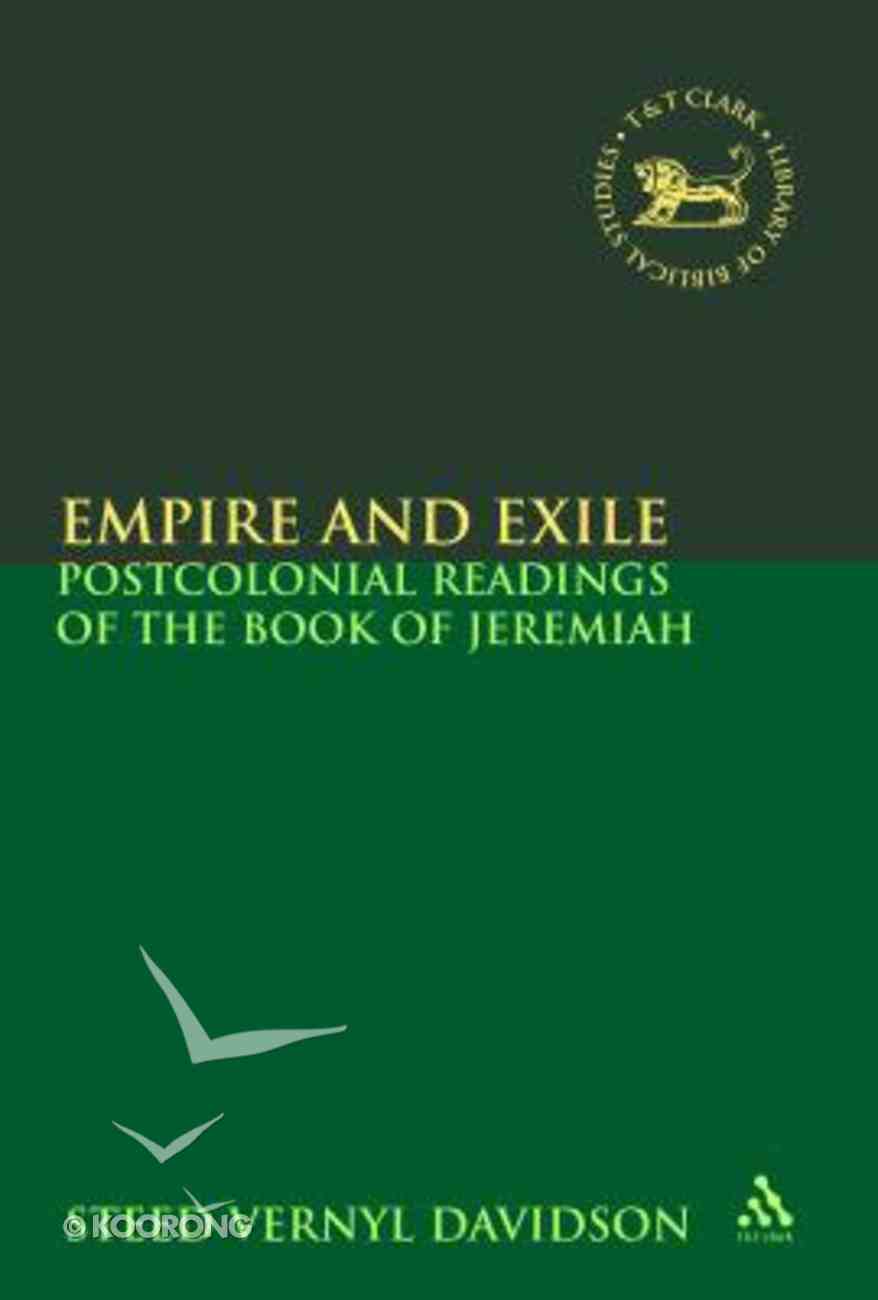 This item is a special order. Payment is by credit card only. Orders for this item cannot be cancelled or returned.

Empire and Exile explores the impact of Babylonian aggression upon the book of Jeremiah by calling attention to the presence of the empire and showing how the book of Jeremiah can be read as resistant responses to the inevitability of imperial power and the experience of exile. With the insight of postcolonial theory, resistance is framed in these readings as finding a place in the world even though not controlling territory and therefore surviving social death. It argues that even though exile is not prevented, exile is experienced in the constituting of a unique place in the world rather than in the assimilation of the nation. The insights of postcolonial theory direct this reading of the book of Jeremiah from the perspective of the displaced. Theorists Homi Bhabha, Partha Chatterjee, Stuart Hall, and bell hooks provide lenses to read issues peculiar to groups affected by dominant powers such as empires. The use of these theories helps highlight issues such as marginality, hybridity, national identity as formative tools in resistance to empire and survival in exile.
-Publisher

Steed Davidson received his Ph.D. from Union Theological Seminary, New York. He is an Assistant Professor of Old Testament at Pacific Lutheran Theological Seminary, Berkeley California. His teaching centers on prophetic books, paying attention to ancient empires and responses to empires in the formation of texts.