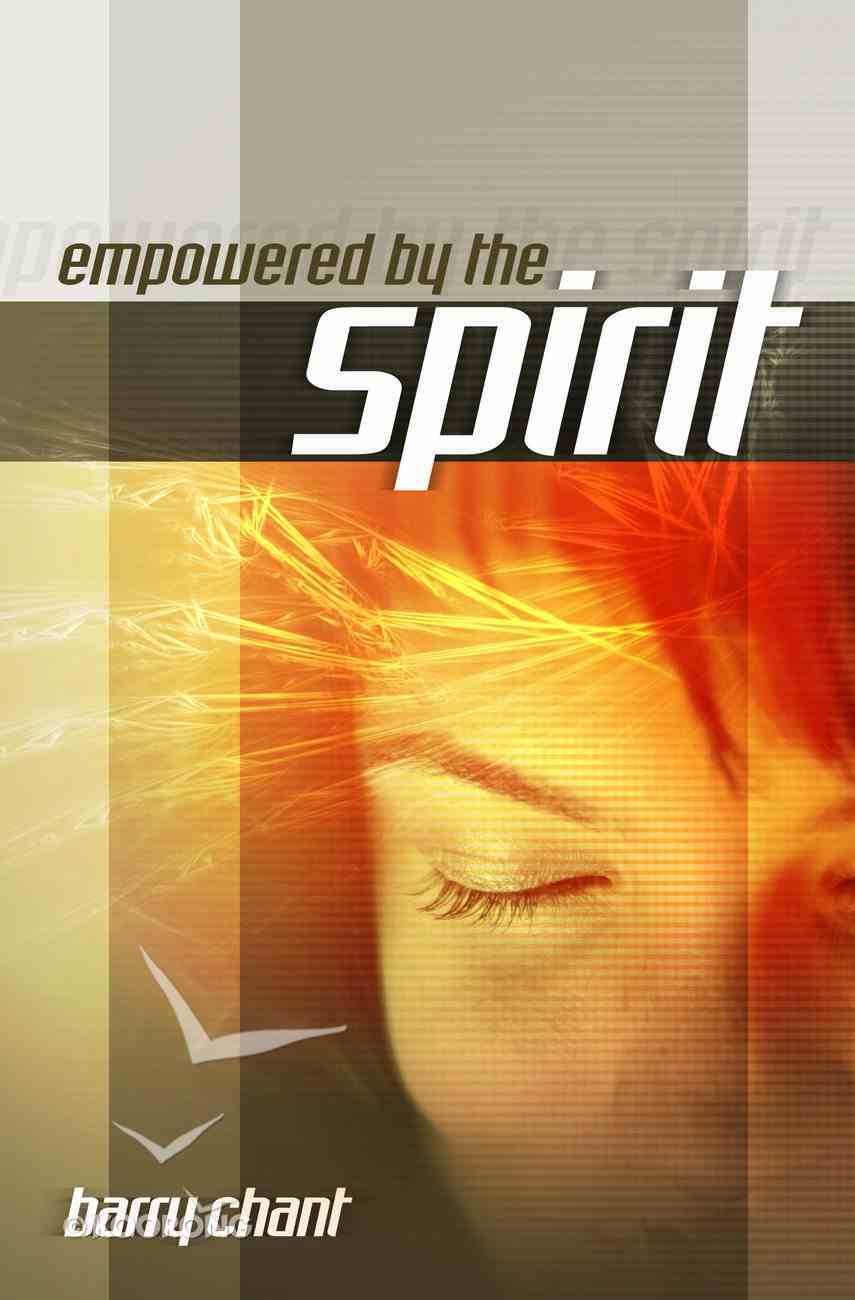 Empowered By the Spirit

A rare combination of biblical, practical, scholarly and down-to-earth teaching on baptism in the Holy Spirit. A volume to treasure.

Living in the Image of God
Barry Chant
eBook

Living in the Image of God
Barry Chant
Paperback

When We Step Out God Steps in
Barry Chant
eBook

The Holy Spirit and You
Rick Renner
eBook

Living a Life You Love: Embracing the Adventure of Being Led By the Holy Spirit
Joyce Meyer
Hardback

A rare combination of biblical, practical, scholarly and down-to-earth teaching on baptism in the Holy Spirit. A volume to treasure.
-Publisher

Barry Chant was converted to Christ as a ten-year-old at a Scripture Union camp at Victor Harbour, South Australia, in 1949. He later studied at the University of Adelaide, where he majored in history, literature and education, graduating with a Bachelor of Arts with honours and a Diploma in Education. While working as a secondary school teacher, he studied for a Bachelor of Divinity degree through the Melbourne College of Divinity. He later completed a Doctor of Ministry degree from Luther Rice Seminary, Florida, USA, and a Doctor of Philosophy degree from Macquarie University, New South Wales (2000).
In 1962, he was ordained as a minister in the CRC Churches International. He pioneered and pastored several churches until 1979, when he and an associate founded Tabor College, a multi-denominational Christian education ministry with campuses in five Australian cities: Adelaide, Hobart, Melbourne, Perth and Sydney. From 2003 to 2010, he was Senior Pastor of the Wesley International Congregation, Sydney, Australia. He is a regular speaker at seminars, conferences and church services in many denominations. He has written over twenty books ranging from theology to church history to victorious living to family life, including the popular Spindles series for children. He is married to Vanessa and they have three adult children and twelve grandchildren.

It's Rigged in Your Favor: How Would You Live If You Knew You Wouldn't Fail?
Kevin L Zadai
Paperback