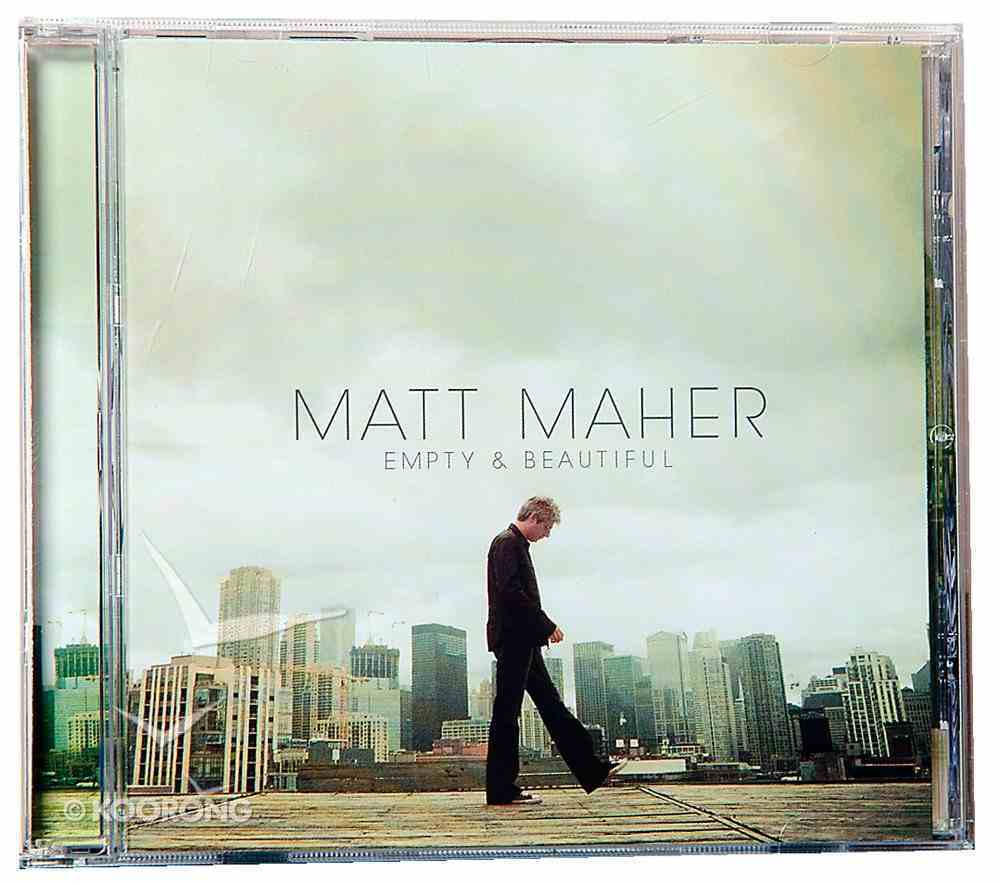 Singer/Songwriter/Worship Leader Matt Maher has signed with Provident Label Group’s Essential Records, and has announced the release of his 12-track debut album, Empty & Beautiful, which will hit stores April 8, 2008. On Empty & Beautiful, Maher breaks open the...

Over and Underneath
Tenth Avenue North
CD

No Turning Back
Brandon Heath
CD

Singer/Songwriter/Worship Leader Matt Maher has signed with Provident Label Group’s Essential Records, and has announced the release of his 12-track debut album, Empty & Beautiful, which will hit stores April 8, 2008. On Empty & Beautiful, Maher breaks open the two simple words in the title, through songs that are both corporate and reflective; driving and soft; each one telling the story from a different perspective. Empty & Beautiful was co-produced by Matt Maher and Jeff Thomas, except for, “As It Is In Heaven,” which was produced by Ed Cash (Chris Tomlin, Bebo Norman, Bethany Dillon).

^Maher describes the heart behind his Essential Records debut, “In life, we end up having to empty ourselves to achieve that which is beautiful. If you don’t, you never really get made beautiful. It’s a weird dichotomy, especially in the world we live in because there’s so much focus on beauty. The whole idea of having to empty one’s self to achieve beauty is completely counter cultural, but that’s what happens—marriage, service of the poor, sharing the beauty of the gospel. That’s what Christ calls us to do, and I hope these songs will help inspire people to follow Jesus in that way.”

Beyond serving with organizations like WorshipTogether.com, SpiritandSong.com, Passion, Youth Specialties, and Adore Ministries, Matt Maher is also a contributing artist for Life Teen, a high school youth movement that helped lead him to Jesus; his songs are being sung by the Church around the world. A number of Matt Maher-written songs have been recorded by other artists, including: “Your Grace is Enough,” Maher’s first radio single and a song for the church that was originally recorded by Maher’s good friend, Chris Tomlin; “Unwavering,” a reflection on the Beatitudes (recorded prior by Bethany Dillon); “For Your Glory,” a new testament response to the book of Ecclesiastes (recorded by Phillips, Craig and Dean).

With an incredible love for Christ, and a heart to reach people with the Gospel, Maher seeks to meet people where they are, not where he wishes they would be. Often referring to himself as a “musical missionary,” Maher, who also serves as part of the worship team at his home church in Mesa, Arizona, St. Timothy Catholic Community, shares, “It’s so important to stay in community when you want to write for the Church. That is where your songs come from; from your relationship with Christ, with your immediate family, and the family of believers.”

Born and raised in Newfoundland, Canada, Maher grew up in a strong culture comprised of two elements: music and tradition. Maher continues, “Music is part of the fabric of the culture there, similar to places like Louisiana or the Appalachian mountains; and over the years, not just Celtic music, but music of every kind. I grew up listening to American Top 40 with Casey Kasem every Saturday, rain or shine. My dad would cook while listening to Willie Nelson or Frank Sinatra. My cousins, who lived next door, listened to everything from Broadway to British Rock, like the Beatles and The Who.” Early in his life, Maher’s parents realized his talent for music and started him in piano lessons. He quickly absorbed as many musical styles as possible, playing in concert and jazz ensembles, singing in choir, and even playing in a high school garage rock band. During his college years, Matt received a scholarship from the Jazz Department at Arizona State University, where he studied Jazz Piano.
-Publisher.

:Singer/songwriter/worship leader Matt Maher is trying to live the call, as his debut album's title says, to be made Empty & Beautiful. Maher breaks open these two simple words in songs that are both corporate and reflective; driving and soft; each one telling the story from a different perspective.
-Publisher 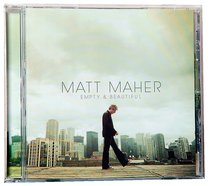 1. Your Grace Is Enough

Be One
Natalie Grant
CD