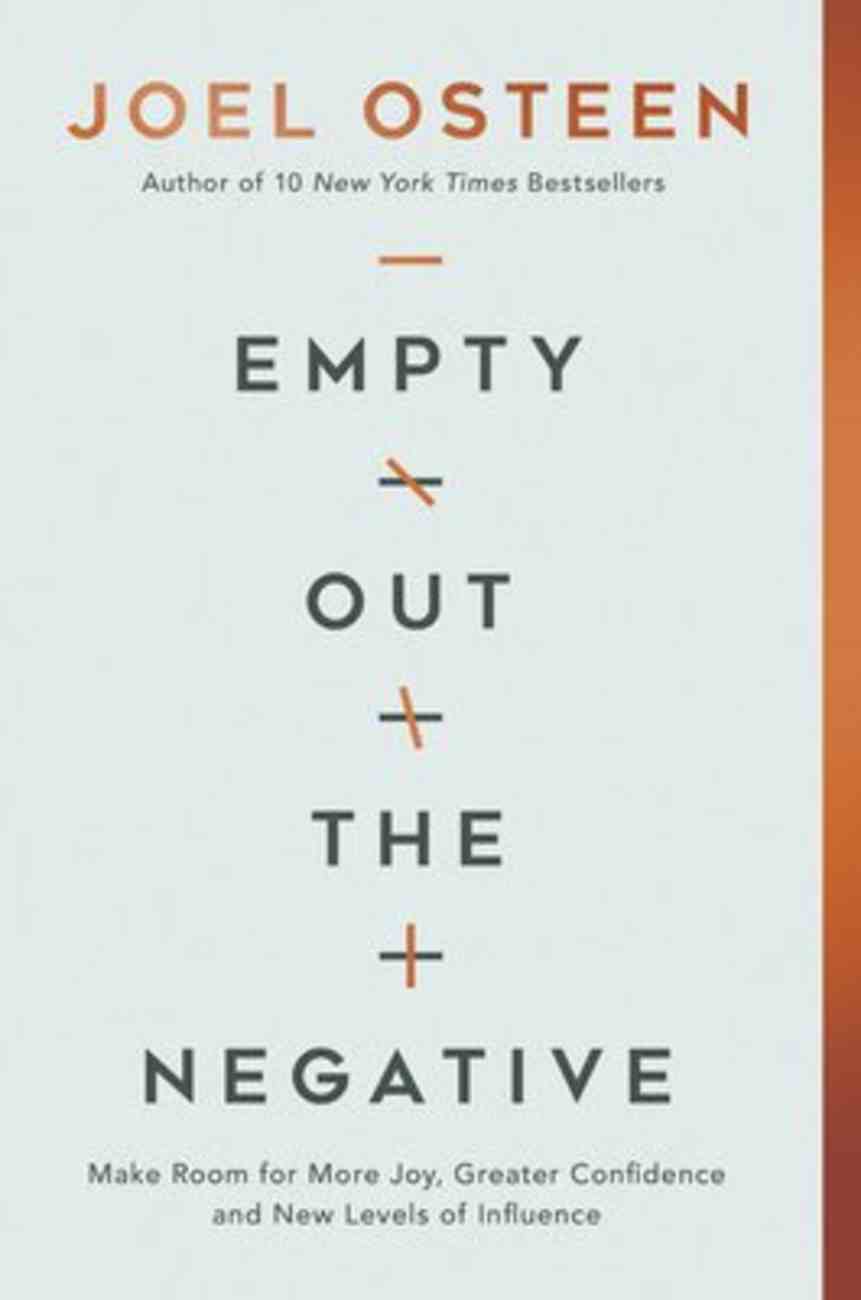 Empty Out the Negative: Make Room For More Joy, Greater Confidence, and New Levels of Influence

: Release the negative thoughts and feelings that are weighing you down and make room for the good things you should have in your life with #1 New York Times bestselling author Joel Osteen. ...

:
Release the negative thoughts and feelings that are weighing you down and make room for the good things you should have in your life with #1 New York Times bestselling author Joel Osteen.


You were created to be filled with joy, peace, confidence, and creativity. But it's easy to go through life holding on to things that weigh you down-guilt, resentment, doubt, worry. When you give space to these negative emotions, they take up space that you need for the good things that move you toward your destiny.


How much room are you giving to shame, to regret, to being against yourself? Whatever it is, it's too much. Life is too short for you to live bitter and discouraged, letting your circumstances hold you back. Every morning you have to empty out anything negative from the day before and put on a fresh new attitude. Power up and get your mind going in the right direction, and you'll step into all the new things God has in store for you.