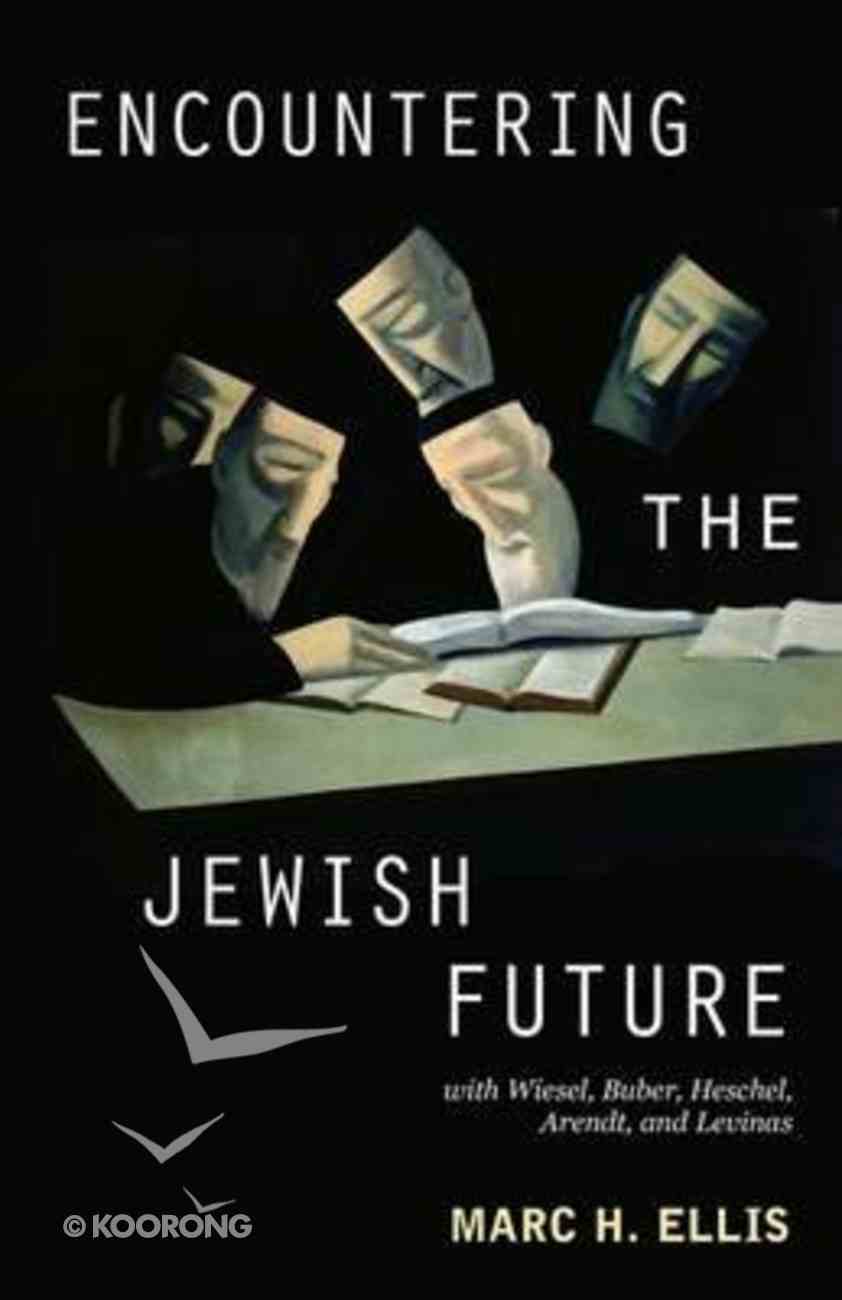 Marc Ellis maintains that the most vital questions about Judaism are prefigured in the work of Elie Wiesel, Martin Buber, Abraham Joshua Heschel, Hannah Arendt, and Emmanuel Levinas. Ellis's work is framed by encounters with each thinker's work, focusing on...

The Bible With and Without Jesus
Amy-jill Levine, Marc Zvi Brettler
eBook

Marc Ellis maintains that the most vital questions about Judaism are prefigured in the work of Elie Wiesel, Martin Buber, Abraham Joshua Heschel, Hannah Arendt, and Emmanuel Levinas. Ellis's work is framed by encounters with each thinker's work, focusing on topics of God, the Holocaust, the prophetic legacy, philosophical and ethical standpoints, and Jewish empowerment and dissent.Two generations after the Holocaust and Israel's founding, Ellis argues that the uncertain future of Judaism requires a deeply personal and intellectual exploration of Jewish tradition and identity, in conversation with the best philosophical and theological minds of recent years.
-Publisher

The most vital questions about Judaism-present and future-are prefigured, says Marc Ellis in the work of Elie Wiesel, Martin Buber, Abraham Joshua Heschel, Hannah Arendt, and Emmanuel Levinas. Ellis encounters each thinker to contemplate biblical, theological, and philosophical insights so to foster Jewish empowerment and to ensure a Jewish future.
-Publisher

Heschel received his doctorate at the Hochschule fur die Wissenschaft des Judentums in Berlin but was deported to Poland by the Nazis in 1938. He went to London in 1940 and after the war accepted a professorship in ethics and mysticism at the Jewish Theological Seminary in New York. Heschel articulated a depth theology, arguing that the divine-human encounter takes place at a deeper level than is attainable by the rational mind. Reaching out to skeptical Jews and seeking to make Judaism accessible and meaningful in the modern world, Heschel stressed the interdependence of God and humanity, and maintained that God recognizes and supports ethical human action and that humans express their faith through their actions. Heschel lived according to his word and played an active role in social change, including the civil rights movement.

Born in Hanover, Germany, Hannah Arendt received her doctorate from Heidelberg University in 1928. A victim of naziism, she fled Germany in 1933 for France, where she helped with the resettlement of Jewish children in Palestine. In 1941, she emigrated to the United States. Ten years later she became an American citizen. Arendt held numerous positions in her new country---research director of the Conference on Jewish Relations, chief editor of Schocken Books, and executive director of Jewish Cultural Reconstruction in New York City. A visiting professor at several universities, including the University of California, Columbia, and the University of Chicago, and university professor on the graduate faculty of the New School for Social Research, in 1959 she became the first woman appointed to a full professorship at Princeton. She also won a number of grants and fellowships. In 1967 she received the Sigmund Freud Prize of the German Akademie fur Sprache und Dichtung for her fine scholarly writing. Arendt was well equipped to write her superb The Origins of Totalitarianism (1951) which David Riesman called "an achievement in historiography." In his view, "such an experience in understanding our times as this book provides is itself a social force not to be underestimated." Arendt's study of Adolf Eichmann at his trial---Eichmann in Jerusalem (1963)---part of which appeared originally in The New Yorker, was a painfully searching investigation into what made the Nazi persecutor tick. In it, she states that the trial of this Nazi illustrates the "banality of evil." In 1968, she published Men in Dark Times, which includes essays on Hermann Broch, Walter Benjamin, and Bertolt Brecht (see Vol. 2), as well as an interesting characterization of Pope John XXIII.

Author of more than forty internationally acclaimed works of fiction and nonfiction, Elie Wiesel was awarded the Nobel Peace Prize in 1986. He is Andrew W. Mellon Professor in the Humanities and University Professor at Boston University. He lives in New York City.

Martin Buber was born in Vienna, the son of Solomon Buber, a scholar of Midrashic and medieval literature. Martin Buber studied at the universities of Vienna, Leipzig, Zurich, and Berlin, under Wilhelm Dilthey and Georg Simmel. As a young student, he joined the Zionist movement, advocating the renewal of Jewish culture as opposed to Theodor Herzl's political Zionism. At age 26 he became interested in Hasidic thought and translated the tales of Nahman of Bratslav. Hasidism had a profound impact on Buber's thought. He credited it as being the inspiration for his theories of spirituality, community, and dialogue. Buber is responsible for bringing Hasidism to the attention of young German intellectuals who previously had scorned it as the product of ignorant eastern European Jewish peasants. Buber also wrote about utopian socialism, education, Zionism, and respect for the Palestinian Arabs, and, with Franz Rosenzweig, he translated the Bible. He was appointed to a professorship at the University of Frankfurt in 1925, but, when the Nazis came to power, he received an appointment at the Hebrew University of Jerusalem. Buber died in 1965.

A Shelter in the Time of Storm
Paul David Tripp
eAudio

The Irrevocable Calling: Israel's Role as a Light to the Nations
Daniel Juster
Paperback