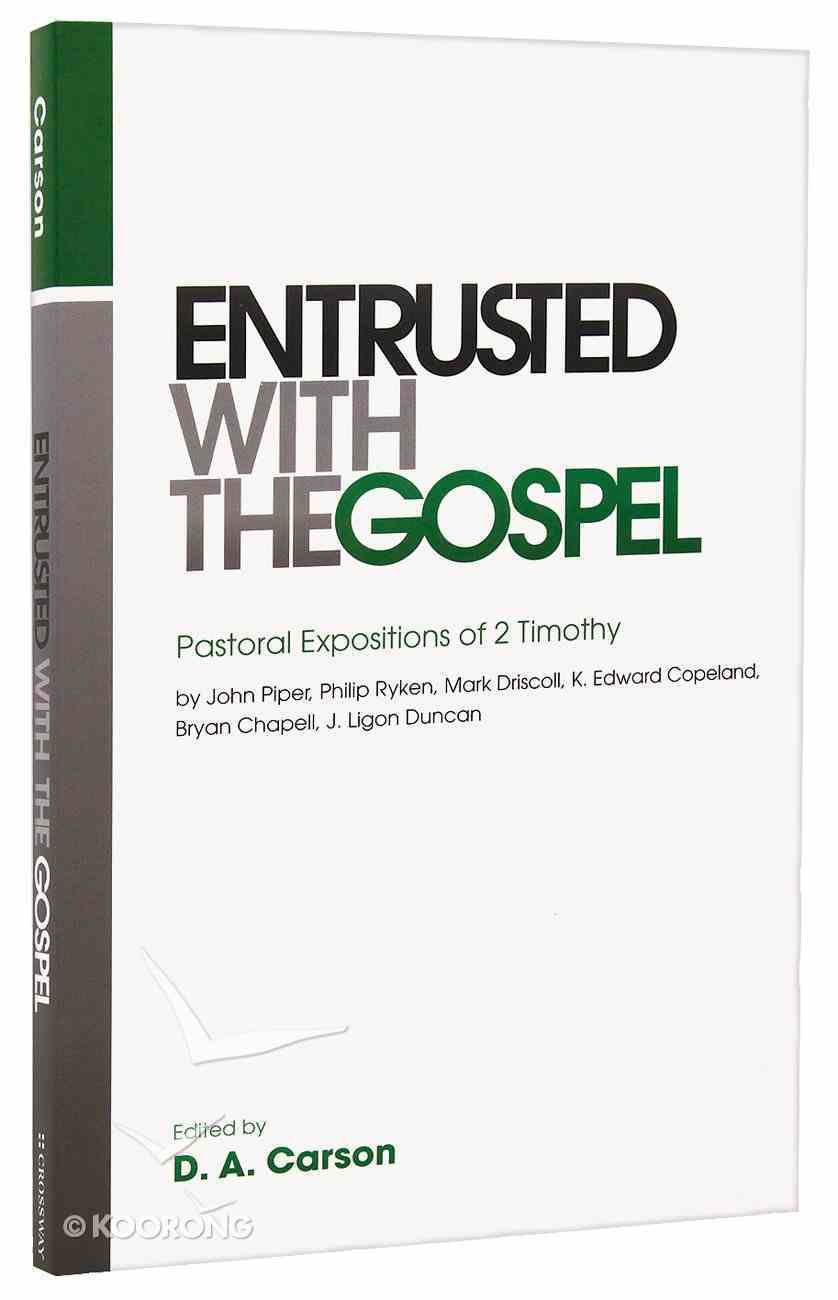 Entrusted With the Gospel: Pastoral Expositions of 2 Timothy

A collection of six sermons from the Gospel Coalition urging pastors to stay faithful to the ministry of gospel-centered preaching. The church needs a strong reminder of the glorious weight of Scripture. The Bible is preached from the pulpit less...

Centrality of the Church, The: Practicing the Ways of God With the People of God (The Kingdom Pastor's Library Series)
Tony Evans
Hardback

A collection of six sermons from the Gospel Coalition urging pastors to stay faithful to the ministry of gospel-centered preaching.
The church needs a strong reminder of the glorious weight of Scripture. The Bible is preached from the pulpit less and less, and we need to return to what is most important. The Gospel Coalition seeks to address this need. It exists "to be robustly biblical, richly theological, constantly elevating what God himself in his own Word makes central."
Stemming from the coalition's 2009 National Conference and edited by D. A. Carson, this book explores the great responsibility of being entrusted with the gospel. Through six sermons expositing 2 Timothy, John Piper, Phil Ryken, Mark Driscoll, Edward Copeland, Bryan Chapell, and Ligon Duncan model faithful preaching rooted in Scripture.
These pastors take up such themes as unashamed courage in gospel preaching, rightly dividing the word of truth, pitfalls and parodies of ministry, and finishing well.

Pastor Mark Driscoll founded Mars Hill Church in Seattle in the fall of 1996, which has grown to over 6,000 people in one of America's least churched cities. He co-founded and is president of the Acts 29 Church Planting Network, which has planted over one hundred churches in the U.S. and internationally.
The Resurgence Missional Theology Cooperative Outreach magazine has recognized Mars Hill Church as the ninth most innovative and fifteenth fastest-growing church in America. His writing includes the books The Radical Reformission: Reaching Out Without Selling Out, Confessions of a Reformission Rev.: Hard Lessons from an Emerging Missional Church. He also contributed to the book Listening to the Beliefs of Emerging Churches. His most recent publications are Vintage Jesus: Timeless Answers to Timely Questions and Death by Love: Letters from the Cross.
-Editorial Review.

Duncan is the senior minister of First Presbyterian Church, Jackson, Mississippi. He serves on the Council on Biblical Manhood and Womanhood and the Alliance of Confessing Evangelicals.

Radical Together: Unleashing the People of God For the Purpose of God
David Platt
Paperback