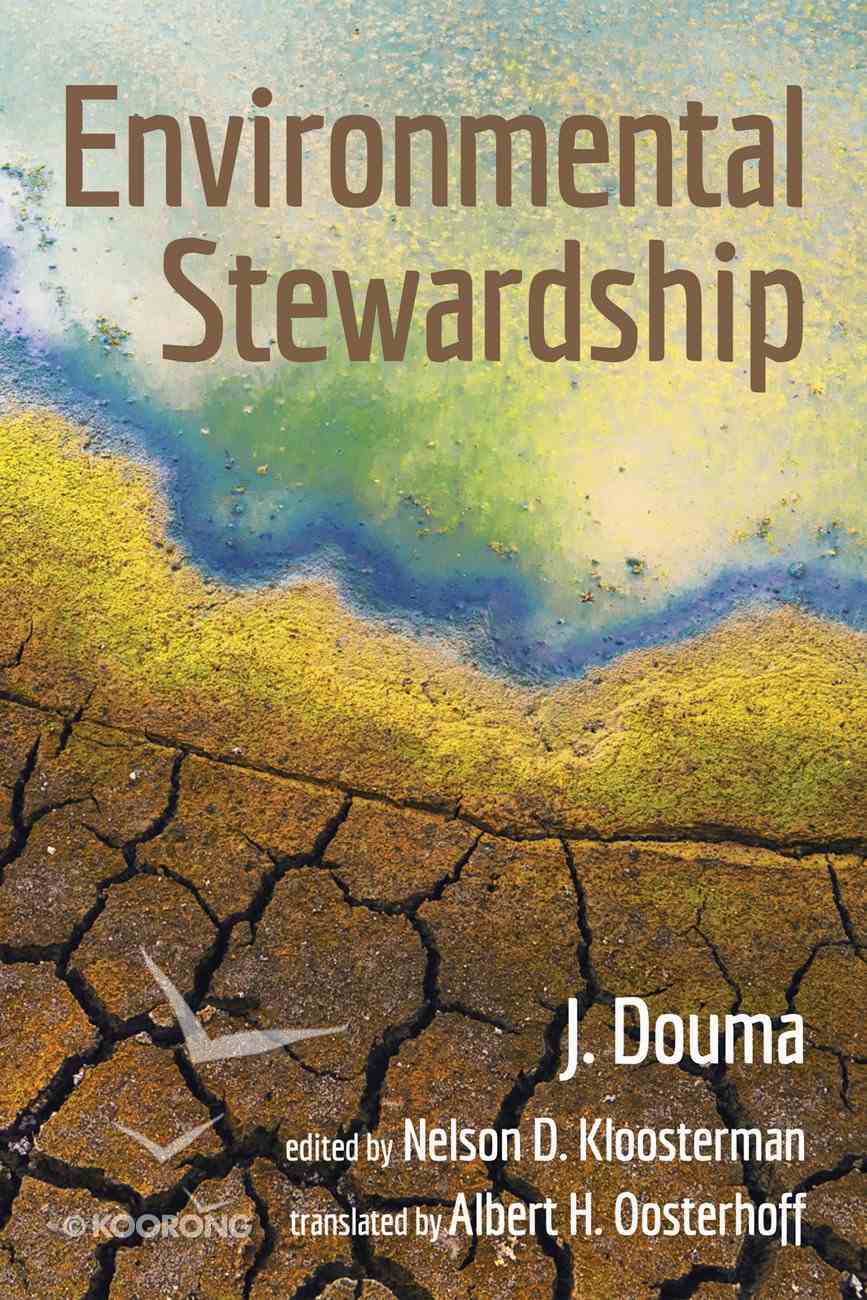 If any single word in the Christian vocabulary captures our relationship to--and responsibility for--the environment, that word is stewardship. It is a word that brings into view the relationship between humanity and the natural world of water, land, animals, and...

If any single word in the Christian vocabulary captures our relationship to--and responsibility for--the environment, that word is stewardship. It is a word that brings into view the relationship between humanity and the natural world of water, land, animals, and fellow human beings. Nevertheless, today, some people think Christianity, especially Calvinism, is largely responsible for many of our environmental problems. The language of exercising dominion, subduing the earth, creation mandate, and technological progress somehow suggests abuse, exploitation, and pollution. But are these criticisms correct? In this book you will receive an honest and clearheaded analysis from a Christian perspective of our role as human beings in caring for the environment, along with careful explanation of important Bible passages and teachings relating to environmental stewardship. What about humanity's relationship to the earth, to animals, to their own genetic capacities? What about genetic screening? Germline therapy? Eugenics? When do science and scientific experimentation cross the moral boundary line? This primer will introduce you to this timely moral discussion, while placing before your eyes with honest detail both the damage resulting from our human interaction with the creation, and our personal duties toward the Creator of this earth. ""Douma answers the question, 'How should Christians respond to environmental issues?' by accepting the reality of the environmental crisis and the relevance of scriptural teaching. His response to those who blame Christianity for environmental degradation is as thoughtful and challenging as it is unique. Teachers and students alike will appreciate Douma's ability to clarify the major ideas and issues on contemporary environmental concerns in a succinct and readable way."" --Stephen M. Vantassel, Program Coordinator of Wildlife Damage Management, University of Nebraska-Lincoln ""Should Christians embrace the insights from pagan religion on the environment? Should they be content to oppose what Peter Singer calls speciesism? Are such practices as recycling and legitimate genetic therapy enough? Of the many emerging studies of environmental issues from a biblical point of view, this one is easily the best. Douma combines rich exegesis with a penetrating analysis of the greatest contemporary challenges: animal protection, nuclear waste, population control, genetic engineering, and many more. He aims at examining attitudes as well as issues. A real classic."" --William Edgar, Professor of Apologetics, Westminster Theological Seminary J. Douma is Professor Emeritus of Ethics at the Kampen Theological University of the Reformed Churches in Netherlands (Liberated). As a Reformed theologian, he has written comprehensively and pastorally on various subjects in the field of Christian ethics. Two of his works have been translated into English: The Ten Commandments: Manual for the Christian Life (1996), and Responsible Conduct: Principles of Christian Ethics (2003).
-Publisher

J. Douma was professor of Christian ethics at the Theological University in Kampen from 1970 to his retirement in 1997. Among his publications is The Ten Commandments. A

Hope in the Age of Climate Change
Chris Doran
eBook