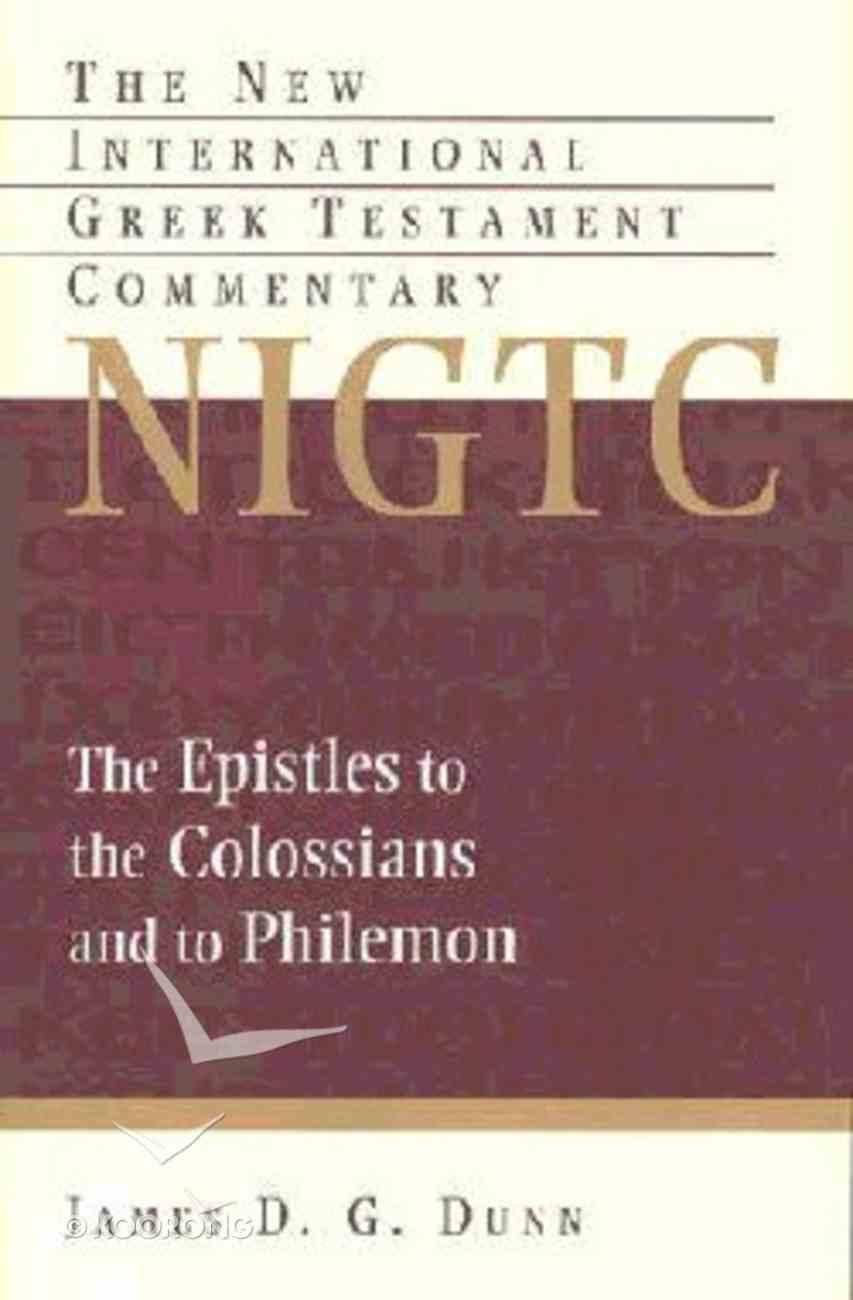 Paul's Epistle to the Colossians merits detailed study for at least two reasons. First, it provides an unexpectedly interesting window into the character of Christianity in Asia Minor in the second half of the first century. With the information it...

Paul's Epistle to the Colossians merits detailed study for at least two reasons. First, it provides an unexpectedly interesting window into the character of Christianity in Asia Minor in the second half of the first century. With the information it gives about the religious tensions within which emergent Christianity was caught up, not least those between Christianity and diaspora Judaism, we begin to gain more insight into the influences and factors that shaped the transition from apostolic to subapostolic Christianity in the region.

Second, Colossians represents a crucial stage in the development of Pauline theology itself. Whether it was written at the end of Paul's life or soon after his death, it indicates how Pauline theology retained its own vital character and did not die with Paul.

In this volume in the celebrated New International Greek Testament Commentary, James D. G. Dunn, author of numerous well-received works on the historical origin and theological interpretation of the New Testament, provides detailed expositions of the text of Paul's letters to the Colossians and to Philemon.

Dunn examines each of these letters within the context of the Jewish and Hellenistic cultures in the first century, and discusses the place of Colossians and Philemon in the relationship between the Pauline mission and the early churches that received these letters. Particular stress is also placed on the role of faith in Jesus Christ within and over against Judaism and on the counsel of these two important letters with regard to the shaping of human relationships in the community of faith.

"Even if he did not agree with all of the exegetical opinions expressed, J. B. Lightfoot would undoubtedly be proud of his indirect association with this sterling commentary by the Lightfoot Professor at Durham, which gives further evidence of James D.G. Dunn's characteristic attention to detail, mastery of ancient parallels and modern scholarship, and grasp of theological issues."
Murray J. Harris, Trinity Evangelical Divinity School
-Publisher.

In this detailed exposition of Paul's letters to the Colossians and Philemon, noted scholar Dunn gives you a dynamic picture of the life of the early church and, in particular, Paul's mission to the Colossians. Verse-by-verse commentary; extensive introductions that discuss authorship, dating, and structure; and an examination of the "trouble" at Colossae show you how faith in Christ shaped a community of believers.
-Publisher

Dunn's study of the Epistles to the Colossians and to Philemon is a contribution to The New International Greek Testament Commentary. While interacting with significant modern New Testament research, the contributors also keep in mind the needs of beginning Greek students and of pastors or laypersons not presently engaged in the study of Greek.
-Publisher

James D G Dunn (Ph.D., Cambridge, D.D.) is Lightfoot Professor Emeritus of Divinity in the University of Durham, England. He is the author of numerous books on the New Testament, including several important commentaries on various epistles of Paul, Romans 1-8, Romans 9-16 (Word Biblical Commentary, 2 vols.), Galatians (Black's New Testament Commentaries), and Colossians and Philemon (New International Greek Testament Commentary) and Christian Liberty: A New Testament Perspective (with Alan M. Suggate), The Justice of God: A Fresh Look at the Old Doctrine of Justification by Faith. His expertise on oral transmission is captured in the two volumes Jesus Remembered: Christianity in the Making, Volume 1 and Beginning from Jerusalem: Christianity in the Making, Volume 2 .