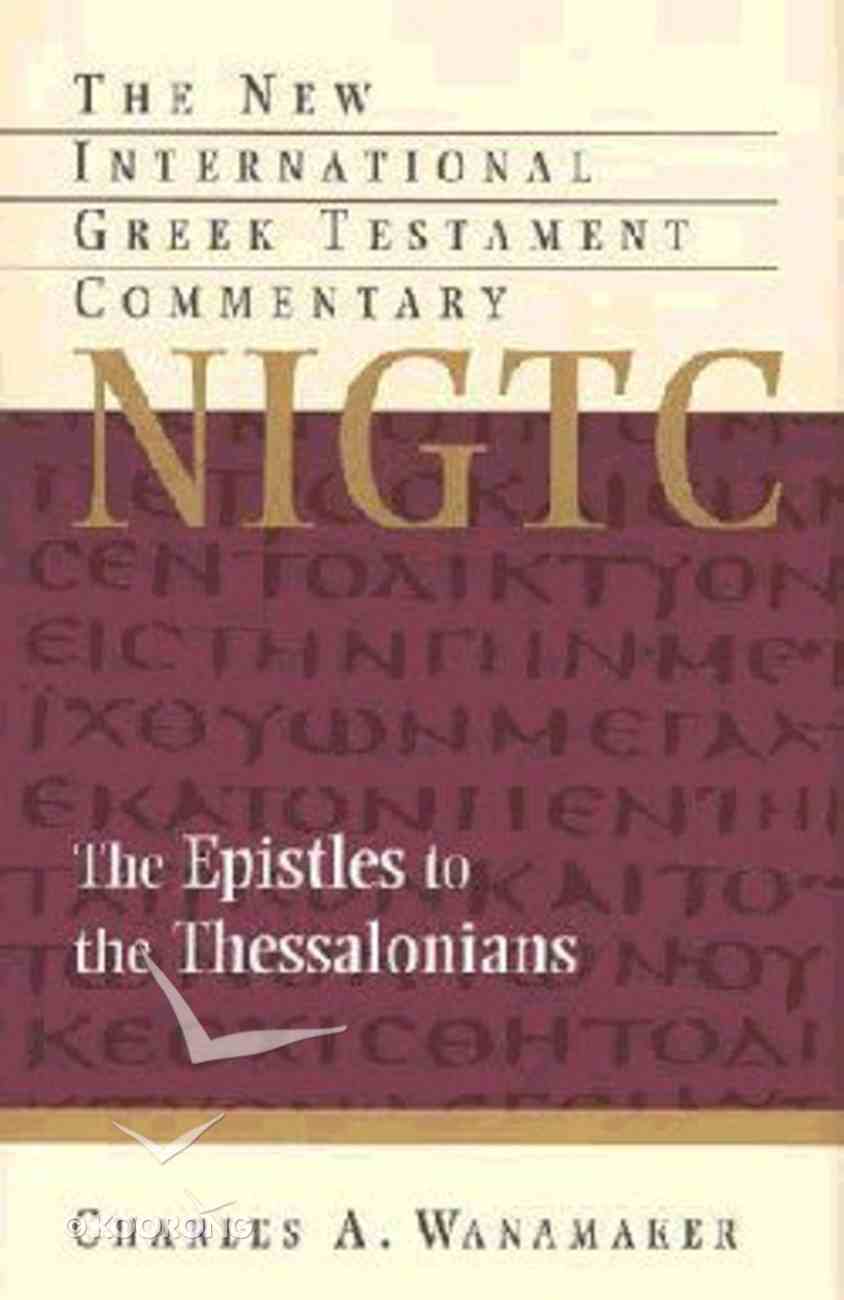 The letters of Paul to the newly founded Christian community at Thessalonica hold a special place within the Christian tradition as possibly the earliest extant Christian writings. They are also of special interest not only for their theological value but...

The First and Second Epistles to the Thessalonians
Leon Morris
Paperback

The letters of Paul to the newly founded Christian community at Thessalonica hold a special place within the Christian tradition as possibly the earliest extant Christian writings. They are also of special interest not only for their theological value but for their sociological context. Among the communities established by Paul, the church at Thessalonica appears to have been the only one to have suffered serious external oppression. These two important epistles, then, speak uniquely to contemporary Christians living in a society often ideologically, if not politically, opposed to Christian faith.

In this innovative commentary Charles A. Wanamaker incorporates what may he called a social science approach to the study of 1 and 2 Thessalonians, taking into full account the social context that gave rise to Paul's correspondence. While Wanamaker in no way ignores traditional historical-critical, linguistic, literary, and theological approaches to writing a commentaryin fact, at several points he makes a significant contribution to the questions raised by traditional exegesisat the same time he goes beyond previous commentaries on the Thessalonian correspondence by taking seriously the social dimensions both of Christianity at Thessalonica and of the texts of 1 and 2 Thessalonians themselves. In blending traditional exegetical methods with this newer approach, Wanamaker seeks to understand Pauline Christianity at Thessalonica as a socio-religious movement in the first-century Greco-Roman world and attempts to grasp the social character and functions of Paul's letters within this context.

A significant and original addition to the literature on 1 and 2 Thessalonians, this commentary will be valuable to scholars, pastors, and students alike.

The text on which these commentaries are based is the UBS Greek New Testament, edited by Kurt Aland and others. While engaging the major questions of text and interpretation at a scholarly level, the authors keep in mind the needs of the beginning student of Greek as well as the pastor or layperson who may have studied the language at some time but does not now use it on a regular basis.
-Publisher.

Wanamaker's study on the Epistles to the Thessalonians is a contribution to The New International Greek Testament Commentary, a series based on the UBS Greek New Testament, and which strives to provide thorough exegesis of the text that is sensitive to theological themes as well as to the details of the historical, linguistic, and textual context.
-Publisher

Charles A. Wanamaker is associate Professor in the Department of Religious Studies and director of postgraduate studies at the University of Cape Town, South Africa. He received his doctorate in New Testament studies at the University of Durham under C. K. Barrett. With a special interest in the application of socio-rhetorical analysis to the study of the writings of Paul. He is currently working on a socio-rhetorical commentary on 1 Corinthians.