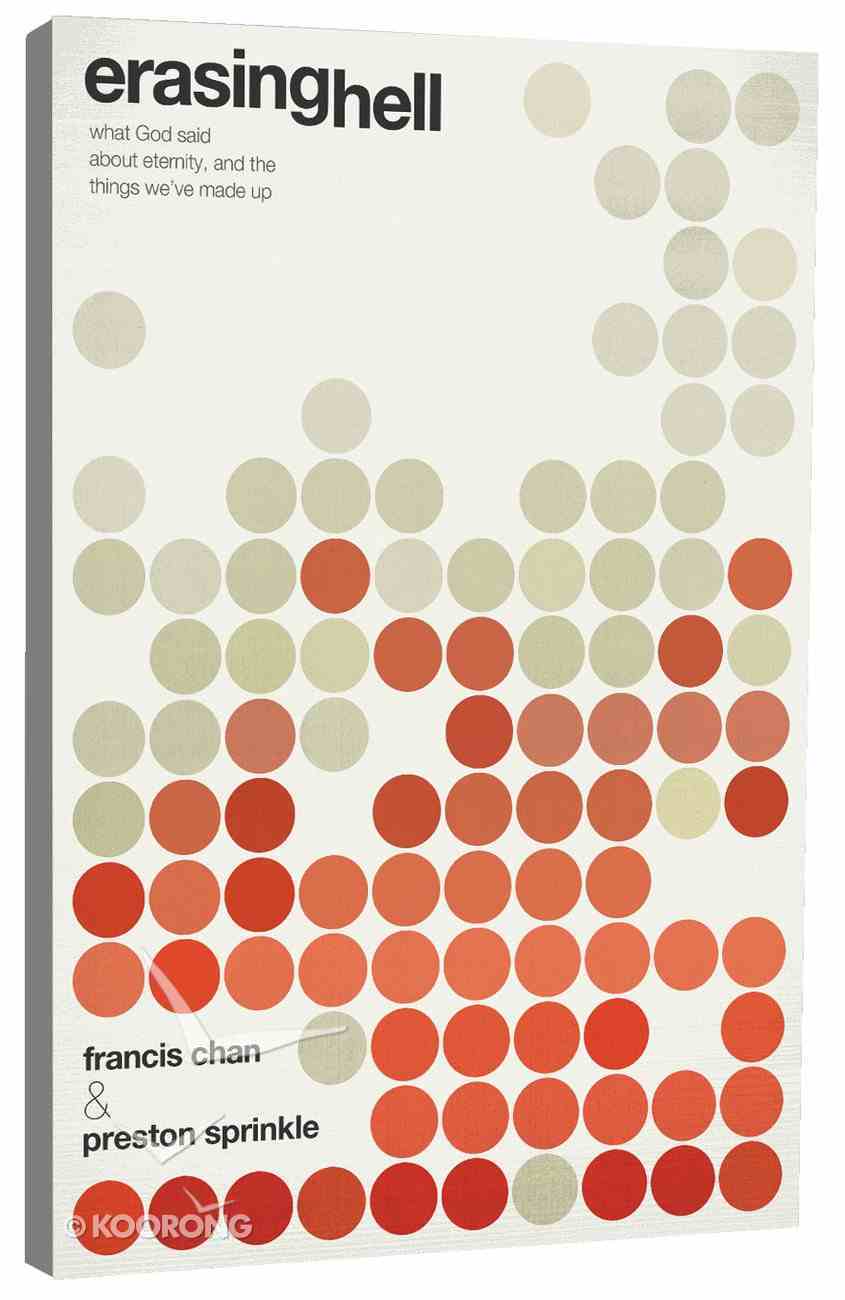 In this groundbreaking new book, which interacts witht Rob Bell's Love Wins , Francis Chan and Preston Sprinkle take on the topic of hell and our eternal destiny, with a sense of humility and a deep respect for the inspired...

50+ available
Expected to ship within 12 hours from Australia.
Learn More
Free Shipping
for orders over $99.

In this groundbreaking new book, which interacts witht Rob Bell's Love Wins, Francis Chan and Preston Sprinkle take on the topic of hell and our eternal destiny, with a sense of humility and a deep respect for the inspired Word of God. They will address questions such as "Will everyone be saved?" and "Does God Get What He Wants in the End?" as well as reviewing in depth, everything Jesus said about Hell.

However, the authors warn that we have to guard ourselves against "a heartlessness" when we talk about this theology and this doctrine, because ultimately this is about people. Chan and Sprinkle lay all the evidence on the table and present all the facts from Scripture, so that people can decide what to believe for themselves.^
-Publisher.

Addressing a variety of views on hell, the Bible, and the character of God, Francis Chan and Preston Sprinkle offer an eloquent response to the recent media storm surrounding questions of eternal destiny.

How could a loving God send people to hell? Will people have a chance after they die to believe in Jesus and go to heaven?


With a humble respect for God's Word, Francis Chan and Preston Sprinkle address the deepest questions you have about eternal destiny. They've asked the same questions. Like you, sometimes they just don't want to believe in hell. But as they write, "We cannot afford to be wrong on this issue."


Erasing Hell will immerse you in the truth of Scripture as, together with the authors, you find not only the truth but the courage to live it out.

Preston M. Sprinkle (Ph.D., University of Aberdeen) is Associate Professor of Biblical Studies at Eternity Bible College, Simi Valley, California. He is the author of Law and Life: The Use of Leviticus 18:5 in Early Jewish and Christian Interpretation (WUNT 2/241; Tubingen: Mohr-Siebeck, 2008); Paul and Judaism Revisited; Erasing Hell with Francis Chan and The Gospel of Luke (The Brill New Testament Exegetical Commentary; Leiden: Brill)
Koorong -Editorial Review.